Dad Whose 300,000-Mile Search For His Snatched Son Inspired A Movie Finally Gets His Happy Ending

After robberies, despair and sleeping rough, a father is reunited with the son who was kidnapped 24 years ago.
By Emily Wu July 13, 2021
Facebook
Twitter
Linkedin
Email 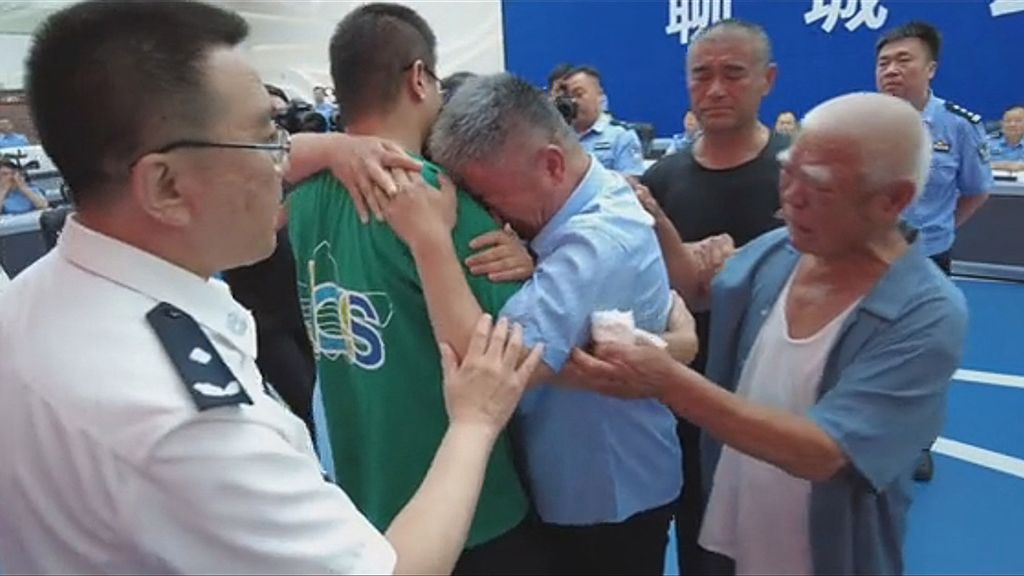 A Shandong man is reunited with abducted son after 24 years. (Anti-Abduction Office China/Zenger)

A father whose son was kidnapped 24 years ago spent much of the time since traveling 310,000 miles around China searching for him.

He has finally been reunited with his lost boy.

Guo Gangtang’s son vanished while sitting outside his home in Shandong in 1997, and like many children snatched by human traffickers, was sold to a family that wanted to adopt a child in Henan province.

Thousands of children are taken in China every year. The Chinese government claims fewer than 10,000 children are kidnaped each year, but the U.S. State Department puts the number closer to twice that.

The devoted dad, who was devastated by the loss, then set off on a 24-year, 20-province campaign to find the boy. Guo spent everything the family had and even slept under bridges as he traveled in a seemingly endless, fruitless search.

The tragic story inspired a 2015 film featuring the Hong Kong actor Andy Lau, titled “Lost and Love.” When Lau heard about the recent reunion of father and son, he posted an online video saying: “I pay tribute to your determination and the years of effort, together with those that supported you from the public security services. I hope everyone can join me to support anti-human trafficking, and that more distraught families can be reunited soon.“

During his search, the determined dad went through 10 motorbikes, was robbed and suffered injuries from a variety of accidents. He carried his life in a bag and a flag with the picture of the lost boy. He also inspired other families to search for children.

Many were reunited, in part through a website he created. Yet his own son, who his birth parents had named Xinzhen, remained elusive.

His ordeal ended when the police were able to provide a DNA match and the family was reunited July 11.

The 51-year-old father said it was a dream come true after he was able to hold his now 26-year-old son in his arms.

“I have lived a life of sadness, but now that my boy has been found there will be only happiness from now on,” the father said.

The missing boy, who was sold to adoptive parents, went to university and now works as a teacher, a highly prized government job in China.

China’s Ministry of Public Security announced on Tuesday it had confirmed the identity of the missing boy via DNA taken in June. Police had tracked down the couple who stole the boy in North China’s Shanxi Province.

The couple have only been identified by authorities only as Mr. Hu and Ms. Tang, The pair were reportedly in a relationship at the time and allegedly abducted the boy.

They have apparently both been arrested and an abduction investigation is underway.

The woman allegedly grabbed the boy and then rushed to the train station where she met her boyfriend. They then traveled to Henan province to sell him.

No information was immediately available on the parents who bought the boy.