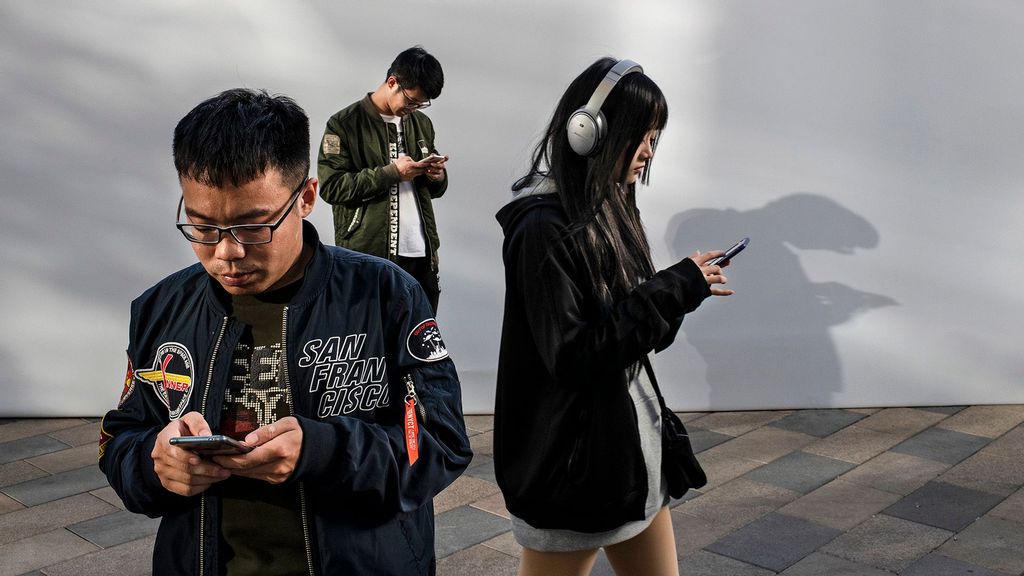 People look a their mobile phones at  a luxury mall in Beijing, China. (Kevin Frayer/Getty Images)

However, a merger between Huya and DouYu would give Tencent sole control of the merged entity, further strengthening Tencent’s dominance in the game live-streaming market, as per a media report.

Tencent has separate control of Huya and joint control of DouYu, ranking first and maintaining over 40 percent of the online games market. 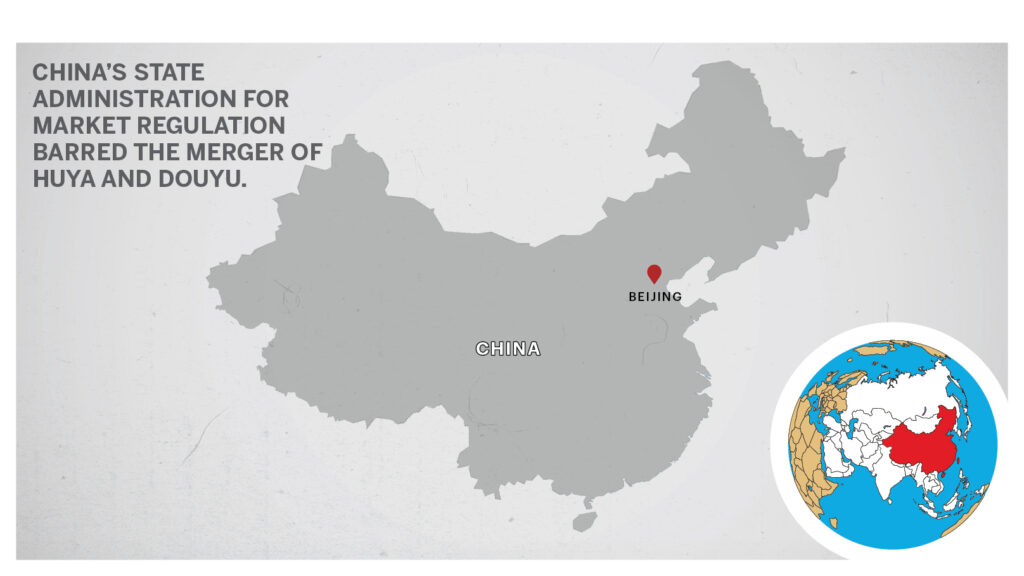 Huya and DouYu separately have 40 percent and 30 percent share of the game live-streaming market, ranking first and second in China, as per a Chinese media report.

“If Huya and Douyu merged, that would further strengthen Tencent’s dominant position in the video game live-streaming market,” the Chinese regulator said.

Tencent said in a statement that it “will abide by the decision, comply with all regulatory requirements, operate under applicable laws and regulations, and fulfill our social responsibilities.”

DouYu released a statement on the merger termination on July 12.

“DouYu fully respects and will abide by the State Administration for Market Regulation decision, and will comply with all regulatory requirements, conduct its businesses under the applicable laws and regulations, and fulfill its social responsibilities.”

The Chinese Cyberspace Administration ordered online mobile app stores to take ride-hailing app Didi Chuxing off their shelves due to “serious violations of law and regulation“ in the collection and use of personal information.

The Chinese watchdog said the application severely violated relevant laws and regulations while collecting and abusing user data. The regulator told the ride-hailing company to take concrete measures to fix the loopholes under the law and national standards.

Liu Dingding, a Beijing-based independent tech analyst, said that given the current situation, more Chinese firms that intend to list in the United States would have a second thought amid the country’s tightening security on data protection.

Other experts believe that the review is another example of Beijing’s crackdown on influential Information Technology giants. Earlier this April, the Chinese government imposed a massive fine of $2.75 billion on Chinese e-commerce giant Alibaba Group.