Apple's Macbook Pro Touch Bar could be done away with, while the future iPad Mini could sport an LED display.
By Zenger News Desk July 13, 2021
Facebook
Twitter
Linkedin
Email 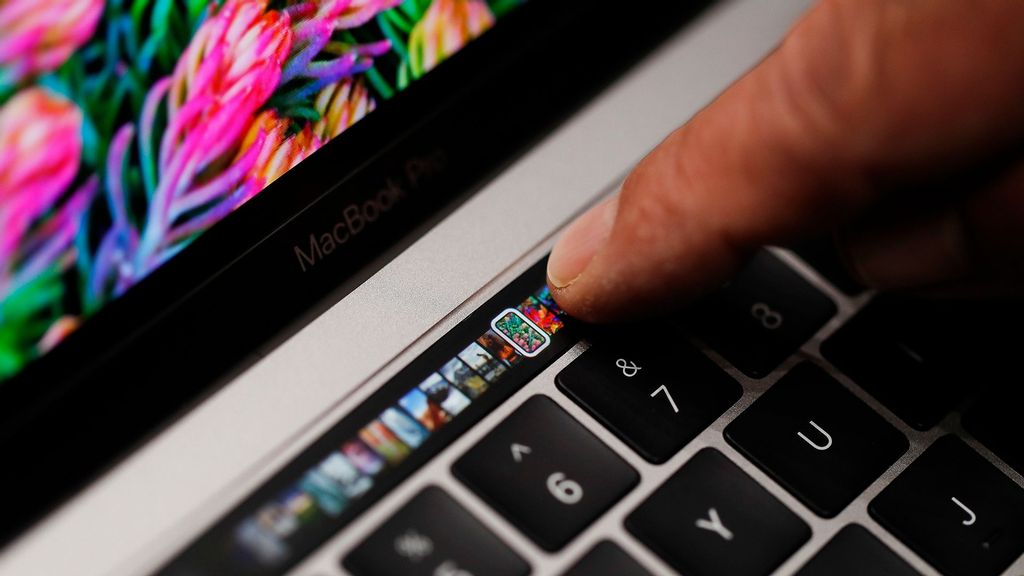 Apple is expected to release its next lineup of MacBook Pros later this year and a lot of rumours point to a fact that the infamous Touch Bar may be gotten rid of. (Stephen Lam/Getty Images)

CUPERTINO, Calif. — It is still months until Apple rolls out the new MacBook and iPad, but rumors suggest that the Touch Bar may be excluded altogether from the MacBook Pro coming later this year.

The new MacBook Pros are said to feature a new generation of Apple Silicon processors and a shiny new design.

The surprise rumor is that the Touch Bar is going to be replaced by a more regular row of functional keys, a change that wasn’t required in the first place.

The Touch Bar was first introduced to a handful of MacBook Pro models in 2016. It is an OLED touchscreen that sits just above the MacBook Pro keyboard.

Its dynamic controls offer users shortcuts relevant to what content is on the most screen. It also offers quick access to system-level shortcuts.

As per consultancy and research firm Display Supply Chain Consultants, Apple is removing the Touch Bar from future MacBook Pro devices, despite it being the third largest use of OLED displays.

“Touch Bars continue to be the #3 application with an 18 percent unit share and 1.2 percent revenue share in Q1’21,” Display Supply Chain Consultants said.

“We expect Touch Bars to be exceeded by tablets when Apple starts the adoption of the 10.9 AMOLED iPad. Further, our sources suggest that Apple may cancel the Touch Bar in the future.”

Other rumors about the upcoming lineup include a clear HDMI port, a USB-C/Thunderbolt port, two USB-C ports, and an SD card slot.

As for users who prefer moderately large iPads, the word is out that the 11-inch iPad Pro might be getting a mini-LED display next year.

Apple is planning to add a Mini LED screen to the 11-inch iPad Pro in 2022, following the introduction of the technology on this year’s 12.9-inch model, according to a research note by analyst Ming-Chi Kuo.

The iPhone maker released new versions of the 11-inch and 12.9-inch iPad Pro this year, both featuring M1 processors, but only the larger model included a Mini LED display.

Kuo also said that Apple is planning to bring Mini LED screens to the MacBook line.

14-inch and 16-inch Mini LED models are reportedly going into production in the third quarter of 2021, while Kuo believes a redesigned MacBook Air with the display technology will be released in 2022.

The Mini LED technology was reported to have been the cause of supply constraints for the new iPad Pro before it launched earlier this year.

The device still isn’t readily available in stock, with Apple estimating shipping times of between two and three weeks for most models on its U.S. website.

Both the Macbook Pro and the iPad Pro are rumored to be in for design overhauls, but particularly the 2022 iPad Pro. A recent media report also said that the iPad Pro could support wireless charging, as Apple is said to be testing a glass back to enable it and simultaneously looking to introduce OLED display panels in 2022.