The duo that got married in 2017 welcomed their daughter on January 11 this year. 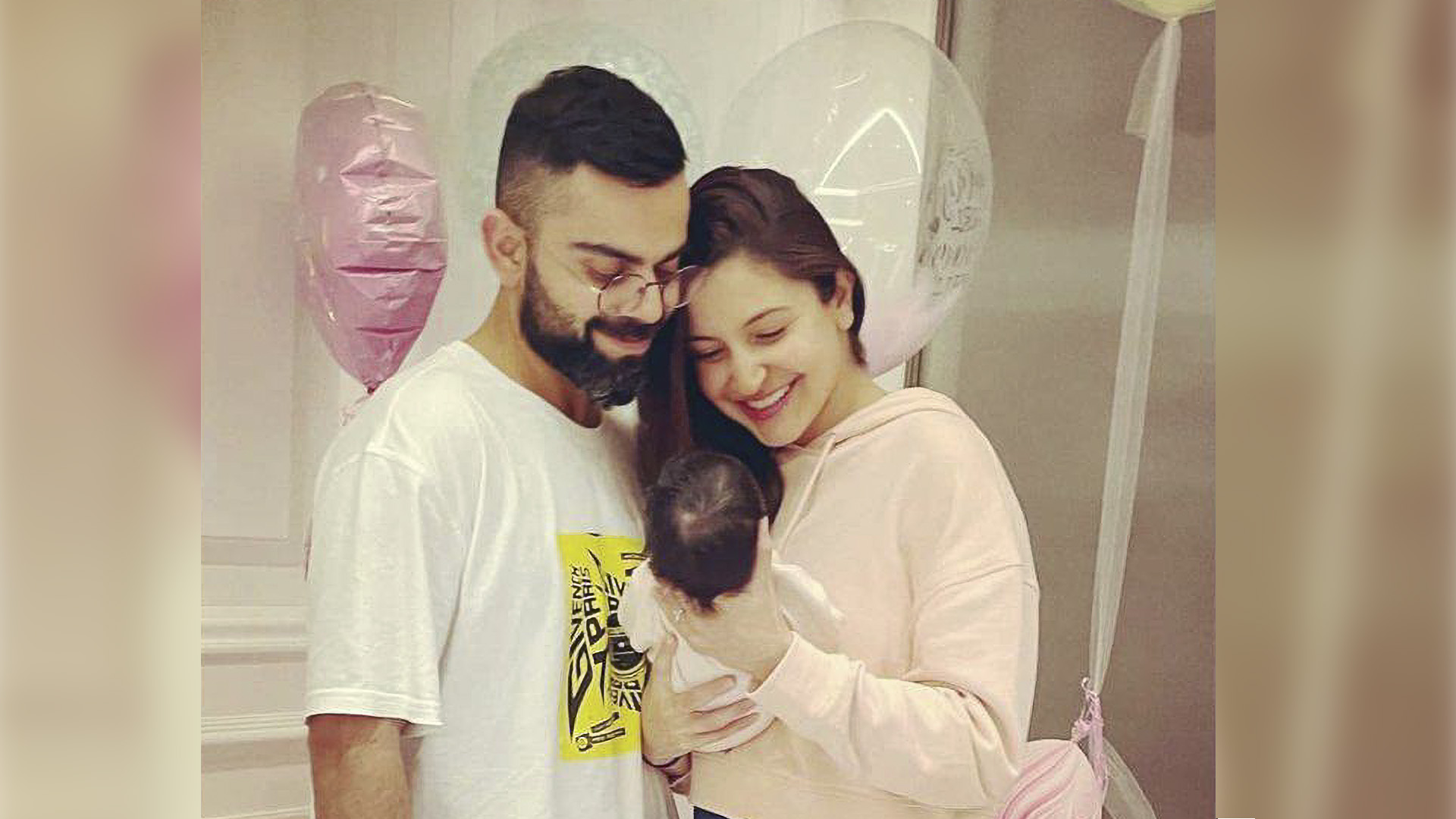 Anushka Sharma and India skipper Virat Kohli have tried to keep their daughter away from the public eye. (Anushka Sharma/Facebook)

The family flew to England in June for the World Test Championship (WTC).

Sharma shared a few pictures from the celebration and penned a heartfelt note.

“Her one smile can change our whole world around! I hope we can both live up to the love with which you look at us, little one. Happy six months to us three,” she wrote.

In the first picture, Sharma can be seen lying down on a sheet with Vamika on her chest while the actor points at something in the sky. Sharma is dressed in a pink shirt with blue jeans.

The second picture shows Kohli hugging the little one. Vamika is seen wearing a pink and peach striped dress with pink boots.

The “Sultan” actor also shared a picture of the cake, decorated with flowers.

Kohli and Sharma had welcomed their daughter at Mumbai’s Breach Candy hospital on January 11. Last year in August, the couple had announced that they were expecting their first child in January 2021.

On the arrival of his daughter, Kohli took to his Twitter handle to announce the news and requested the family’s privacy at the moment.

“We are thrilled to share with you that we have been blessed with a baby girl this afternoon,” he wrote.

“We thank you all for your love, prayers, and good wishes.”

“Anushka and the baby are both healthy, and we are feeling beyond blessed to start this new chapter of our lives. We hope that you can respect our privacy at this time.”

Sharma’s first post about her daughter was when the couple decided to share her name with the world.

She shared a photo of her and Kohli holding baby Vamika and thanked everyone for their wishes.

“We have lived together with love, presence, and gratitude as a way of life, but this little one, Vamika, has taken it to a whole new level!” she wrote.

“Tears, laughter, worry, bliss — emotions that have been experienced in a span of minutes sometimes!”

“Sleep is elusive, but our hearts are SO full. Thanking you all for your wishes, prayers, and good energy.”

The duo got married in a fairytale wedding, which only the couple’s family and friends attended, on December 11, 2017. Post their nuptials in Italy; the couple hosted grand receptions in Delhi and Mumbai.

The couple had reportedly first met on a commercial set and dated for four years before getting hitched.