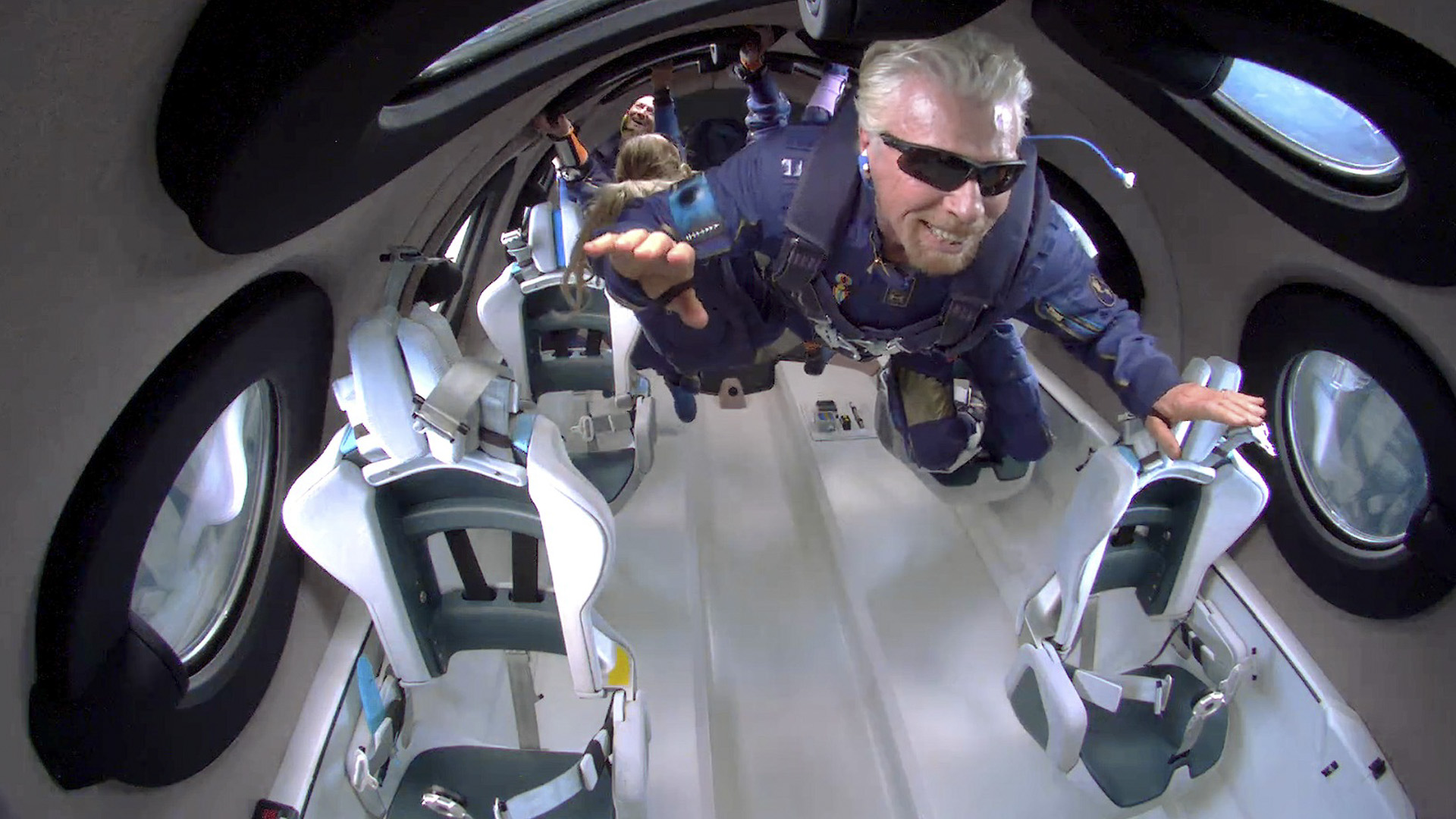 HOUSTON — Virgin Galactic spaceship Unity22 carrying a crew of four, including British billionaire Richard Branson, dabbled into space and returned to Earth safely, a live stream of the event showed on July 11.

After separating from the mothership, Unity22 went up about 62 miles, briefly exposing the crew to zero gravity.

The “Unity 22” mission was the twenty-second flight test for VSS Unity. However, it was only its fourth launch to space. It was also the first to carry a full crew of two pilots and four mission specialists in the cabin.

The primary objective for Unity 22 is to serve as a test flight for future passenger flights by Virgin Galactic.

The four mission specialists each evaluated different experiences that Virgin Galactic has promised its future customers, many of whom have already reserved trips to space with the company at $250,000 a seat.

Indian-American Sirisha Bandla tested the experience of performing experiments aboard Unity during different phases of the flight, including the weightless period. Branson took note of the flight as a paying passenger to look for ways to enhance the trip for ticket holders looking for the experience of a lifetime.

Branson tweeted about how his childhood dream came true in this mission.

“I was once a child with a dream looking up to the stars. Now I’m an adult in a spaceship looking down to our beautiful Earth. To the next generation of dreamers: if we can do this, just imagine what you can do,” read the tweet.

Earlier, the spaceship took off from a spaceport in New Mexico, with UK billionaire Branson on board.

This mission was a critical flight of Virgin Galactic, which Branson founded in 2004. VSS Unity is the company’s second SpaceShipTwo after VSS Enterprise broke apart during a 2014 test flight, killing one pilot and seriously injuring another.

Virgin Galactic has made numerous safety upgrades to prevent such an accident from happening again.

The mission began with takeoff from Spaceport America, where Virgin Galactic has built its “Gateway to Space” terminal to serve its future customers.

After takeoff, the carrier plane VMS EVE hauled the SpaceShipTwo VSS Unity (short for Virgin Space Ship) to an altitude of about 50,000 feet (15,000 meters) when it dropped the spacecraft.

The flight conducted more than 20 test flights, three of which have reached the edge of space. This was the first fully-crewed suborbital test of Unity.