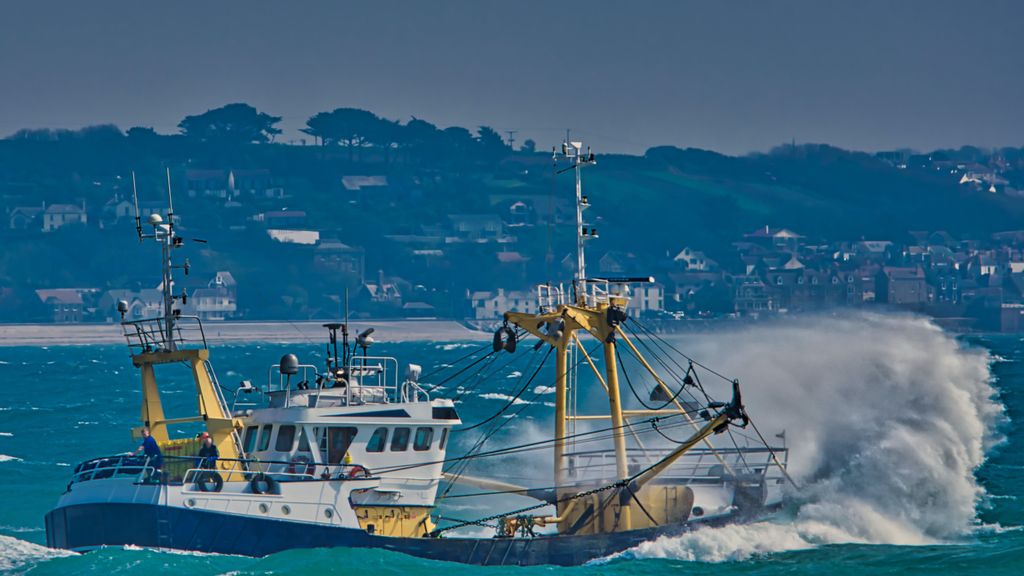 Oversized trawlers operating illegally, including some from China, are using drag nets large enough to swallow a football stadium across the Indo-Pacific.

Such illegal, unreported and unregulated, or IUU, fishing poses a threat to the livelihood of artisanal fishermen in West Africa and to commercial trawlers in the south Atlantic, as well as to Pacific island nations.

Analysts estimate 1 in 5 fish annually are caught through IUU fishing. While China is reported to be the largest contributor, vessels and fishing companies from other countries are also reported to be doing the same.

“The issue of IUU fishing is really a case of political will to ensure there is a policy, legislative and regulatory framework to prevent and prosecute IUU fishing, and enforce the said framework — fairly and firmly,” Jesus S. Domingo, the Philippine ambassador to New Zealand, Cook Islands, Fiji, Niue, Samoa and Tonga, said in an interview with Zenger.  “To solve this problem there must also be widespread public awareness of IUU and good international cooperation.”

One of the countries struggling with this issue is the Kingdom of Tonga, which itself is the lowest contributor to IUU fishing among nations in the western Pacific, according to the IUU Fishing Index.

The IUU Fishing Index “benchmarks countries’ vulnerability, prevalence and response to IUU fishing, based on a suite of 40 indicators. Scores (1 = best-performing; 5 = worst-performing) are provided at country, regional and ocean basin levels,” states the website of the Global Initiative Against Transnational Organized Crime and Poseidon — Aquatic Resource Management Ltd., which developed the index.

Tonga has begun fighting back through regulatory methods. The country has been trying to encourage domestic squid production to ensure it is a less tempting destination for IUU fishing trawlers In reaction to the new emphasis on sustainable squid fishing in Tonga and elsewhere.

China announced a halt to squid fishing in 2021. While many in Tonga believe the kingdom must confront IUU fishing more directly, the country lacks the tools to confront offending nations directly, as other Pacific Island nations have done. Earlier this year, according to a media reports, Palau intercepted a vessel conducting IUU operations in its waters, and Vanatau seized two vessels in a separate incident.

“The international community and particularly the Five Eyes [intelligence oversight council in the region] need to wake from their slumber and put into place the regional security measures that will help police this as well as working at a bilateral and multilateral diplomatic level to shoring up our old alliances with one another,” said Lord Fusitu’a, a parliamentarian in Tonga. “Such efforts predate [China’s] expansion but have been recently neglected by the global north particularly.”

Tonga is one of the world’s smallest countries in land area, but it has a vast oceanic territory. This presents both an opportunity and a challenge.

The kingdom sells commercial rights to fishing in its waters. Fishing vessels pay $14,000 for a licensee plus 5 percent of the value of their catches to Tonga. In addition, seven tons of fish must be offloaded from each vessel in Tonga to be sold locally by the Ministry of Fisheries at a subsidized rate for the people of Tonga. While this covers legal fishing, given the size of Tonga’s exclusive economic zone, much IUU fishing occurs, which the Tonga Maritime Force with roughly half a dozen vessels to cover.

The United States, for its part, deploys Coast Guard and Navy air assets to support Tonga’s fisheries efforts as part of a 2009 agreement. The pact even grants Tongan officials rights rarely granted to foreign military personnel on U.S. vessels.

Tonga believes subsidies might be the answer to help revive the local fishing fleet, following the lead of China, Japan, the European Union, South Korea, and the United States, which give some $12.7 billion annually to their fishing fleets.

The UN Sustainable Development Goals call for the removal of all subsidies “that contribute to illegal, unreported and unregulated fishing.” Tonga believes a middle ground can be found.

“… An agreement that is effective in reducing the total quantity of subsidies provided to the global fishing industry would level the playing field for small island states with substantial fisheries, improving the prospects for a sustainable fishing industry to be a driver for economic development,” Tonga wrote in its Trade Policy Review in March.

Increasing domestic fishing and production will increase sustainability of the sector, Tonga believes: The more Tongan-flagged fishing boats on the high seas, the more eyes and ears to watch for harmful IUU fishing.

“We of course support the SDG [Sustainable Development Goal] to end all fishing subsidies, but not all subsidies are equal, and some efforts to support them in Tonga may be to benefit of both our nation and global efforts to prevent both IUU fishing and climate change,” said Lord Fusitu’a.