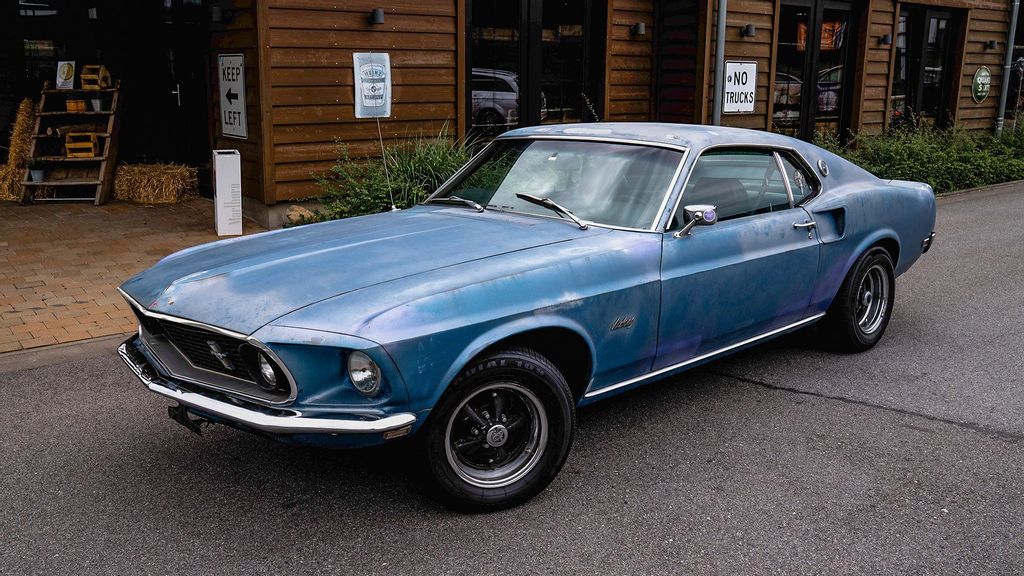 The Steve McQueen Mustang Fastback 1969 is on sale in Dusseldorf, Germany, at a starting bid of $100,000. (stephangabriel.com/Zenger)

A blue 1969 Mustang Fastback first owned by Hollywood legend Steve McQueen has gone on sale in Germany for $100,000.

Steven McQueen, who died in 1980 at age 50, is best known for starring in iconic action films such as “Bullitt,” “The Great Escape,” and “The Magnificent Seven.” In 1974, McQueen was the highest-paid movie star in the world.

After the iconic 1968 Ford Mustang GT that McQueen drove in the film “Bullitt” sold for $3.4 million at an auction in Florida last year, one of his private cars has gone on sale in Germany.

Current owner Michael Frohlich, who owns a car saloon, explained that one of his acquaintances had bought the blue Mustang on his behalf from McQueen’s widow in Oregon.

He then managed to transfer it to the Dusseldorf, Germany, and kept it in his family ever since.

Experts claimed that various window stickers and photos found in the car prove its authenticity and its connection to the famous actor, who died of a heart attack while undergoing experimental treatment for cancer.

The dealer has decided to sell the 1969 Mustang Fastback for a starting bid of $100,000, after several auction houses already expressed interest in the iconic car.

Frohlich, who owns a car saloon in Dusseldorf called Fantastische Fahrzeuge, or Fantastic Vehicles, said the car is functional, but “totally worn down.”

“It looks worn out and aged by the sun, but it’s authentic and a great car,” Frohlich said.

McQueen, affectionately nicknamed “The King of Cool,” held a strong fascination with cars and motorcycles, influencing his signature penchant for racing.

The late actor’s passion and skill with motorcycles and race cars led him to complete many of his own driving stunts in film, and in leisure time, he often cruised Mulholland Drive and the Mojave Desert in his colorful collection of wheels.

The actor began his 11-year racing career in 1959, competing at U.S. raceways in California, Florida, and Arizona. He also made an appearance in competition at the British Touring Car Championship at Brands Hatch Circuit in 1961, where he finished in third place.

Throughout his life’s work and to this day, he remains one of the most famous collectors of vintage vehicles in the world.