The villagers used to cook in natural environments like coconut groves and gardens and upload it on their channel.
By Zenger News Desk July 12, 2021
Facebook
Twitter
Linkedin
Email 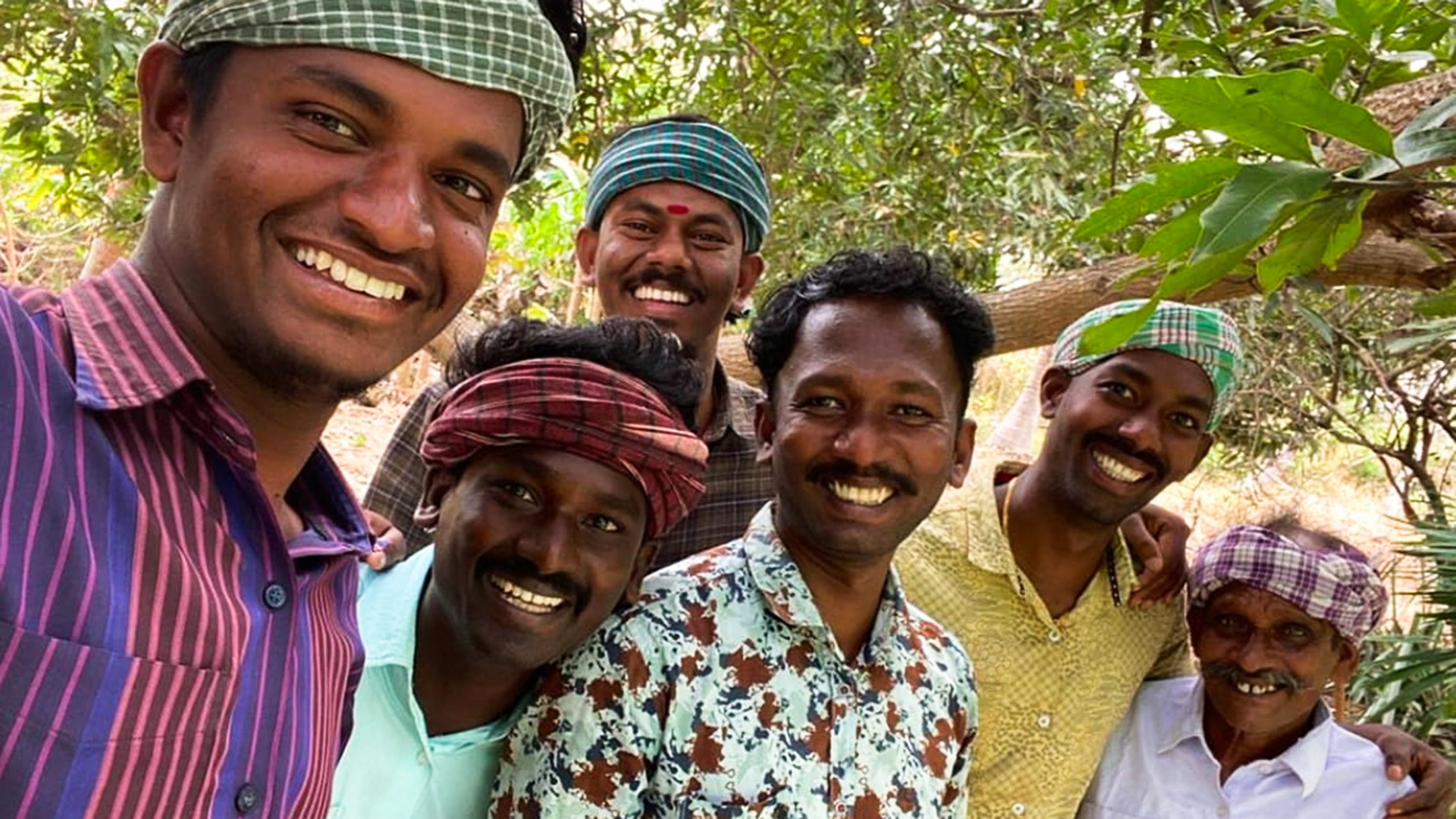 The farmers-turned-YouTube stars, who took their village, Chinna Veeramangalam in Pudukkottai district, to an international audience through traditional cooking videos, have garnered one crore subscribers. (Village Cooking Channel,@Team_VCC/Twitter)

The villagers used to cook in natural environments like coconut groves and gardens and upload it on their channel. Cooking in a natural and village style has gained over 10 lakh subscribers in the last three years.

The channel has attracted a large audience where Rahul Gandhi, a former Congress leader who had come to Aravakurichi during the election campaign in Tamil Nadu, met the Village Cooking Channel team and ate mushroom biryani along with the crew.

“We have started a Youtube channel in 2018,” said Aiyanaar, one of the crew members of the channel.

“Even before five months of starting this channel, we had 7 million subscribers, and Congress leader Rahul Gandhi visited our place. He cooked and ate with us, which made it reach the next 3 million quickly.”

“Now we have 10 million subscribers for our channel. For every one crore subscribe, YouTube will give the diamond button which we got. We are happy and proud that our channel got this diamond button in South India first time. We have planned to spend the revenue from our YouTube channel to help the needy and poor.”

The crew used to offer what they cook to the poor and spend most of their revenue which they earned through YouTube channels, to the homeless.

“We started this Village Cooking channel with six crew members, and we have grown well,” said Periyathambi, another member. “We all six had an idea to donate a part of the revenue to the chief minister by meeting him. The chief minister (MK Stalin) got the donation and thanked us.”

Subramanian is happy that the team took their village to an international audience through traditional cooking videos that have garnered one crore subscribers.

“Our channel is going good with people’s support. As we crossed a 1 crore (10 million) subscriptions for our YouTube channel, we were awarded the diamond button. People are happy that a Tamil channel from a village has reached such a level,” he said.

The channel was awarded a Diamond Play button by YouTube for its achievement of reaching 10 million subscribers. The group donated INR 10 lakh ($13416) from their earnings to the Chief Minister’s Public Relief Fund (CMPRF) to aid the fight against Covid-19.