“Moulin Rouge! The Musical” To Play In Australian Theater

The first show to have originated on Broadway with an Australian production company. 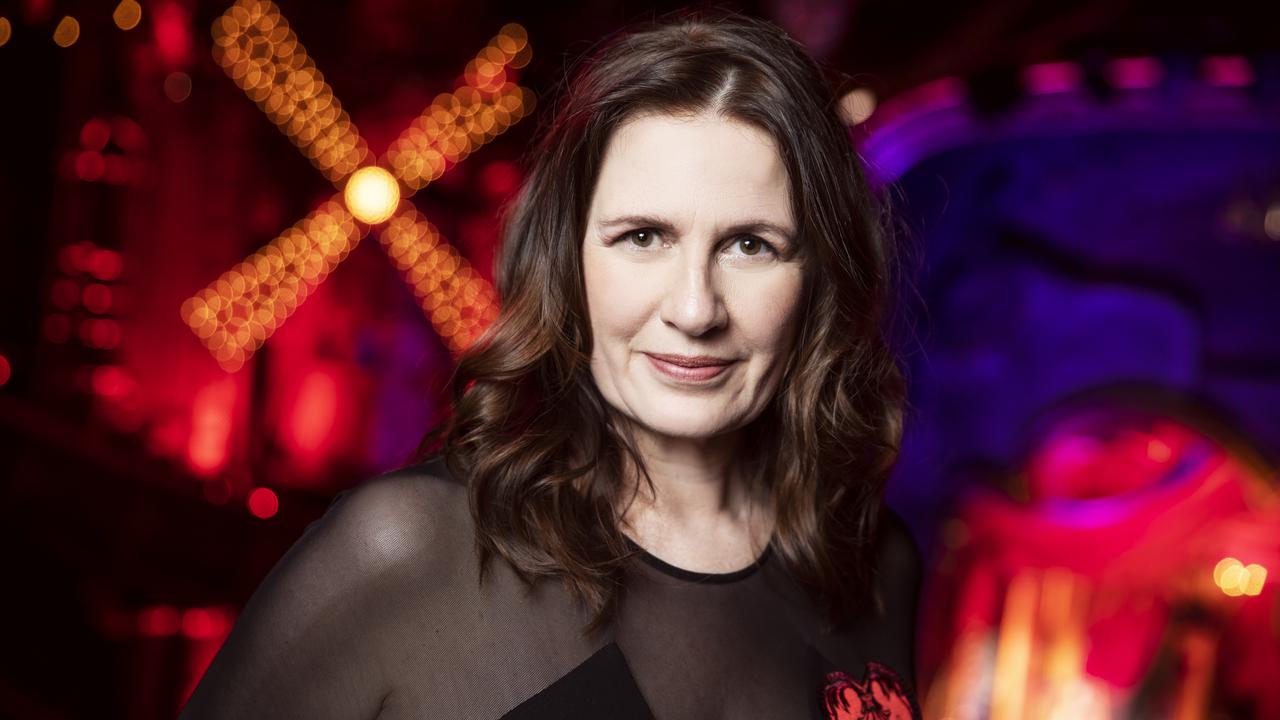 Carmen Pavlovic is part of a team bringing "Moulin Rouge! The Musical" to Australia. (AAP Image)

CANBERRA, Australia — Australian theater producer Carmen Pavlovic has had a more complicated 18 months than most due to several upcoming shows.

Following the Broadway debut of “Moulin Rouge! The Musical” in July 2019, the chief executive and co-owner of Sydney-based Global Creatures and her team were cresting a wave of commercial and critical success.

Their high-octane theatrical transformation of Baz Luhrmann’s 2001 film was breaking house records and had been praised by influential theater critics.

The first show to have originated on Broadway with an Australian production company, plans were afoot to open Moulin Rouge in London and Melbourne.

Then the world began to unravel compliments of Covid-19.

“I describe myself as a better wartime leader than peacetime,” said Pavlovic.

“I get quite pragmatic in a drama, and in March of last year, there was no time for emotion; we just had to respond and shut everything down.”

Tickets were due to go on sale for the West End production of “Moulin Rouge! The Musical”, and auditions were forthcoming. Back in Australia, the Melbourne production was also preparing to audition hopefuls.

Further afield, other Global Creatures productions were active, with the creative teams of King Kong and Muriel’s Wedding The Musical about to undertake workshops in China and New York, respectively.

“My immediate thought was to reunite people with family because I was worried the borders would start closing,” said Pavlovic. “We made sure everybody had money to pay bills and access to medical care.”

Pavlovic felt she was being prudent in developing a lockdown plan that extended through to the end of June 2020.

“Everyone was talking about a couple of weeks, but I was conservative,” she said. “I do not need to tell you what happened from there.”

Melbourne auditions were eventually pushed back to January and February of this year.

“We had spent the whole of 2020 with one foot on the brake and the other on the (accelerator),” said Pavlovic.

“My business partner (and chairman), Gerry Ryan, and I felt it was risky to confirm the production, but we wanted to do it for the industry. We want to be part of the regeneration of theater and create jobs.”

No doubt, their decision was informed by news last October that “Moulin Rouge! The Musical” had been nominated for 14 Tony Awards, second only to Jagged Little Pill’s 15 nods.

Yet another Covid outbreak during auditions meant a further set of fast-changing variables.

“It has been hard but working on Moulin Rouge has this revolutionary feel to it,” she said. “The troops are galvanized, and we are determined to deliver the show.”

One of those troops is performer Alinta Chidzey, who plays ‘sparkling diamond’ Satine, the dancer and courtesan immortalized by Nicole Kidman in the film.

When Chidzey auditioned early this year, she was 37 weeks pregnant with her first child.

“The audition was challenging but manageable,” said Chidzey.

“Alinta was in these high, high heels doing all the choreography,” said Pavlovic. “We offered her the role two weeks later. I said to her, ‘I will never assume there is anything you cannot do, but please do not try to be superwoman.’”

“Carmen made me feel super comfortable about coming into this,” said Chidzey. “People have doubts, especially for their first child, about how to juggle it, but with the fundamentals in place, it is possible.”

Her daughter is now 15 weeks old.

Pavlovic remembers falling hard for Moulin Rouge the first time she saw it.

“It is the only movie I have gone back to see twice,” she said.

“I had a broken heart at the time, which I remember well. I found the film uplifting, inspirational, and full of hope, and it’s not a feeling I forgot.”

In 2009 she began a conversation with Luhrmann and Martin about obtaining the stage rights.

“And then it took until 2016 to negotiate those rights because the film had four underlying rights holders,” said Pavlovic.

“It is probably the most complicated musical, from a rights’ perspective, ever to have been on Broadway.”

Directed by Alex Timbers with a book by Tony Award-winner John Logan, music supervision, orchestrations, and arrangements by Justin Levine, and choreography by Sonya Tayeh, the jukebox musical is more of a reimagining than a faithful adaptation.

Significantly, the score has been updated with a slew of recent pop hits to attract a new generation of audiences. The cast of 34 moves through a score of 75 songs, representing the work of 165 songwriters over 160 years.

Satine and company still sing “Diamonds Are a Girl’s Best Friend,” but they also add Beyonce’s “Single Ladies (Put a Ring On It).” Meanwhile, cabaret impresario Harold Zidler and others belt out Sia’s soaring “Chandelier.”

“Certain iconic songs were must-haves, and then we added new music in concert with John developing the book,” Pavlovic says, confirming that Lady Marmalade remains in the show.

With the long-delayed Tony Awards confirmed for September 26, will Pavlovic try and make it to New York?

“I would love to be part of that moment when Broadway comes back,” she said.

“Our Broadway production is due to resume performances on September 24, but this moment is bigger than any particular show. I’ve had my first vaccine, and I get my second one in August, so if I am able to, then I am able to.”

A silver lining to the past 18 months of chaos is that the vicissitudes of Covid have enabled Melbourne to leapfrog London by several months and become the first international production to open after Broadway.

“The film started here, so it is a lovely full circle,” said Pavlovic.

“It has been an unbelievably difficult 18 months, but we have managed to keep a lot of people employed. I am very proud of Moulin Rouge. I think it is a total blast.”

For her part, Chidzey feels fortunate, not least because Melbourne is her hometown, which will make the season easier to manage, especially with an infant.

“A night out at the theater is a great way to remind ourselves that we need the arts; we need that sense of connection and celebration of life,” she said