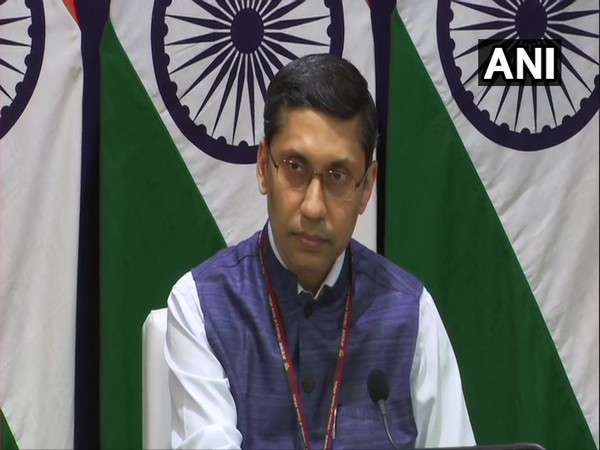 NEW DELHI — Pakistan must put its house in order and act against terrorism emanating from its soil, India’s Ministry of External Affairs spokesperson said, responding to Pakistan’s allegation that India is behind a recent blast in Pakistan.

An explosion near UN-designated terrorist Hafiz Saeed’s home on June 23 in Jowar town in Lahore had killed three people and injured 24 others.

“Pakistan would do well to extend the same effort to set its own house in order and take credible and verifiable action against terrorism emanating from its soil and terrorists who have found safe sanctuaries there,” said Arindam Bagchi, Ministry of External Affairs spokesperson.

“The international community is well aware of Pakistan’s credentials when it comes to terrorism. This is acknowledged by none other than their own leadership, which continues to glorify Osama bin Laden as a martyr,” said Bagchi.

“During this meeting, a wide range of issues were discussed,” said Bagchi. “Our ambassador conveyed the need to correct the misperceptions about India that are perpetrated by vested interest in the Organization of Islamic Cooperation.”

“Further, he conveyed that the Organization of Islamic Cooperation should be watchful that their platform is not subverted by these vested interests for comments on internal affairs of India or for anti-India propaganda through biased and one-sided resolutions as regards Pakistan already referred to a vested interest in my comments.”

A meeting between the Indian envoy, Saudi ambassador, and Organization of Islamic Cooperation secretary-general was held on July 5.

Earlier, Pakistan’s National Security Advisor, Moeed Yusuf, said that the evidence gathered during the probe into the blast at the north-eastern city Lahore’s Johar Town pointed to “Indian-sponsored terrorism.”

“The mastermind of the attack is an Indian citizen, and RAW [Research and Analysis Wing] is in touch with him,” said Yusuf in a press briefing.

“The Inspector General said we have the intelligence of foreign intelligence agency, so today, without a doubt, I want to say, [the circumstances] of this entire attack lead to Indian-sponsored terrorism.”

Pointing to India’s role in the blast, Pakistan’s National Security Advisor said the day the explosion took place, thousands of coordinated cyberattacks were on the country’s information infrastructure.

“The cyberattacks were carried out so that our investigation could not be successful, and it would face obstacles, and time could be gained for the network to disperse,” he said.