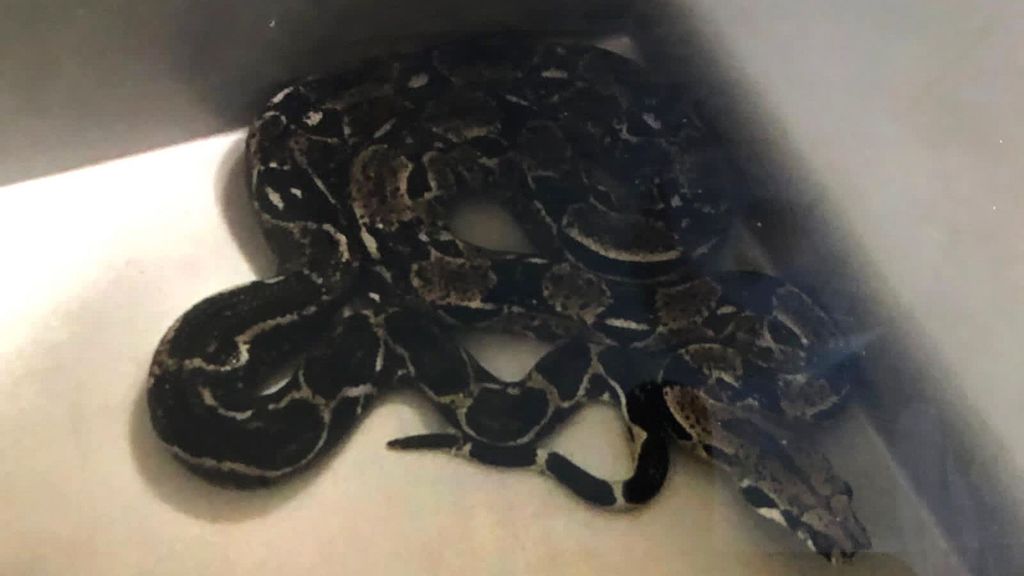 The boa that appeared in the toilet of Eva Kastner in Vienna, Austria, on July 8, 2021. (@LPDWien/Zenger)

Cops in Austria have been called out to another case of a snake appearing in someone’s toilet in what is becoming a bizarre trend in the central European nation.

The police received a call from an apartment in the capital Vienna after resident Eva Kastner spotted a python over three feet in length slithering on her toilet seat on July 9.

The woman took a photo of the reptilian intruder and sent it to the police who called the wildlife service. Workers then came to retrieve the specimen and take it to an animal shelter.

It was later transferred from the shelter to the Forchtenstein Reptiles Zoo in the town of the same name.

It is unclear where the large snake had come from and who its owner was. The incident comes hot on the heels of a similar case that took place in the city of Graz on July 5.

In that incident, 65-year-old Walter Erhard got the fright of his life when he used the toilet in the morning and felt a “pinch” in his genital area when he sat down to relieve himself.

He jumped to his feet and turned around to notice a five-foot long albino reticulated python — one of the three heaviest snakes — staring back at him.

Though reticulated pythons may be big, their bites are non-venomous.

Red Cross volunteers took the bitten man to hospital, where he received treatment for “minor injuries” before being discharged.

It was found that the specimen had escaped from the apartment of the man’s 24-year-old reptile-enthusiast neighbor.

According to reptile expert Werner Stangl, it “presumably entered the toilet through the sewage system.”

The young man, who owns 11 non-venomous snakes and a gecko, faces charges for negligent bodily harm.

The week before, two other incidents involving snakes made news in Austria. In one case, a 24-year-old man was killed by his pet horned viper — one of the most dangerous European vipers due to its venom toxicity, size and fangs.

In the other, cops checking that a released prisoner was complying with his parole requirements found 10 snakes and two tarantulas at his apartment in the state of Carinthia.

One of the reptiles was an Australian taipan — one of the deadliest known snakes.

Helga Happ of the Happ Reptile Zoo in the city of Klagenfurt said the reason for the high number of snake-related incidents in Austria is the growing popularity of keeping exotic animals as pets.