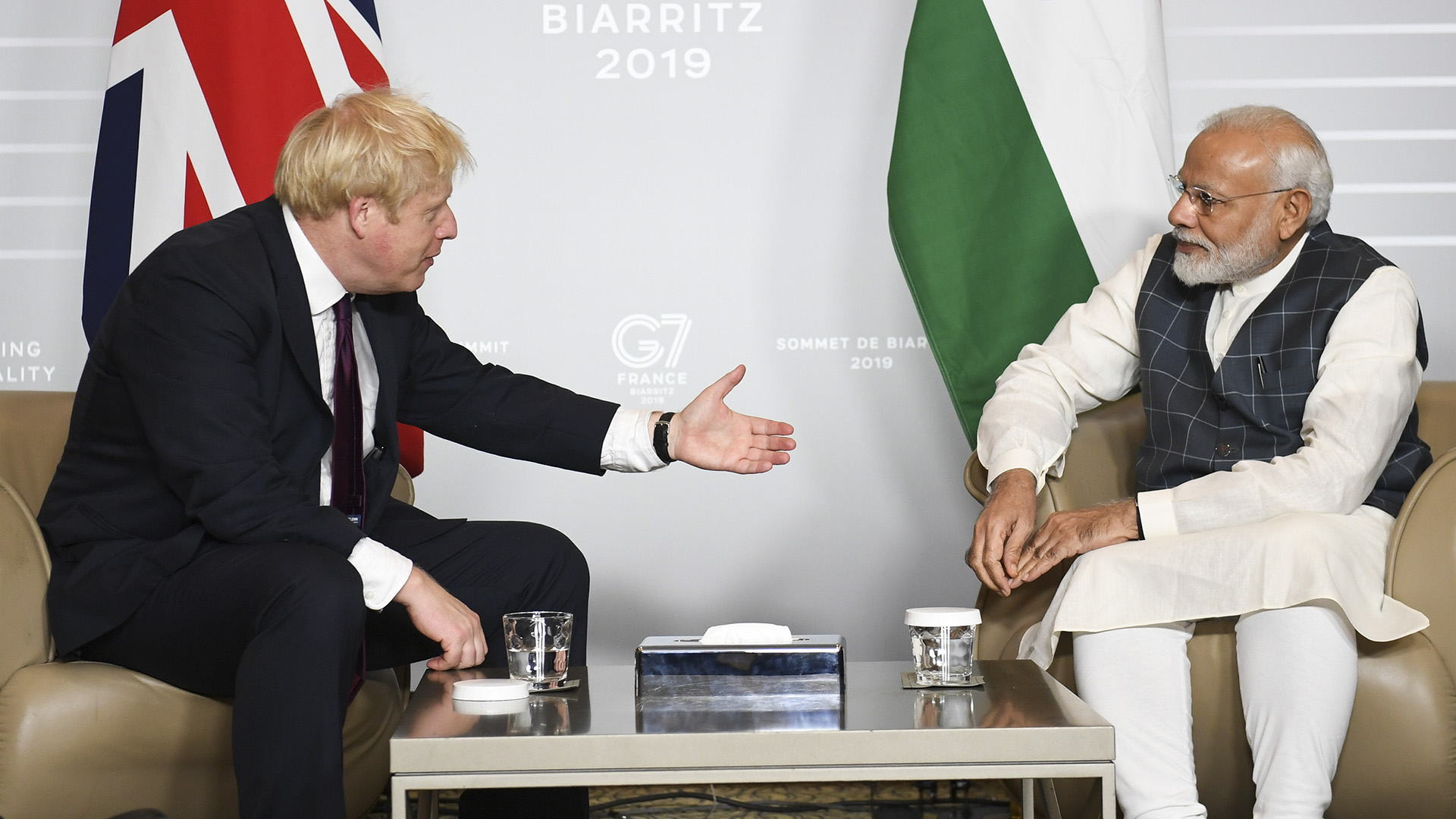 “In May this year, Prime Minister Boris Johnson and Prime Minister Narendra Modi announced their ambition to double the value of UK-India trade over the next decade as well as a shared intent to begin work towards negotiations on a comprehensive free trade agreement,” British High Commission said. (Stefan Rousseau - Pool/Getty Images)

In a joint statement, the British High Commission and the Indian government said that the dialogue was aimed at deepening the bilateral ties in the financial sector between the countries.

“Both sides agreed to continue to engage bilaterally on these areas in the coming months, in the run-up to the next Economic and Financial Dialogue (EFD) and the beginning of negotiations for a future India-UK Free Trade Agreement (FTA), both expected to take place later this year,” the joint statement read.

The dialogue was led by senior officials from the UK Treasury and the Indian Ministry of Finance, with participation from independent British and Indian regulatory agencies, the British High Commission said.

The creation of the Financial Markets Dialogue to strengthen financial services cooperation and address regulatory barriers for UK and Indian firms was agreed at the EFD between UK Chancellor Rishi Sunak and Indian Finance Minister Nirmala Sitharaman last year.

“To promote increased international sustainable finance flows, we also need to mainstream climate risks into financial decision-making. This includes supporting the work of the Central Banks and Supervisors’ Network for Greening the Financial System,” the joint statement released at the tenth Economic and Financial Dialogue said.

Bilateral trade between the UK and India stood at over £18 billion ($24.83 billion) in 2020, with India accounting for the UK’s second-largest source of investment in terms of the number of projects. British and Indian investments support nearly half a million jobs in each other’s economies.

“In May this year, Prime Minister Boris Johnson and Prime Minister Narendra Modi announced their ambition to double the value of UK-India trade over the next decade as well as a shared intent to begin work towards negotiations on a comprehensive free trade agreement,” British High Commission said.

“The 2030 Roadmap agreed by Prime Ministers Modi, and Johnson aims for a transformation of the UK-India relationship, especially as we look to build back better from Covid-19,” Alex Ellis, British High Commissioner to India said.

“The first Financial Markets Dialogue held today will strengthen links on financial services and create new opportunities for UK and Indian businesses. I’m pleased to see the strong progress we have already made ahead of the upcoming Economic and Financial Dialogue between our finance ministers.”

The report discussed coming up with new ways to help the Indian debt capital markets ecosystem and help companies raise capital for both theirs and the country’s growth.