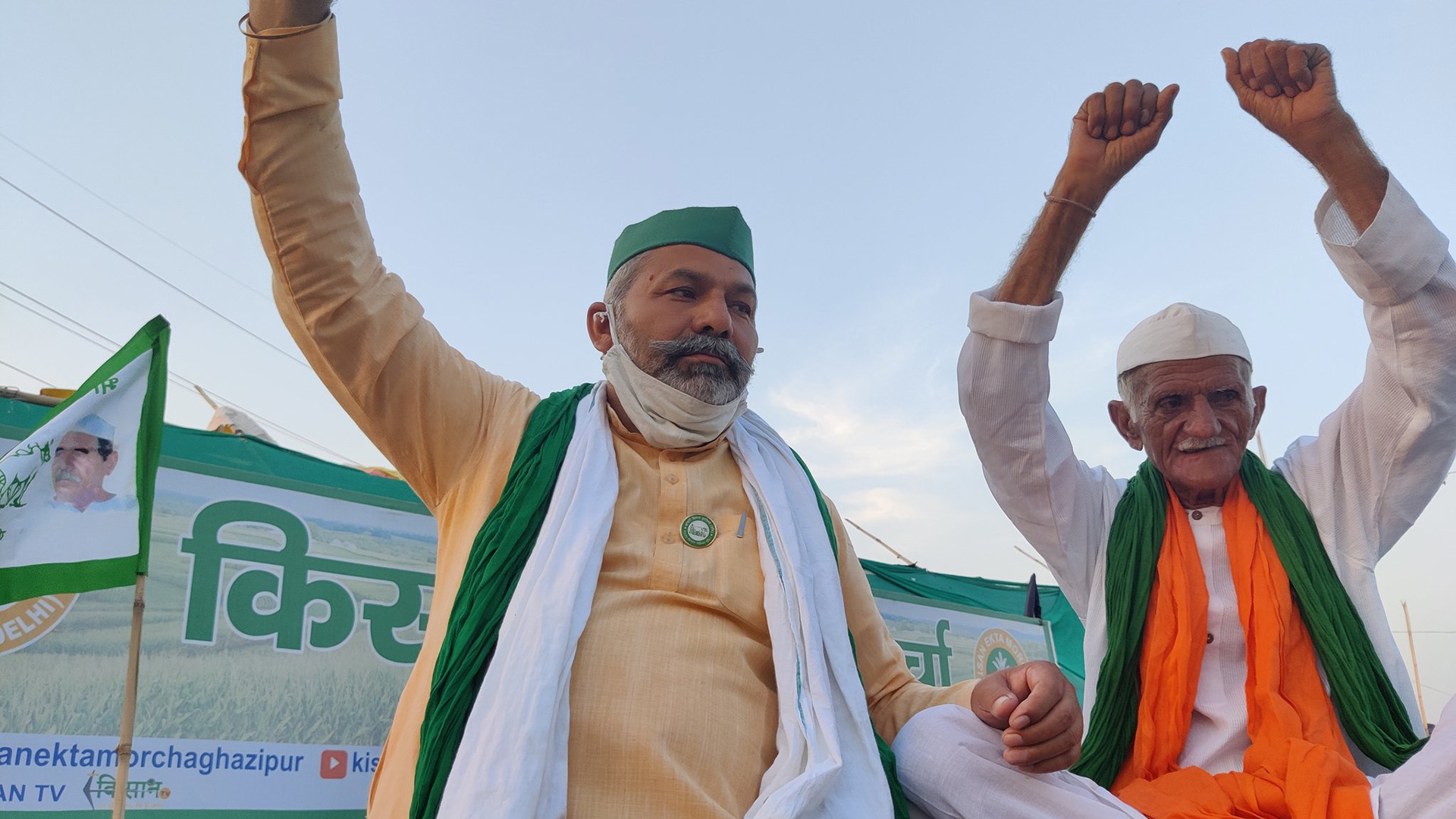 Farmers are ready to talk with the government on the farm laws, but the discussions should be held without conditions, said Rakesh Tikat (left), leader of Bharatiya Kisan Union, farmer’s representative organization in India. (Rakesh Tikait, @RakeshTikaitBKU/Twitter)

GHAZIABAD, India — Farmers are ready to talk with the government on the farm laws, but the discussions should be held without conditions, said Rakesh Tikat, leader of Bharatiya Kisan Union, farmer’s representative organization in India.

Farmers have been protesting at the different borders of the national capital since Nov. 26, 2020, against the three newly enacted farm laws, Farmers’ Produce Trade and Commerce (Promotion and Facilitation) Act, 2020; the Farmers Empowerment and Protection Agreement on Price Assurance and farm Services Act 2020 and the Essential Commodities (Amendment) Act, 2020.

Tikait gave the statement after the remarks made by Union Agriculture Minister Narendra Singh Tomar indicated that the government is ready to hold talks with the protesting farmers to discuss other options.

“They are imposing conditions that we should go to them for talks,” said Tikait. “They say that they can amend the laws but will not scrap them. Farmers have not been protesting for eight months so that they can follow the government’s orders. If the government wants to talk, they can talk, but no conditions should be imposed.”

The minister said that the Centre will not repeal the agricultural laws and that the government is ready to hold talks with the farmers to discuss other options.

The union minister further said that efforts would be made to provide more resources to the Agricultural Produce Market Committees (APMC).

“They should tell us the system through which mandis [wholesale market] will be saved,” said Tomar. “If products are purchased outside Mandis, then they will be finished. There are around 40 mandis of Madhya Pradesh, and almost zero percent of produce was purchased there. These mandis are on the verge of shutting down.”

“Mandis in Uttar Pradesh and Bihar are facing similar problems. What is this formula that Agricultural Produce Market Committees will continue to run despite no sales? When a purchase takes place outside mandis, then these mandis will be finished. We are not happy with this. Where will this INR 1 trillion ($13.4 billion) go? They will purchase outside mandis.”

He claimed that the farmers would not be benefited unless a law is passed on the purchase of produce at Minimum Support Price (MSP).