His startup, Big Wins Only, will work to make major noise in the music business — and elsewhere in the entertainment field. 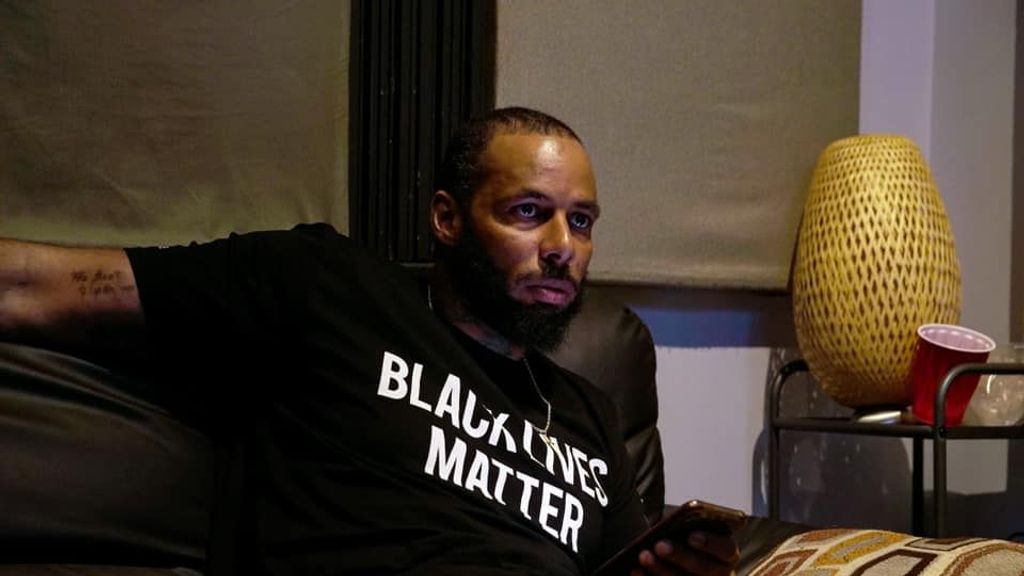 Kasual Kas has started his own company, Big Wins Only. (Courtesy of of Kasual Kas)

A talented music manager, Kasual Kas has always had an amazing ear for music. For years he used those talents to propel others, but now, as CEO of Big Wins Only, Kas stands to reap the benefits of his hard work and create the type of atmosphere for his artists that is conducive to sustained success.

Though solidly rooted in music, Big Wins Only plans to branch out into several entertainment fields as well as sports. With Matt Patterson and Fredrick Green and a silent partner, the quartet plans to create great artists, but even better human beings. A family atmosphere and high expectations are the company’s core values. Learning to treat every win as a big win is the key to their anticipated success.

Zenger spoke with Kas to discuss the long-awaited arrival of Big Wins Only. He explains why he has high hopes for producer/songwriter Tenroc and much more.

Zenger: How is it going?

Kas: COVID brought the man, the woman or the bitchassness out of people. We were able to see who was able to swim and who was going to drown. For me, the best thing that ever happened to me was the pandemic because it made me prove my own inner strength. There were so many tests that we all went through, the ones that came out of this, you can’t tell me that they’re not dogs.

Zenger: We did an interview awhile back that was never published because you were clearing some things. It felt like Big Wins Only was in motion, but it felt like more of an idea. Now that it’s a fully operating management company, tell us about it.

Kas:  There are so many legal things you have to go through when you’re creating an LLC, and understanding who is going to be the lawyer, grabbing the talent, doing operating agreements and all that. I was getting ahead of myself because I’m excited about having my own business. It was more conceptional when we first talked, but now everything is concrete. We are not just a management company, but we are also acting in some cases as the label, as far as funding and the actual artists.

Zenger: I’m sure it was all worth it now.

Kas: I wasn’t as much as a businessman as I was a visionary. Now I’m the CEO of my own company — shout out to the other owners as well — I have three other people — but it’s my vision, and it’s realized. Before it was like, I built this other company from ground up, everyone saw it flourish, and as I look back, I realize, I didn’t actually own any of it. My piece was so small that it didn’t matter. Now I control the narrative myself. I’m the vessel that makes this thing go, and seeing it go is crazy.

Zenger: Is the concept still wrapped around ’90s sports?

Kas: Even more so. We always talk about sports, but my company is so competitive. Now, everyone is shaking hands in professional sports, my company is coming from an era where you can be my friend when we’re on vacation. But when I’m in these trenches, I’m Ant Mason, I’m Charles Oakley. I’m going to do whatever it takes for me, my clients and my team to win. And after we’ve won, I’ll take you out for a drink, Michael Jordan style.

Zenger: What has it been like being in the studio with Rodney “Darkchild” Jerkins?

Kas: Rodney is the soundtrack to my musical taste. That stems from Michael and Janet Jackson&mldr; everybody he’s worked with. Him being the musical soundtrack to my life, the initial opportunity to meet him, I wasn’t starstruck, but it was more like, “Kas, how did you get here?” What’s even crazier, me and Rodney share the exact same vision musically. When I say someone is talented, he doesn’t even ask me to send him music anymore, he says, “I just want to meet them.”

For instance, I just signed Gaya, a super-talented girl from Qatar. Rodney didn’t even need to listen to 10 seconds of his music because he already knew we already have the same taste when it comes to music. I’m blessed beyond my life to get the opportunity to work for him. And we got some really cool things coming up.

Zenger: How did you discover Gaya?

Kas: She moved to the States four years ago from Qatar. During the pandemic, it was about 3 in the morning, I couldn’t sleep. What does everyone else do, they jump on social media. But instead of going to the gossip sites, I would hashtag songwriters, singers and just listen to music. And I stumbled upon this girl playing her guitar from her dorm room and I was blown away. We signed her, and she’s working with Darkchild, and some monster thing’s happening. I can’t even say yet, but it’s huge.

Zenger: You always bring a certain energy when discussing your artists, but you get extremely excited when you talk about Tenroc. What’s that all about?

Kas: I know this is going off on a limb, but I want to put this on record, Tenroc will go down as the greatest producer, songwriter to ever live. This is coming from someone that discovered Jon Bellion, who is one of the greatest songwriters and producers right now, and I don’t throw these compliments out lightly. With God, because he is a man of God, Tenroc will become the single greatest singer/songwriter in the history of music. And he’s only 21 years old. A couple of weeks after this article drops, people will really see what I mean. It will be validated when they see the releases we got coming in 2021 and 2022.

Zenger: What makes him so special?

Kas: He’s been playing instruments since the age of 7; he’s been producing since the age of 9. He’s also the musical director of his church and … there is something spiritual about the way he produces; it’s godly. I’m not comparing him to God, but he’s so connected to God, everything he does puts this feeling of euphoria inside your bones. He is the most naturally born rhythmic human being I have ever met. He can make a sound out of anything. He speaks language through rhythm and music, and I have never seen someone do it to that extent. And I just spent two weeks with Darkchild. The word will see Tenroc for the next 40 years at the highest level.

Zenger: What’s the essence of your company?

Kas: Big Wins Only is a family of people. No matter how big or successful you are, the biggest win comes from each other. So, when I say, Big Wins Only, it’s never about the actual accolade. People ask, “You don’t celebrate the little wins?” No, we celebrate every win as a big win. And that can be something as little as going to eat at our favorite restaurant, Robke’s in Northport (New York) &mldr; OK, a shameless plug. That’s a big win to us. Every day above ground to us is a big win. That’s the company’s motto. Everything you do in life is a major win. Other than all the amazing things we’re going to do in the future, Big Wins Only recognizes that every day of life is a win.

Zenger: What keeps you so connected and involved in the music game?

Kas: Two things, Percy. The first is the love for the actual music. I love every genre. I listen to slow, singer, songwriter, guitar ballads, and then I listen to rap, shoot-’em-up music. There’s no level of who makes the better music. I just love anything that’s connected to sound because it makes me feel something.

And two, I feel like my ability to lead, connect with the youth and help them grow in an industry that looks to really capitalize off of them. I have always taken the approach of helping them grow, along with that comes money, accolades. I don’t care about any of that, unless the person that I’m working with is growing and a good human. It makes me feel younger working with these younger people and helping them do the right thing in this sh..t. It just makes me feel like I’m living.

Zenger: Looking forward to big things from the company, definitely keep me in the loop. Is there anything you want to add?

Kas: I want the world to know Big Wins Only is not just me. I’m looked at as the face of it because I make a lot of the things go, but it would not be possible without Matt Patterson, Fredrick Green, who are my partners. And I also have a silent partner who put their money where there mouth is and saw my vision, and it will come out sooner than later. These people saw my vision and didn’t put a ceiling on what they were willing to give me.