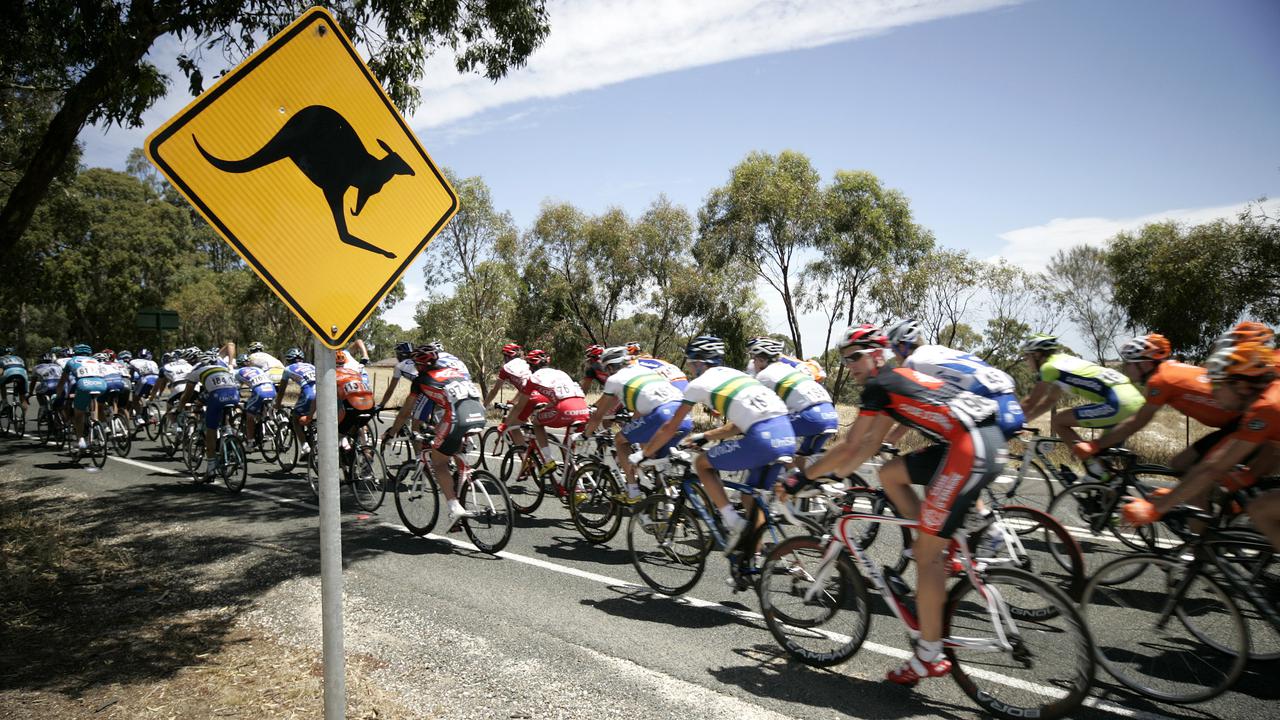 Kangaroo crossings have been named among the top 10 weirdest road signs in the world. (POOL, Jamie McDonald/AAP Image)

SYDNEY — Foreigners are apparently left scratching their heads when they drive past Australian road warnings of bouncing kangaroos, according to a list of the world’s weird signs as per car rental experts at StressFreeCarRental.com.

The list has been published by Eco-Voice, a non-profit environmental organization based in Australia.

The famous resident of Australia’s coat of arms can often catch drivers by surprise, leaping onto the road and causing loss of life or significant vehicle damage.

In some cases, Kangaroos bounce right through car windshields and injure themselves or front-seat occupants.

The blog by Eco-Voice also added that the roadsigns in India, Bolivia, Holland, the United Kingdom, China, and the United Arab Emirates all fell in the category of the weirdest signs across the world.

Speaking of Australia, authorities across the nation post signs along stretches of road where kangaroos are known to inhabit to keep drivers and riders on their toes.

“The kangaroo is native to Australia and can often be quite the nuisance to motorists, hence the numerous road signs across the country. Because of their sheer size and power, it’s always best to let them have right of way,” the blog read.

Despite their prevalence, kangaroo crossings have been named among the top 10 weirdest road signs in the world in a list compiled by car rental experts.

“What might be a common sight to drivers in one part of the world, such as a mob of kangaroos hopping across a road ahead, can be a major shock to someone visiting from another country,” a StressFreeCarRental.com spokeswoman said.

“So it is important for drivers to have at least a basic understanding of what warning signs might mean, so they are forewarned of any upcoming dangers. While some of the more unusual road signs may raise a smile it’s essential that motorists take all road signage seriously as it could help them avoid a serious driving accident.”

In that vein, the other Australian entry on the list is a set of quiz signs along a road in southeast Western Australia that has no corners for 140 kilometers (86.992 miles).

The straight stretch of road between the Australian communities of Balladonia and Caiguna is known as the “Fatigue Zone” and the quiz is designed to combat sleepiness.

Others to make the top 10 included a crossing warning for a deaf pet cat in the Netherlands and a sign in India that reads “darling I like you”, among hundreds of driving-related proverbs sprinkled across the nation’s mountain areas.