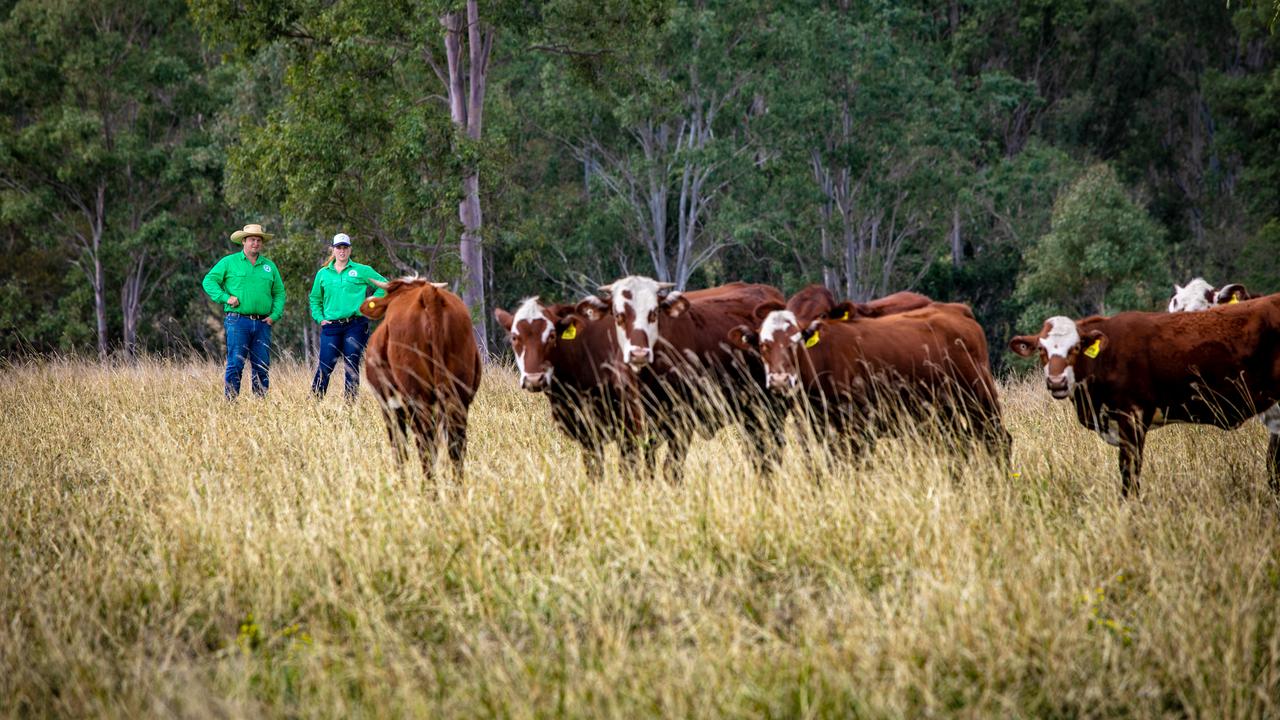 Dave McGiveron and Bianca Tarrant have fought their way back from two bushfires and a drought. (AAP image)

CANBERRA, Australia — Before the arrival of the pandemic, Bianca Tarrant and Dave McGiveron’s farm at Casino in Australia’s south-eastern state New South Wales was hit by a bushfire, a year-long drought, and then another bushfire.

The young couple faced financial ruin, but after a fortuitous post on Facebook in 2019, they have managed not only to endure a pandemic but build a thriving online business.

“We had no idea, and neither of us had a business background,” said Tarrant.

“It was really just a matter of survival.”

In 2017, the pair went into debt to stock their 80 hectares, but after 70 percent of their land burnt in the 2019 fires, prices at the sale yard were so low it was not worth selling their remaining animals.

In desperation, Tarrant turned to Facebook to offer cuts of meat from the farm online.

“We were hoping to sell cuts from one animal in the first month, but we ended up selling six times that,” she said.

Their online business, Our Cow, has since grown to distribute meat from 50 producers to about 10,000 households across much of Australia’s east coast.

Sydney’s demand for pre-prepared meal deliveries during Covid-19 has been a boon for local service, The Dinner Ladies too, with business more than doubling since its beginnings in 2017 with cook-ups in a home garage.

One half of the enterprising duo behind the business, Katherine Westwood, said it has hired half a dozen new people during the latest lockdown and now delivers about 3000 boxes of frozen dinners every week.

“During times of crisis, people want nourishing food, people want meals in their freezers to stock up,” she said.

As per reports by Roy Morgan, 26 percent of Australians used food delivery services in 2020, up from 19 percent the previous year.

The researcher found Uber Eats to be the market leader, but other services such as HelloFresh have also seen significant growth.

But it comes when parts of the food industry are struggling under strict lockdown rules, and Westwood admits she feels somewhat uncomfortable talking about the Dinner Ladies’ success during 2021.

“I am painfully aware that for many of my colleagues in the food business, it has been a disaster,” she said.

However, she sees her delivery service as helping with the stress of cooking under challenging times.

“My favorite comment of all time is, ‘you have saved my marriage,'” she said.

“We get that a lot; it is very heartfelt and sincere.”