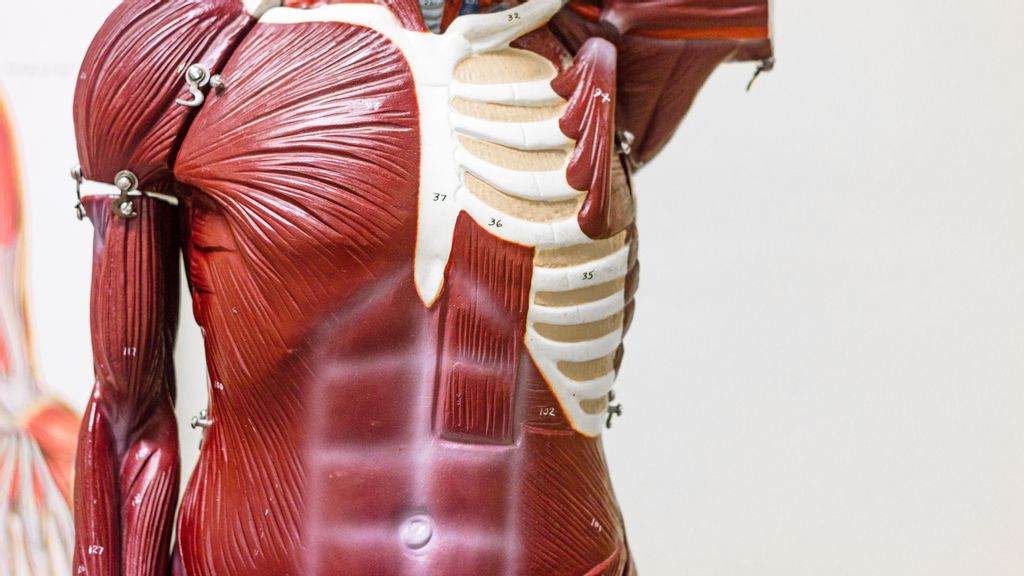 A new approach that applies anti-inflammatory nanoparticles to chronically inflamed muscles could have major implications for treating muscular dystrophy.

Nanoparticles are far smaller than what the human eye can detect, measuring between 1 and 100 nanometers across. A typical human hair is at least 80,000 nanometers thick. Medical researchers have learned how to use these particles to deliver microscopic doses of medications to tumors, damaged organs and inflamed tissues.

A research team from two divisions of Harvard University, the Wyss Institute for Biologically Inspired Engineering and the John A. Paulson School of Engineering and Applied Sciences collaborated on the promising therapy.

Wyss Institute founding faculty member David Mooney led his team in the effort targeting muscular dystrophies, “a group of genetic diseases that lead to the progressive loss of muscle mass and function in patients, with the incurable Duchenne Muscular Dystrophy, which affects all the body’s muscles, primarily in boys, being particularly severe.”

This type of muscular dystrophy typically emerges in early childhood. Healthy babies are born fragile and continue to grow stronger, but these patients continue to weaken as they age.

Most children with the disease are forced to use wheelchairs in their teens, and they often die before age 30. There is no known cure.

“As chronic inflammation significantly contributes to the speed and severity of muscle degeneration, researchers are pursuing different anti-inflammatory approaches that could be applied to the weakening muscles of DMD patients,” the research team reported.

“Because of this genetic mutation, their muscles are constantly chronically inflamed,” Raimondo said. “The inflammation itself damages the muscles, and they get progressively weaker. A big part of the progression is the inflammation, so we wanted to design nanoparticles that are anti-inflammatory.”

“We can inject the nanoparticles that we developed into the muscles, and it would sort of turn off the inflammation, or the bad things that were making the muscles weaker,” said Raimondo.

She said the idea was tested extensively in laboratory settings on animals before it reached human patients.

“We had these mice that had muscular dystrophy, and we injected our nanoparticles. We saw that there was less of an inflammatory response in the muscles and the mice got four times stronger.”

Mooney and Raimondo’s team showed in 2018 that gold nanoparticles can carry a substance, called a cytokine, that is secreted by cells in the human immune system. Injecting them into mice with Duchenne Muscular Dystrophy improved their muscular strength by 40 percent. This slowed the progression of the disease.

Raimondo’s current research uses a similar approach with an anti-inflammatory version of a cytokine.

“I was looking into an animal model for IBS [Irritable Bowel Syndrome], but it has not progressed as much as muscular dystrophy,” said Raimondo. “What all of these diseases have in common is inflammation. Of course, every disease has different characteristics, but we are excited about developing an anti-inflammatory therapeutic like these nanoparticles. I think it could be crucial in finding cures, or slowing the progression if they are genetic like muscular dystrophy.”

“This approach developed by Dave Mooney’s group … could be developed as an alternative, strategically applied solution for treating patients with Duchenne Muscular Dystrophy whose loss of muscle mass and function cannot be effectively stopped by any other means,” Wyss Founding Director Dr. Donald Ingber said in a report on the institute’s website.

“The same basic principle of NP- [nanoparticle-]based cytokine therapy could also have potential for a variety of other muscle disorders where inflammation is a major force.”

Their research was published in the journal Science Advances.

«Previous Post
Putting Ultrasound In The Hands Of All Doctors»Next Post
Ray Of Dope: Mystery Object Trapped In Body Was Metal Clip In An X-Ray Mat