An Elderly Couple That Spends Pension Fund To Fill Potholes

Gangadhar Tilak Katnam and Venkateshwari Katnam have been filling potholes in an Indian city for the past 11 years.
By Zenger News Desk July 12, 2021
Facebook
Twitter
Linkedin
Email 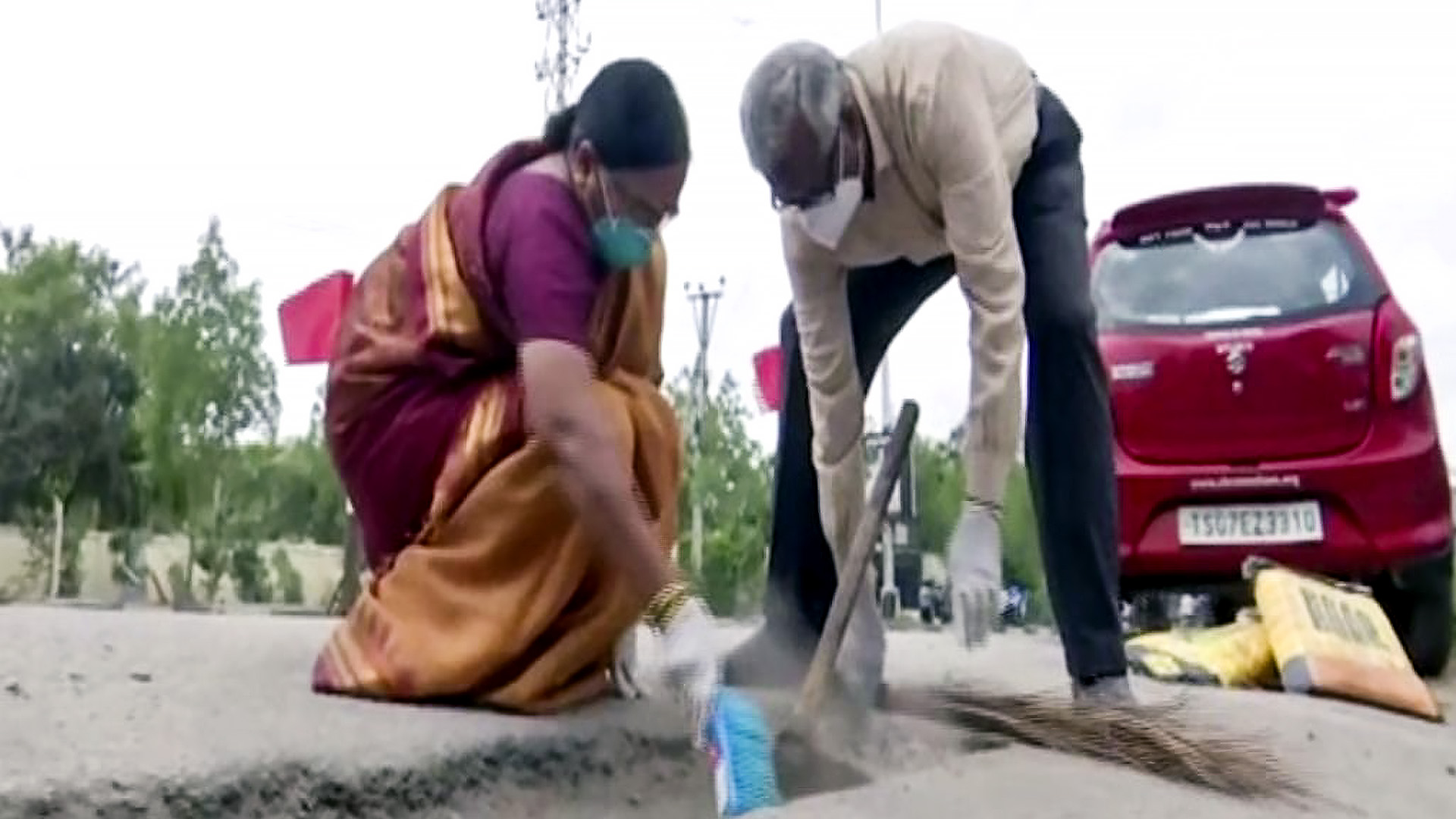 An elderly couple from Hyderabad have been filling potholes of the roads of the city for the past 11 years. (ANI)

HYDERABAD, India — To save lives, an elderly couple from Hyderabad, the capital of southern India’s Telangana state, has been filling potholes of the city’s roads for the past 11 years.

The couple has been using money from their pockets so that people can be saved from accidents.

Gangadhar Tilak Katnam, a 73-year-old man from Hyderabad, is popularly known as the ‘Road Doctor.’

He, along with his wife, Venkateshwari Katnam, 64, set out on to roads in a car, or what they call a ‘Pothole Ambulance,’ and fill up potholes wherever they find one. 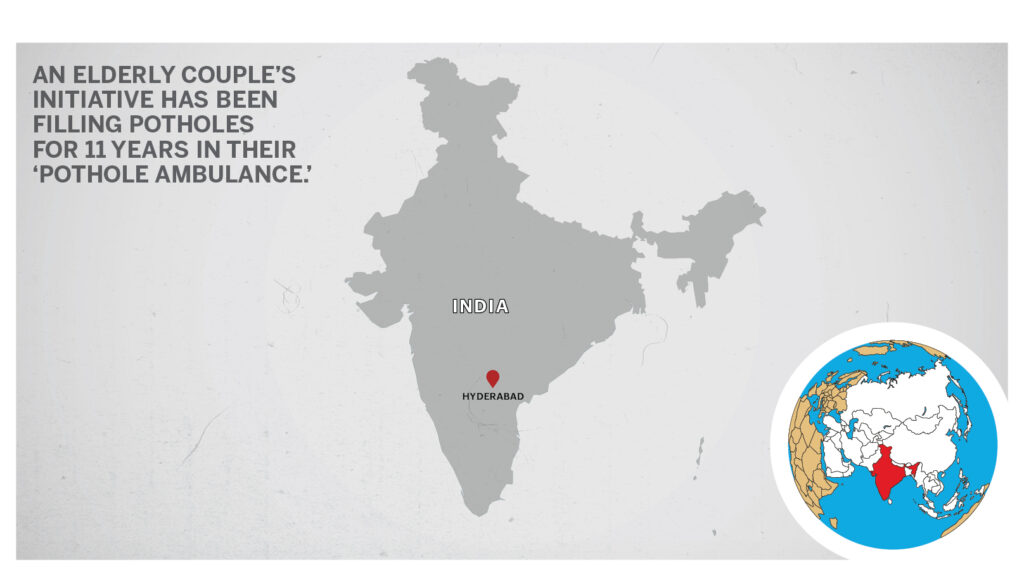 “After witnessing several accidents on the roads because of potholes, I decided to do something about the issue and to find a solution to it,” Tilak Katnam said.

“Initially, I tried to complain about the issue with the police and the Municipality officials, but none of it was of any use. That is when I have decided to fill these potholes by myself.”

Tilak Katnam worked as an employee with the India Railways for nearly 35 years. After his retirement, he came to Hyderabad to work as a software design engineer in a software company. He has been filling up potholes across the city ever since.

With zeal to make roads free of potholes, he quit his job as a software design engineer within a year and has been, since then, completely dedicated to filling potholes of the city.

When asked about the finances, Tilak Katnam said: “I am managing the finances of this initiative from the pension that I receive.”

“All the material that is required for the task is bought using money from my pension. For the last 11 years, I was able to fill nearly about 2,030 potholes in and across the city and spent about INR 40 lakh ($53,637) on it,” he said.

He further said that looking at his works, the government officials have also stepped forward to help him and have provided him with the required material.

He also mentioned that he runs an organization called ‘Shramadaan‘ to extend his work. “I would never ask anyone for funds/donations. People would step-in voluntarily to help in filling the potholes,” he said.

Mentioning that increasing population is a burden only until everyone steps out to help, he said, “Many problems can be solved very easily if everyone starts helping the other.”

Lastly, he said, “Road by road, we make a difference.”