The parents were born at zoos in France and England.
By Georgina Jadikovskaall July 9, 2021
Facebook
Twitter
Linkedin
Email 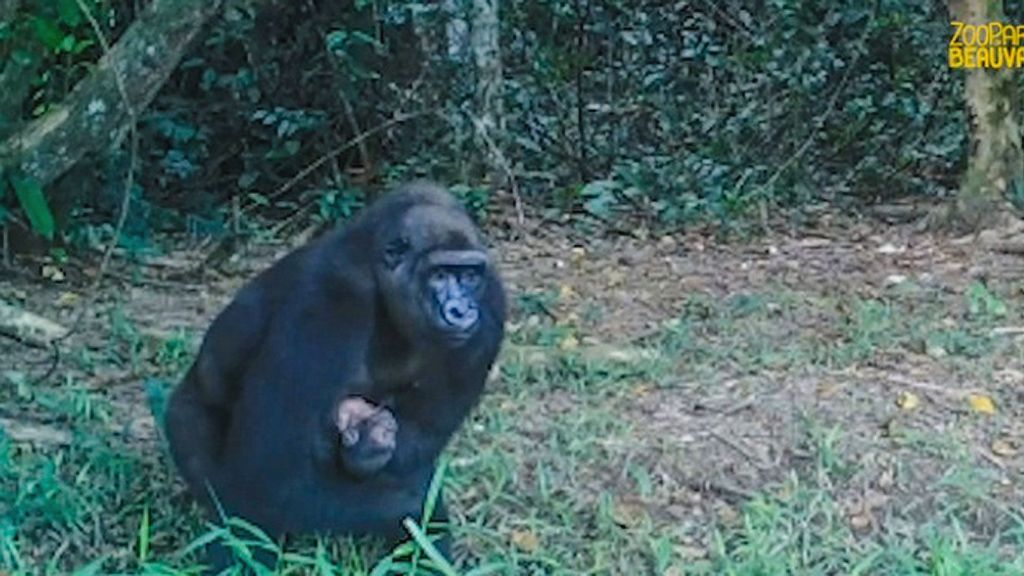 A baby gorilla born in Gabon, West Africa, is reported to be the first offspring of parents born in captivity and then released into the wild. (zoobeauval/Zenger)

The Aspinall Foundation that helped arrange for captive gorillas from France and Kent to be released back to the wild is celebrating the birth of the first gorilla offspring of captivity-bred parents ever be born in the wild in Gabon.

Mother Mayombe, and father Djongo had their first offspring since they were released in the Bateke Plateau National Park.

The mother, who was born at the ZooParc de Beauval in Saint-Aignan, France, was released in the wilderness through a collaboration between the Aspinall Foundation and the zoo in 2019.

The father was born at Port Lympne Reserve in Canterbury, England, and was set free in Gabon alongside his father, Djala, in 2013.

Djala was saved by a French helicopter pilot in 1986 after the man spotted a group of children playing with the orphan whose family had been massacred by poachers.

Djala currently lives at Bateke Plateau National Park alongside a group of females and his young offspring. He will be soon joined by his granddaughter.

ZooParc de Beauval President Rodolphe Delord said: “This first baby gorilla of our female, Mayombe, born in Beauval is extraordinary news for all our teams so devoted to conservation in Beauval. I myself had arranged the transfer from Mayombe to Gabon with a lot of emotions, and we were hoping for this birth with all our wishes.”

ZooParc de Beauval Associate Director Delphine Delord said: “This is a huge hope for global conservation. We are so excited in Beauval by these wonderful news. Today, we celebrate hope and the possibility of a better future for this critically endangered species, thanks to the work done both in zoos and in the wild.”

“The next generation of this critically endangered species, given a full life in the wild, free from human persecution, is a powerful image in a project that has come full circle.”

Western gorillas, found in Angola (Cabinda); Cameroon, Central African Republic, Congo, Equatorial Guinea, Gabon and Nigeria, and Eastern gorillas, which live in The Democratic Republic of the Congo, Rwanda and Uganda, are listed as critically endangered on the Red List of the International Union for the Conservation of Nature.