Unique Technology Used For Reforestation After Dam Collapse In Brazil

Some stakeholders are wary of the innovative work done through a partnership between the mining company and a university.
By Bruno Torquato July 9, 2021
Facebook
Twitter
Linkedin
Email 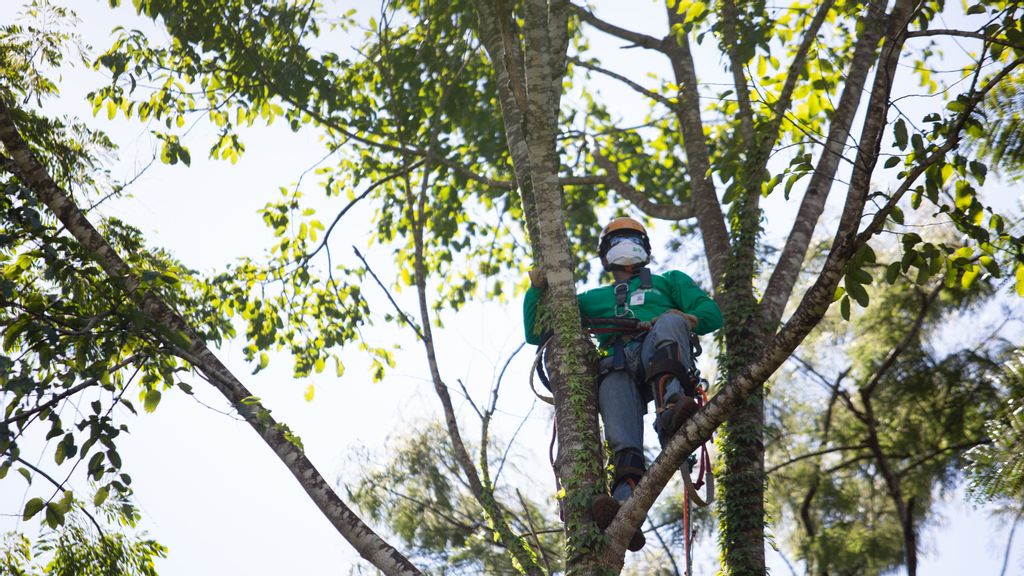 Workers must climb to the tops of trees to rescue their DNA and replicate it in the lab. (Courtesy Vale)

BETIM, Brazil — The environmental and socioeconomic devastation caused by the failure of the iron ore dam owned by the mining company Vale, in Brumadinho, Brazil, is still visible today, more than two years after the tragedy.

With 259 deaths already confirmed, the fire department continues searching the area for 11 more victims who are still missing.

The more than 413,000 cubic feet of ore tailings, or mine waste, in the dam carried away everything in their path, destroying forests, rivers, and communities.

Today, Vale is facing several challenges, such as reforestation for the environmental recovery of the native flora. To help, scientists from the Federal University of Viçosa (UFV) have begun to implement a unique, innovative technology. But not everyone agrees with it.

Scientists visit the site and collect the top part of a tree to rescue its DNA and then, in the laboratory, make a copy, like a clone. They foster early blooms that can be replanted. The tops of trees, which would soon die, turn into the beginning of a brand-new living tree. Through this process, scientists make it possible to reduce the flowering time of seedlings from 8 years to six to 12 months. The cloned seedling is planted next to a traditional one to guarantee the region’s biodiversity.

The scientist and professor at Federal University of Viçosa, Glêison Dos Santos, told Zenger that it took two and a half years from the time he had the idea for this project to collect the DNA, make a copy, accelerate flowering and then plant the product based on a final patented protocol. He contacted others to help put this technology into practice.

“When the dam broke, those tons of mud came down, damaging endangered trees such as Jequitibá, Jacaranda, Ipê [“pink trumpet tree”]. These trees would die over time; they are dying because of physical damage,” said Dos Santos. He added that DNA was collected from these species before they died and data were lost. “Now, from those trees that are going to die, I have its DNA. I will not lose this tree. I can even make a lot of copies of them,” Dos Santos told Zenger.

He explained that a series of hormones is used to create an early bloom, highlighting the importance, in his view, of the partnership between UFV and Vale. “Research at Brazilian universities is often used only inside the university; it ends up not generating a return for society. This partnership allowed us to apply this project in practice, and it worked very well,” he said, adding that the synergy between the company and the university will generate innovations for the country’s growth.

A tree performs its maximum function in nature when it is blooming, that is, producing flowers, fruits, and seeds that will serve as food for bugs and other animals in the area. By taking to the region a tree that is already blooming, Dos Santos says the environmental restoration is up to 10 times faster.

To use this new technology, the planting site must be free of ore tailings. The forestry engineer working as an environmental analyst at Vale, Raul Firmino, told Zenger that the cleanup work could take about a month, depending on how many ore tailings are in each location of interest. First, though, Vale must work with the fire department that operates in the region because the firefighters free up sub-regions where the search for victims’ remains has been concluded.

“We’re talking about 293 hectares [724 acres] of recovery over the years. This recovery from an environmental point of view is slow. When we propose the work with UFV, we propose a process of selection of those trees that were in extinction and protected by law. We understand that the rescue of the DNA and the induction of early blooming allow us to anticipate the return of fauna,” said Firmino.

Regeneration is made possible by pollinators such as bees and birds. These pollinators bring other species that were not there before, and Firmino’s task becomes more effective. “On the timescale, in the recovery area, when I speak about diversity return, this timescale we can anticipate,” he said.

Both Dos Santos and Firmino say they are negotiating a contract to use this new technology for 30 other species of trees, which can be used in the Atlantic Forest and the Cerrado savanna. Dos Santos says that this new reforestation method can be used globally, whether in accidents like the one in Brumadinho or in natural disasters such as fires or hurricanes that destroy the forests.

He also believes that this new technology shows once again how strong nature is in its recovery and how human beings can accelerate it.

As per the legal procedures, residents from cities impacted by the dam collapse were able to vote on technical advice. In Brumadinho, Minas Gerais State Association for Environmental and Social Defense (Aedas) was chosen to oversee this procedure.

“We believe that in this dispute, independent advocates are necessary who are able to contribute in the assessment of damages from the perspectives of those affected, without Vale’s partiality, because Vale has its own interests in this process to identify damage. After all, it is part of the process”, said Ísis Táboas, the institutional coordinator of Aedas in Brumadinho.

Táboas told Zenger that work is also done to promote the informed participation of people affected by the dam collapse, helping 39,000 citizens to understand what is going on judicially.

Thomas Parrilli, a geographer at Aedas in Brumadinho, who is currently studying for a master’s degree in environmental planning, is skeptical of this new technology developed by Vale in partnership with the university, He believes it is necessary to understand more about the consequences of applying it.

Moreover, regarding restoration work, Aedas demands greater popular participation in Vale’s decisions. “We didn’t have access to this partnership between Vale and UFV, and it is vital because the people from Brumadinho and those who live next to Paraopeba River have little information about what Vale has been developing. In this case, it seems to me that the technology in question, as it is unprecedented, must be used and applied sparingly,” said Parrilli.

“The recovery must be done, and maximum standards are needed [for the region’s ecosystem] lost by the dam collapse, but it has to be done with an appropriate methodology. This UFV initiative could be the right one, although in this matter about regeneration in a tenth of the time, there could be damage or consequences that we don’t know about,” he said.

Parrilli adds that Vale’s performance in the recovery process from damages caused by the company has been surrounded by mysteries and surprises, which, he says, leads to insecurities in the communities. He pointed out that they had no access to Vale’s study for environmental recovery until two years after the dam collapse, and even then, only to the first version of the document.