‘Dosa King’ P Rajagopal was convicted to a life term for the murder of Jeevajothi Santhakumar’s husband. 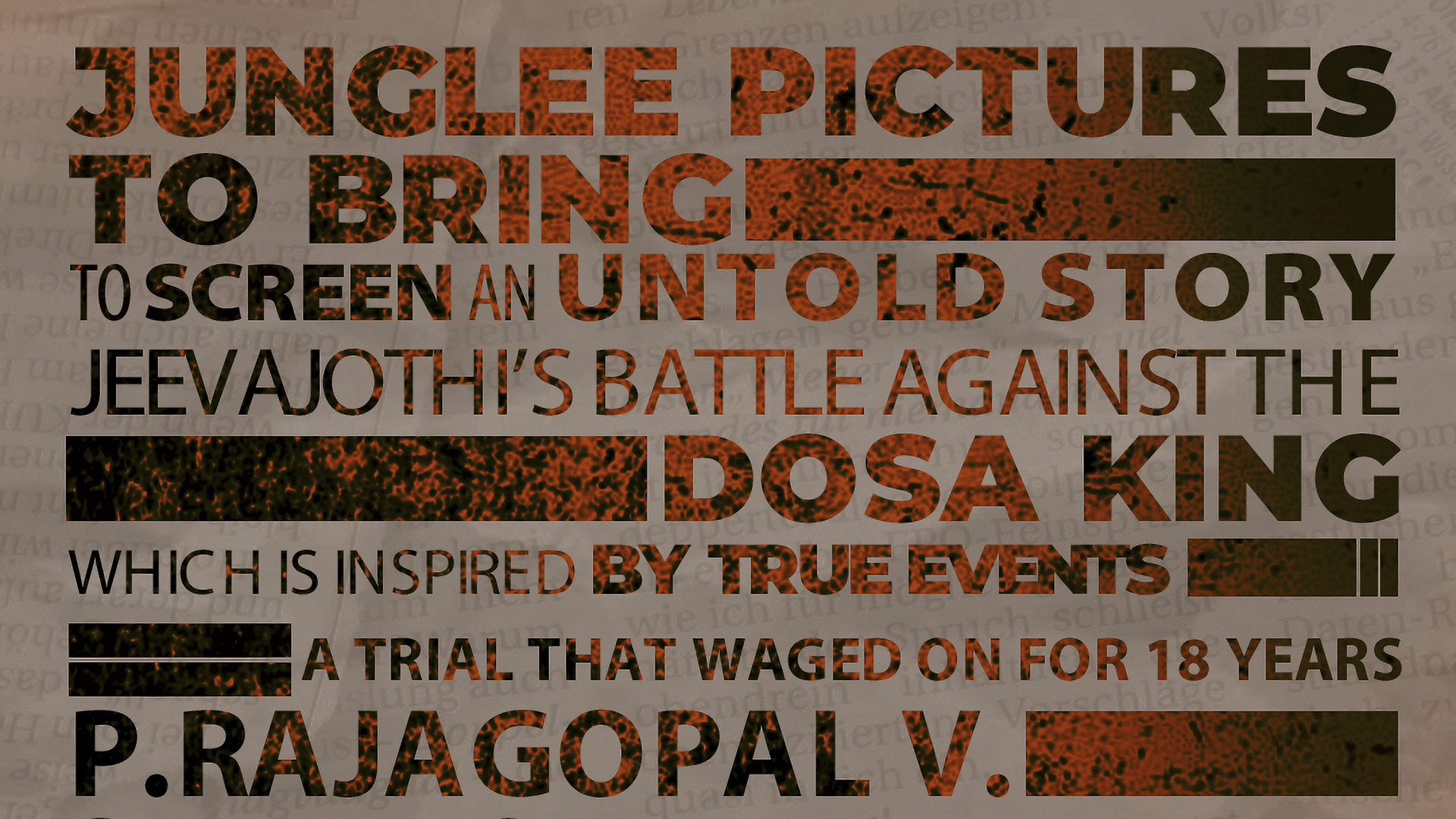 Junglee Pictures, has acquired the rights to make a film on Jeevajothi Santhakumar and her battle against hotelier P Rajagopal, an accused in a 2001 murder case. (Junglee Pictures, @JungleePictures/Twitter)

MUMBAI, India — The production house, Junglee Pictures, has acquired the rights to make a film on Jeevajothi Santhakumar and her battle against hotelier P Rajagopal, an accused in a 2001 murder case.

As per reports, Rajagopal, the founder of Saravana Bhavan, a popular South Indian food chain, wanted to marry Santhakumar, the daughter of one of his employees at his restaurant.

As Santhakumar was already married, Rajagopal hatched a criminal conspiracy to eliminate her husband, Prince Santhakumar. In 2001, her husband was murdered, and his body was found in Kodaikanal city in the south Indian state of Karnataka.

A sessions court had convicted Rajagopal and four others to ten years of imprisonment, but later the Madras High Court set aside the sessions court’s order and increased the jail term to a life sentence.

The makers have taken the life rights in all languages of Santhakumar for literary and audio-video content.

“I am overwhelmed and elated by Junglee Pictures’ decision to make a feature film about my legal and emotional battle with this affluent hotelier, a struggle that went on for 18 years,” said Santhakumar.

“I am confident that seeing this story on the big screen will bring about a drastic change in the status quo of patriarchy.”

In July 2019, Rajagopal passed away after suffering a cardiac arrest.

Rajagopal, a rags-to-riches businessman, a family man who was revered for his generosity by his employees, would be the subject of the currently untitled film. The film would explore his pursuit of the unwilling Santhakumar and the events that followed, which led to him being accused of her husband’s death.

“Making headlines, once again, rolling soon with the story of Jeevajothi Vs. The Dosa King,” read the post.

Renowned screenwriter Bhavani Iyer has been roped in to pen the story of the film.

“Jeevajothi fought a long battle against an incredibly powerful person and has survived to tell the tale,” said Iyer.

“The fact that she has made something special out of her life is a testament to what she is truly made of, and an inspiration to me as a woman first, then as a writer,” said Iyer.

“So in our story, one character is a true survivor, while the other is a classic example of what power and delusion can lead to. Writing this is a fabulous challenge, and I am so excited to get started,” she said.

Details related to the film’s cast have not been revealed yet.