People are prohibited from disembarking at this mysterious island, a symbol of Veracruz’s port. 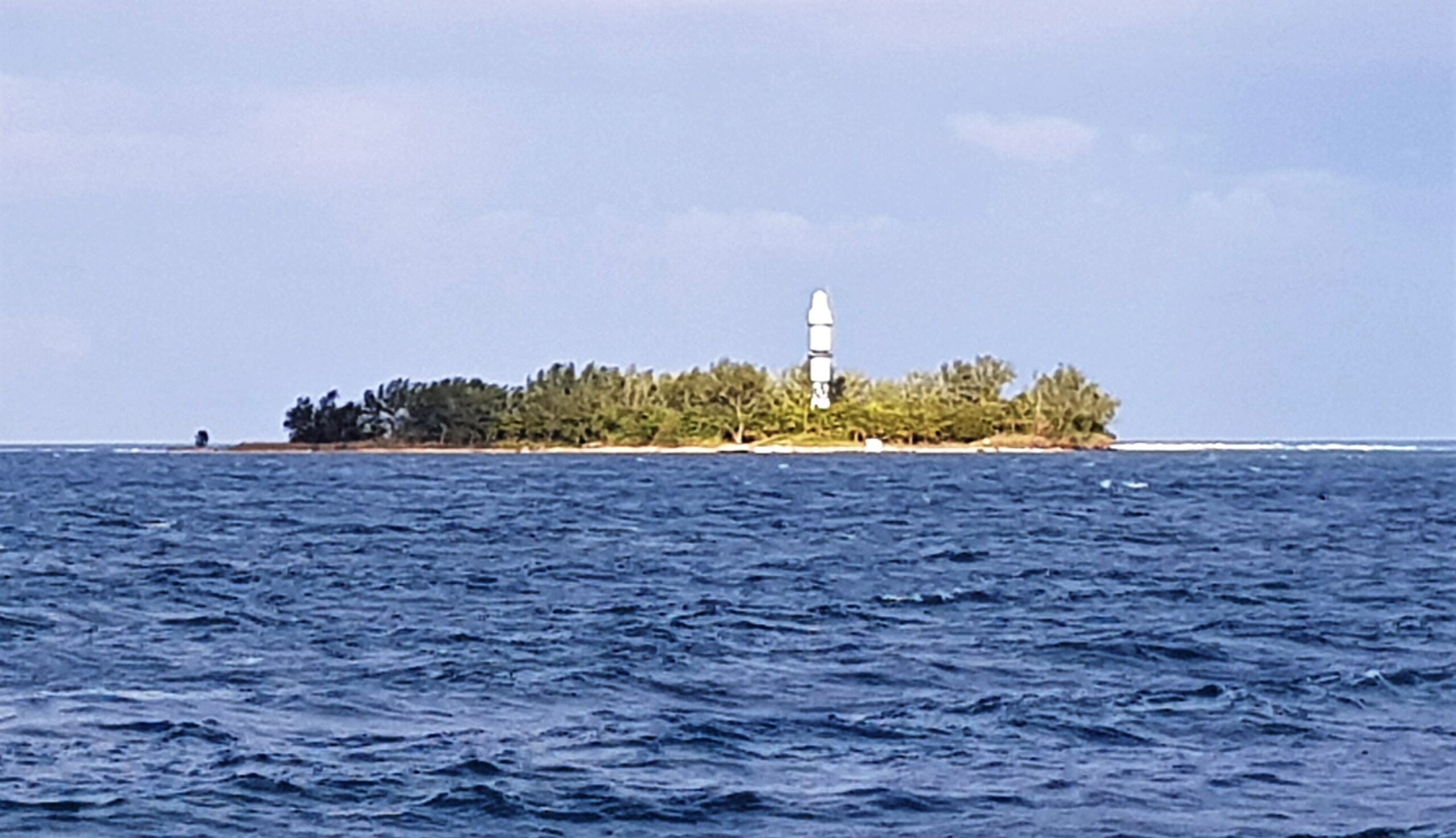 The Sacrifice Island is an isle near to Veracruz’s port, on the Gulf of Mexico. (Carlos Ramírez/Café Words)

The island, which is part of the Veracruzano Coral Reef System National Park in the Gulf of Mexico, measures approximately 1,476 feet (450 meters) long and 650 feet (198 meters) wide. Though it is prohibited to land on the island, it is a tourist attraction as it is considered a sightseeing destination.

The local authorities decided that, to protect the flora and fauna, only authorized people can disembark there.

“Some years ago, we began to consider the possibility to let people disembark there,” said Gaspar Monteagudo Hernández, the head of inspection and surveillance of the State Government’s Office of the Environment. “The project would be a touristic one that would allow people to become aware of the biodiversity of the island. However, the plan did not come into fruition.”

Many locals appreciate the government’s decision, as protecting the species that inhabit the Gulf of Mexico is its own reward.

“The opening of the island to tourism was rejected since, if it had been accepted, many jobs around the island would have been lost. One of the main benefits of prohibiting people from disembarking there is that, unlike the other smaller islands, is that as people cannot make parties there, it is cleaner, and the environment has not suffered,” said Monteagudo Hernández.

In 1518, Spanish explorer Juan de Grijalva led an exploration of this island after watching smoke rising. The Spaniards soon discovered the remains of sacrificed men there. This is why, when they made the map charts, they named it Sacrifice Island.

Mexican archeologist Alfonso Medellín Zenil researched pre-Columbian remains on the island during the last century. He found vestiges of the Totonac culture that lived in the region. There were clay figurines and pots that showed that the island had religious significance.

Veracruz has been Mexico’s first line of defense for centuries, and it has served as a military base since colonial times. It was a battlefield during an American invasion and two French invasions. The island has played a crucial role in the defense of Mexico against foreign interventions.

The atoll is home to essential ecosystems, and many species inhabit it. There are 70 species of green algae and 123 species of red algae in its waters. The hawksbill sea turtle — an endangered species — has been found to bury its eggs on its beaches.

There are 81 species of birds inhabiting the island, such as frigates, pelicans, cormorants, peregrine falcons, fishing hawks, and gray herons.

Its protected status ensures that the island will remain a sanctuary for marine life, birds, and coral reefs.