Historians say sword belonged to a Bavarian officer at the Battle of Blenheim, where British and Austrian forces were victorious.
By Georgina Jadikovskaall July 9, 2021
Facebook
Twitter
Linkedin
Email 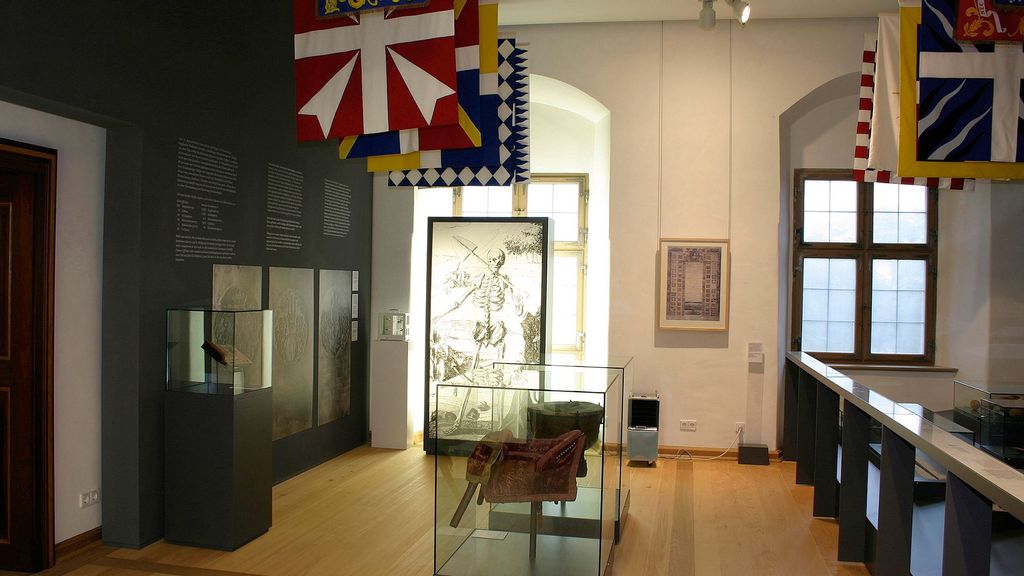 The exhibition Battle of Blenheim 1704, at the Hochstadt Castle on the Danube in Germany. (Bayerische Schlosserverwaltung, Ulrich Pfeuffer, Munchen/Zenger)

A rare 300-year-old sword that belonged to an officer at the Battle of Blenheim, where Winston Churchill’s ancestor the Duke of Marlborough defeated the Bavarians, is now on display in a German castle.

The blade, dating back to the beginning of the 1700s and inscribed with the phrase ‘Vivat Maximilian Emanuel’, has recently been added to the Battle of Blenheim collection at Hochstadt Castle in the German state of Bavaria.

Experts from the Bavarian Palace Administration believe it belonged to a Bavarian officer, as such expensive engraving was only common on officers’ swords. The inscription honors Maximilian II Emanuel, who served as Elector of Bavaria between 1679 and 1726, and is accompanied by an engraving of the old Bavarian coat of arms.

Historians are certain it was used in the 1704 Battle of Blenheim, where the Bavarian army stood on the side of the French against the victorious coalition of British and Austrian troops under the lead of the Duke of Marlborough and Prince Eugene of Savoy of the Austrian Habsburg dynasty.

The Duke of Marlborough, also known as Gen. John Churchill, who was one of the main commanders in the battle, was an ancestor of former British Prime Minister Sir Winston Churchill.

After realizing the dangers of the Franco-Bavarian coalition, Churchill marched his forces south to the town of Blindheim, which was traditionally known as Blenheim, to help England’s allies (Scotland, Austria, Prussia, Hesse-Cassel, Hesse-Homburg, and the Dutch Republic) win the battle.

The victory at Blenheim marked a turning point in the Spanish War of Succession, which was the first international conflict between the European powers and gave birth to the concept of a “European balance of power,” as Great Britain rose to prominence. The battle resulted in over 25,000 dead or wounded, and Bavaria was occupied by Austria and placed under Austrian military rule for a decade.

The Bavarian Palace Administration, which purchased the officer’s blade from a historical weapons expert, said that decorated weapons such as this are rare and invaluable, and need to be preserved. The sword is fully functional, not a parade sword.

Bavarian Palace Administration spokespersons Ines Holzmuller and Franziska Wimberger announced that the sword is on display alongside other contemporary weapons such as handguns, match guns and flintlocks at the ‘Battle of Blenheim 1704’ exhibition from July 5.

Other exhibits on display include flags, clothing, leaflets and paintings, while additional audio stations and animations serve to “bring the past into the present.”

The Palace Administration itself has origins in the 18th-century royal court, and now serves as one of the largest state museum sponsors in Germany, overseeing over 45 palaces, castles and residences.