The film's production was halted in March last year due to a pandemic lockdown but resumed in September.
By Zenger News Desk July 9, 2021
Facebook
Twitter
Linkedin
Email 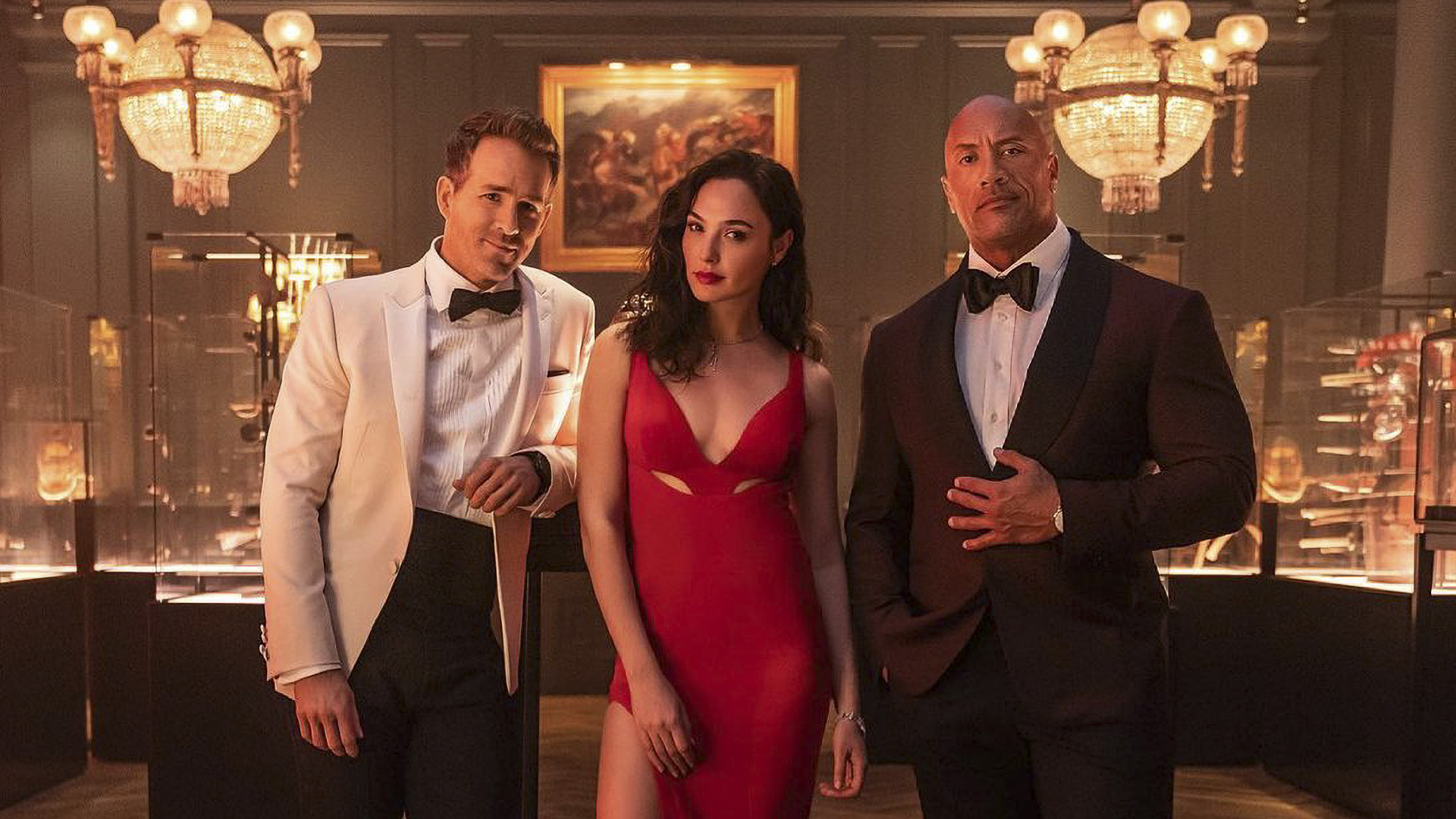 Netflix's movie "Red Notice" starring Dwayne Johnson, Gal Gadot, and Ryan Reynolds, is all set to premiere on the platform in November this year. (@Netflix/Instagram)

WASHINGTON — Netflix’s much-anticipated movie “Red Notice” starring Dwayne Johnson, Gal Gadot, and Ryan Reynolds is all set to premiere on the platform in November this year.

Former wrestler and American actor Dwayne took to his Twitter account to announce the news, along with a picture featuring the sizzling cast.

“You’re officially on notice @Netflix’s biggest movie ever #REDNOTICE premieres in your living rooms around the globe on NOV 12 FBI’s top profiler,” he tweeted.

“World’s most wanted art thief. And the greatest conman the world has never seen…@GalGadot @VancityReynolds #REDNOTICE.”

“Red Notice” is an upcoming comedic action thriller drama, written and directed by Rawson Marshall Thurber, who had earlier collaborated with Johnson in super hit movies like “DodgeBall,” “We’re the Millers,” “Central Intelligence.”

As per a media report, the movie’s tagline teases an unlikely trio for the ages: the Federal Bureau of Investigation’s (FBI) top profiler (Dwayne) and two rival criminals: the world’s most wanted art thief (Gadot) and the greatest conman the world has ever seen (Reynolds).

An Interpol-issued “Red Notice” is a global alert to hunt and capture the world’s most wanted. But when a daring heist brings together the Federal Bureau of Investigation’s (FBI) top profiler and two rival criminals, there’s no telling what will happen.

The film’s production was halted in March last year due to a coronavirus lockdown but resumed in September.

Last year, Johnson posted an emotional video on his Instagram handle after finishing up his segments on “Red Notice.”

“I have wrapped many of big productions in my career, but none will ever compare to wrapping RED NOTICE and what this represents,” he said.

“The gratitude, the emotion (I had a pause during these remarks for a moment) and the galvanized spirit of this crew — whom I consider my family — who locked arms with us and went shoulder to shoulder to sacrifice their time with their families, battle thru (sic) extreme COVID conditions, to proudly and tirelessly be the hardest workers in the room who will always GET THE JOB DONE.”

Johnson also mentioned that while filming, the crew was quarantined for months, and over 2000 tests were conducted every week with 800 production workers.

The entire crew was in a 100 percent safe bubble, and the production was not shut even for a day due to a positive coronavirus case.

Johnson was last seen in the comedy sitcom “Young Rock,” which is centered around the extraordinary stories and relationships from his youth that have shaped Johnson into a fabulous superstar.

On the other hand, Reynolds last appeared in the action-comedy “The Hitman’s Wife’s Bodyguard” with Samuel L. Jackson and Salma Hayek.

While Gadot’s last appearance was in Zack Snyder’s “Justice League.”