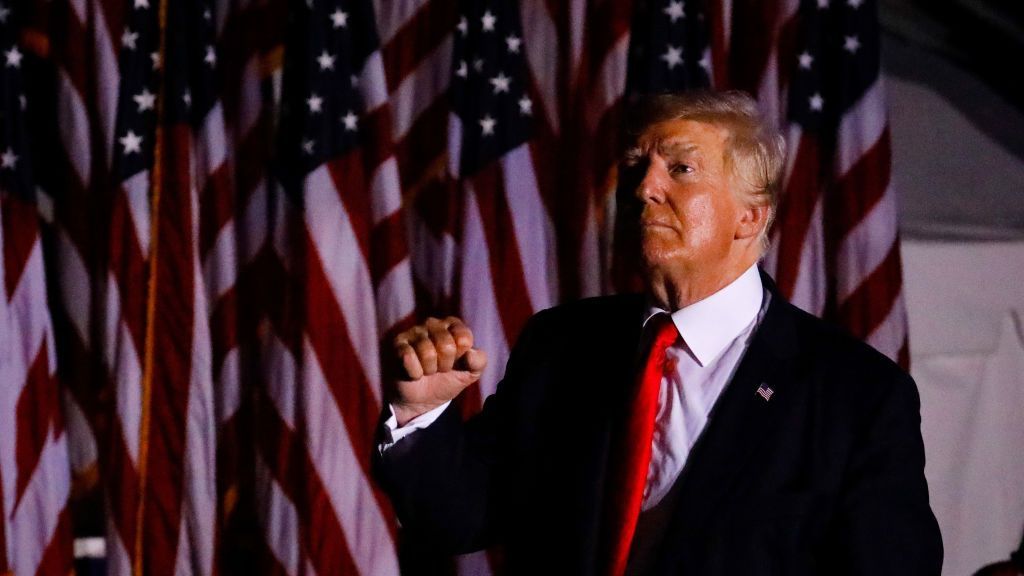 A low-energy restart and new legal woes have not been enough to dissuade Donald J. Trump from relaunching a program of campaign-style rallies ahead of the 2022 midterms, with the former president pledging Thursday night to forge ahead with events with onetime Fox News host Bill O’Reilly.

Trump told the 71-year-old former “O’Reilly Factor” host, who was fired by Fox News after revelations he had paid tens of millions of dollars to settle sexual harassment cases and who now hosts an online streaming show, that he was looking forward to their tour later this year.

The pair plan a “History Tour” of public forums in December and Trump promised on O’Reilly’s “No Spin News” show, which airs on his website and CBSViacom-owned streaming channel The First, that they would “have a good time” and “educate” America about his achievements while in office.

“You and I have always done well together,” Trump told O’Reilly on the show. “You’re tough, You’re smart. And I enjoy the interviews I’ve done with you.”

Trump’s pledge came days after his latest attempts to rekindle the pizzazz and rock-concert-style campaign rallies that became his trademark during his 2016 and 2020 runs for president.

He drew a large crowd in Sarasota, Florida, on July 3, after returning to the rally stage for just the second time since losing the 2020 presidential election to Joseph R. Biden Jr.

But the push to restart prime-time political rallies in a non-election year has hit some hurdles.

A relatively lackluster event in Cleveland last month marked his first public event since his Jan. 6 rally just before his supporters attacked the U.S. Capitol while lawmakers tried to certify the 2020 election result.

His speech seemed to fall flat with the Cleveland audience at times and many attendees left early.

Less than a week later, a rally he had planned at Mobile, Alabama’s USS Alabama Battleship Memorial Park during the Independence Day weekend was scrapped after local officials denied a permit for the venue over concerns it was “going to be a partisan political event, rather than just a patriotic event.”

On stage, Trump railed against the charges facing his company.

He invoked familiar rhetoric he had used to dismiss both the FBI’s investigation into alleged Russian collusion with his 2016 election campaign and claims he requested Ukrainian interference in the 2020 ballot, which led to his 2019 impeachment in the Democrat-held House of Representatives.

However, the former president also struck a more downcast tone.

“I’ve been targeted since I came down the elevator,” Trump said during a 10-minute tangent on the matter, going off-script at an event touted as the relaunch of his political movement as the 2022 midterms near.

Coming from a politician known best for his pugnacious counter-punching in the face of an attack, the note of despondency diverged sharply from the usually combative exterior Trump fans are used to.

That can best be understood best in terms of the former president’s rapidly shifting situation without the aura of power, according to A.J. Gawthorpe, a professor of history and international studies at Leiden University in the Netherlands. Unlike before in his political life, Trump now has a reason to bite his lip.

“It is natural that he and his handlers want to avoid putting him on the stump when there’s still so much uncertainty around the state criminal probes into his business,” Gawthorpe told Zenger. “Unlike when he was president and shielded from prosecution, he seems to have real potential criminal liability here.”

In their indictment last week, prosecutors accused the Trump Organization of engaging in a scheme to evade taxes for 15 years, alleging that Weisselberg, the chief financial officer, had avoided paying income tax on roughly $1.7 million worth of compensation he earned while working for the company.

According to the filing, the business failed to withhold taxes from Weisselberg’s pay and the chief financial officer hid the income from his tax returns. More than $1.1 million of the untaxed compensation came through the Trump Organization paying rent, automobile and tuition costs for Weisselberg, which prosecutors say the company did not report properly as indirect compensation.

Both the Trump Organization and Weisselberg have pleaded not guilty.

Trump has yet to announce his next round of rallies.

Even if he was now biting his lip, though, it was remarkable Trump was even hosting political events at the moment, Tom Sutton, a political science professor at Baldwin Wallace University, told Zenger.

“Ninety-nine point nine percent of other politicians would lay low; Donald Trump will not,” Sutton said.

“He almost welcomed the charges being brought,” he added, saying they provided him a clear target. “He loves nothing better than a fight and to cast the opposition as going after him, as a ‘witch hunt.’”

All his rallies are with the 2024 presidential election — and a potential rematch with Biden — in mind.

“He is the dominant figure in the party,” Sutton said, “and so long as he stays healthy and active, I think he fully intends to run again, which means a lot of other Republicans who style themselves as being part of Trump’s legacy may step aside and let him run, or they may see him as a liability and challenge him.”

The Sarasota rally in fact lacked many of the key elements that defined Trump’s pre-loss rallies, including the most high-profile local elected Republican officials, keen to bask under Trump’s halo.

Notably absent from Sarasota, for instance, was Florida Gov. Ron D. DeSantis, a close ally who has led Trump’s adopted home state since winning a tight 2018 election. Considered one of the most pro-Trump governors — as well as a potential heir in the GOP and one of the party’s most popular potential 2024 candidates — DeSantis instead tended to the rescue efforts for the recent Miami-area building collapse.

During his speech, Trump told his supporters he instructed DeSantis not to come.

Yet the lower energy of the recent Trump rallies is also flavored by the fact they are not being held in an election year, which naturally tends to reduce crowd draw. With “Trump 2024” signs decorating his trip to Sarasota, Trump’s post-election public profile still dwarfs that of many his predecessors.

“Republicans still see his endorsement as extremely valuable, and he remains a draw at his rallies,” said Kyle Kondik, managing editor of Sabato’s Crystal Ball at the University of Virginia’s Center for Politics, adding that all GOP candidates had no choice but to pay attention to the losing 2020 candidate.

“Trump remains extremely visible for an ex-president,” he said.

Many Republicans are already focused on the 2022 midterms and are already vying for Trump’s support given his ability to reach the GOP base; Trump has also promised GOP leaders like House Minority Leader Kevin McCarthy (R-Calif.) that he will help the GOP win back both chambers of Congress.

He has also jumped at the chance to endorse pro-Trump candidates trying to oust the Republicans who voted to impeach or convict him for inciting the Capitol insurrection.

Eleven of the 17 Republicans who supported Trump’s second impeachment are up for reelection in 2022 — and at least 10 of them are already facing primary challengers.

They include Reps. Liz Cheney (R-Wis.), who was removed from her House leadership position after voting to impeach Trump in January, Adam Kinzinger (R-Ill.), a frequent Trump critic who supported his second impeachment, and Sen. Lisa Murkowski (R-Alaska), who at times broke from Trump on key issues during his presidency and voted to convict him in his latest impeachment trial.

All these factors combine to ensure Trump’s not going anywhere as the 2022 midterms approach.

“You’re going to see him being active — maybe not as active as he was as president — but there’s no question that he’s going to be out campaigning for Republican candidates in the primary,” said Peter Bergerson, political science professor at Florida Gulf Coast University. “He’s going to go out and raise money … and he wants to hold onto his division of being a leader in the Republican Party.”

But Bergerson added that a lot can change in politics over a few years.

“Will he run again in 2024?” he asked. “We’ll have to wait and see, but he’s so controversial that I think that Republicans will be looking for a new candidate, new personality and new issues.”