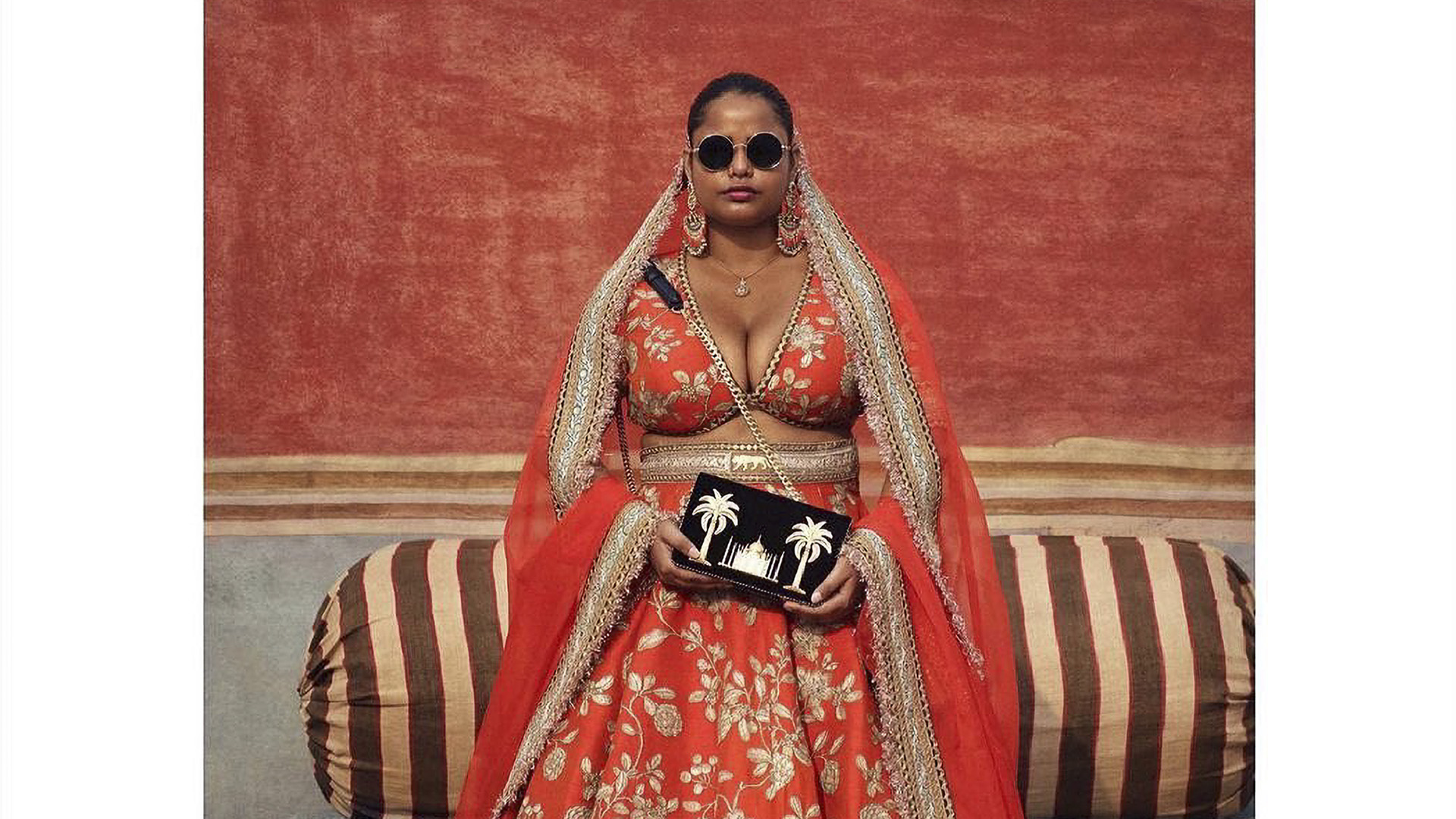 In India, the move is generating allegations that it’s a public-relations stunt, long on tokenism and short on meaningful change.

“It’s crucial for us to show everyone ALL over the world that they matter and are seen! As a founding partner of #TheVSCollective and advisor to the business, this is exactly what I intend to do,” she said.

But Urvashi Goverdhan, a body positivity activist based in Bengaluru, India, said the brand-facelift is “more of a business decision than an ethics-based choice.” 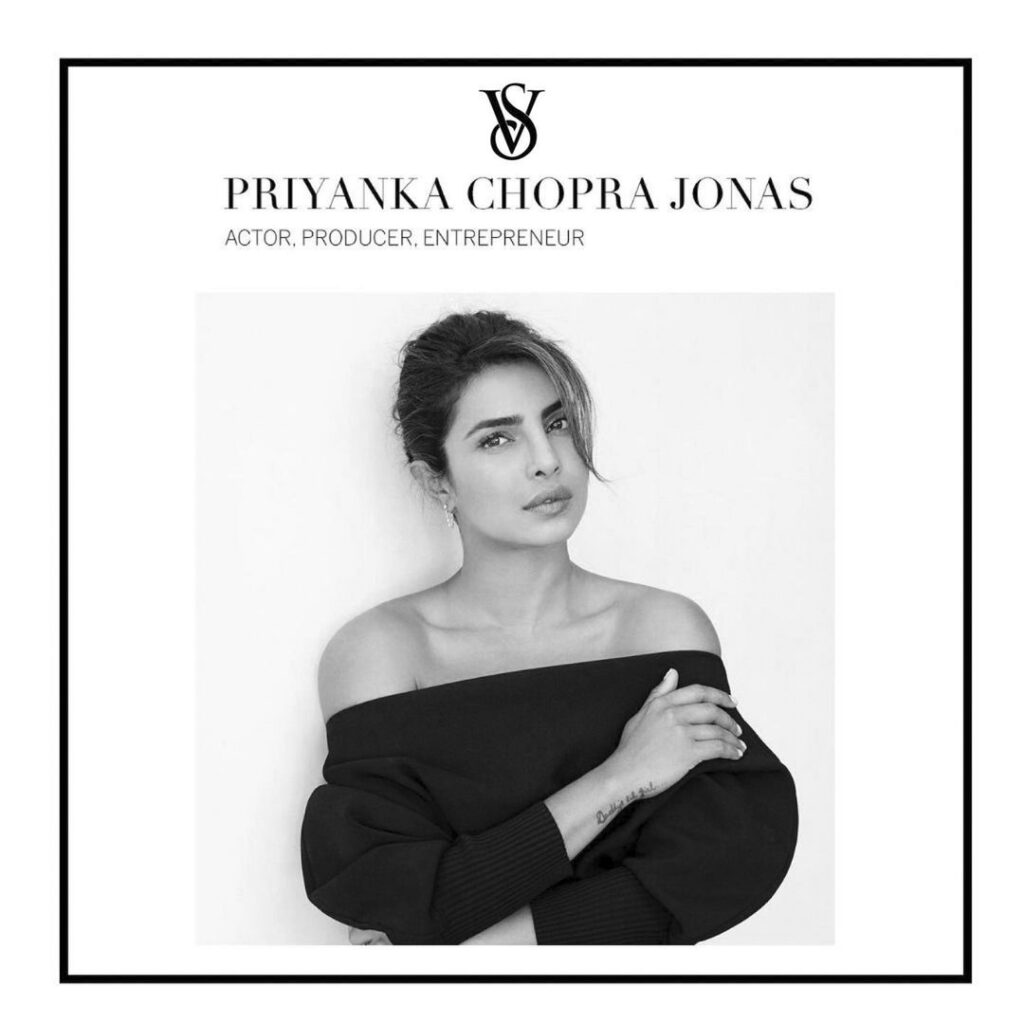 Priyanka Chopra said in an Instagram post that she is excited to bring about “meaningful” change at one of the world’s most iconic brands. (@Priyankachopra/Instagram)

“Taking Priyanka Chopra as a woman of color to diversify their image is an obvious choice,” said Goverdhan, “but she or the other women on the list, except for Paloma Elesser, aren’t body positivity figures and neither have they done any work in this area.”

Goverdhan says the change is too little, too late, but it is a move in the right direction.

“I remember being 21 and watching their iconic fashion show and feeling like shit about my body. But hopefully from here on, they’ll diversify more,” she said.

Goverdhan said the body positivity “space” has its own problems, promoting only one body type — an hourglass figure: “Some women carry their weight in the middle, and not everyone who is a plus-size has an hourglass shape, so this also needs to change.”

Victoria’s Secret intends to phase out its “Angels” branding, consisting of supermodels who  represented the business in fashion shows and ad campaigns.

“At Victoria’s Secret, we are on an incredible journey to become the world’s leading advocate for women,” Waters said in a statement. “This is a dramatic shift for our brand, and it’s a shift that we embrace from our core. These new initiatives are just the beginning. We are energized and humbled by the work ahead of us.” 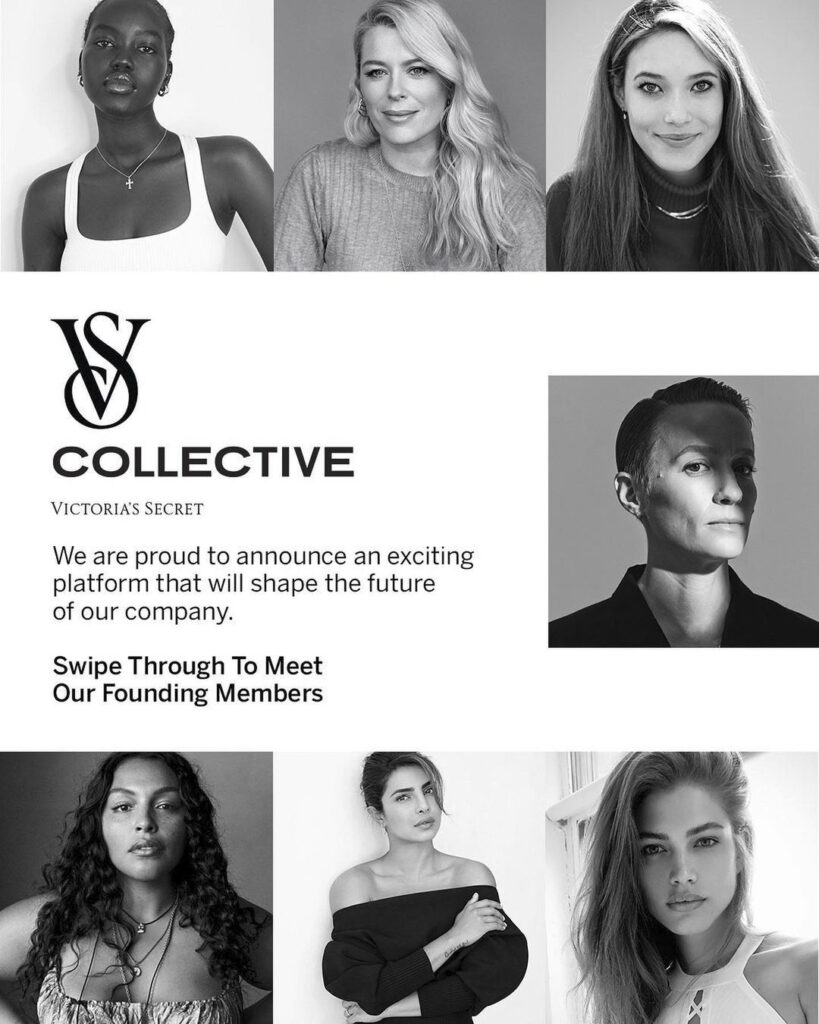 Cora Harrington of The Lingerie Addict, a lingerie brand and intimate apparel blog, tweeted: “Any rebrand without a size expansion is DOA (dead on arrival). I don’t think this new VS Council or whatever it’s called will change Victoria’s Secret brand credibility. It might hurt the image of those associated with it, though.”

Victoria’s Secret had global net sales amounting to approximately $5.4 billion in 2020, a dramatic fall from 2018 and 2019 when the net sales were more than $7.3 billion.

The slide came while the singer Rihanna launched her own lingerie brand, Savage X Fenty. It has established itself as a body-positive and size-inclusive brand.

Research by the World Benchmarking Alliance showed in June that L Brands, Victoria’s Secret parent company, falls below average on its new 2021 Gender Benchmark index. L Brands scored 17 out of 100 on the index, which evaluated how 35 of the world’s largest apparel companies addressed the U.N.’s fifth Sustainable Development Goal: increasing gender equality and empowering women. 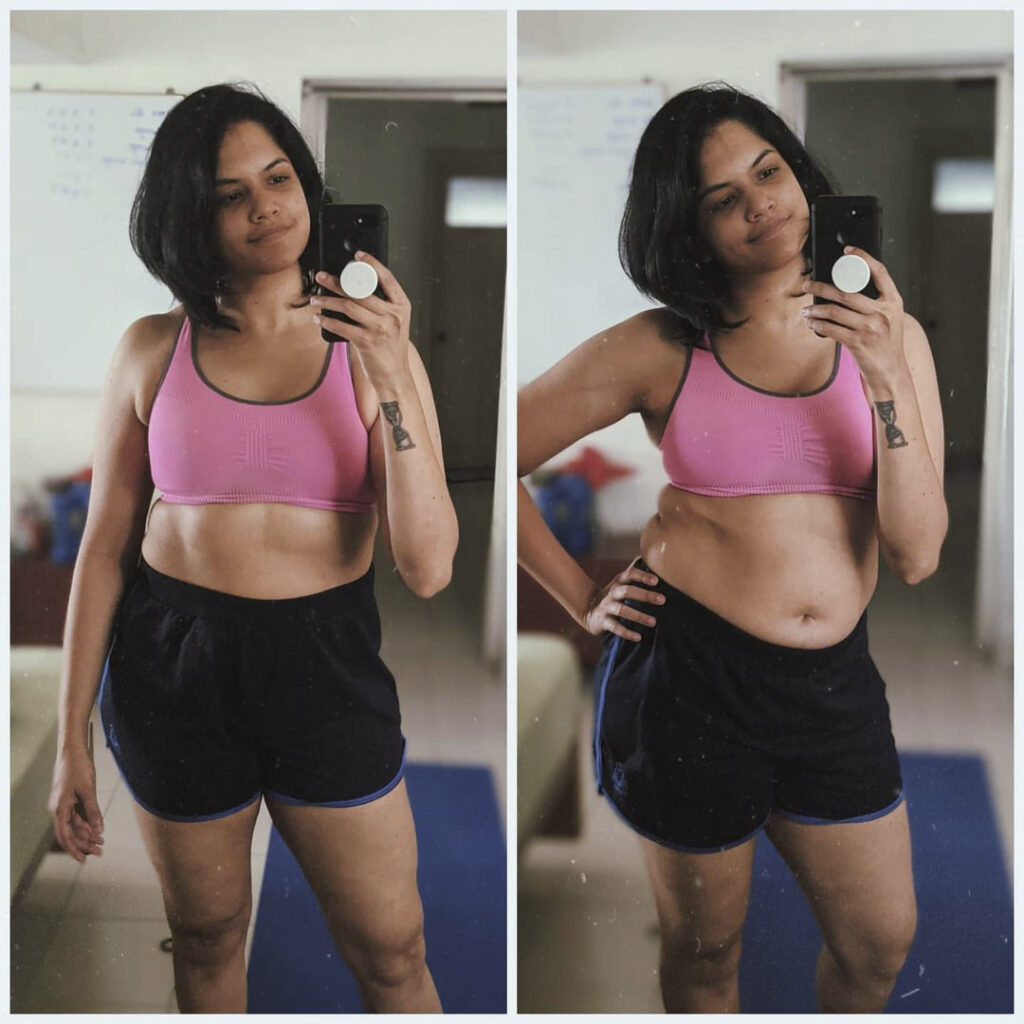 “It’s more of a business decision than an ethics-based choice,” says Urvashi Goverdhan, a body positivity activist based in Bengaluru, India. (@takeiteasypolicy/Instagram)

“I would love to see more brands rope in brown women and people of color, diversity, and different body types — not all changes happen because of a moral awareness,” she said. “A lot of campaigns/changes are made under pressure, some are made because it’s what the public demands and are popular. Either way, it’s helping shape a better society with more diversity — and a lot of that is because of our collective voices.”

Sabyasachi Mukherjee, an Indian fashion and jewelry designer, has hired the 25-year-old plus-size model Varshita Thatavarthi for his collection.

Thatavarthi said that after her first Sabyasachi campaign, she learned it generated new visibility for other aspiring plus-size models. But she doesn’t see modeling agencies signing more than one or two apiece.

“Some designers are hesitant to book plus-size models for their shows and campaigns because they’re afraid that it might come across as a marketing gimmick,” said Thatavarthi. And she said she would rather see more action and fewer speeches.

“I can be made to walk the talk by getting fashion editorials to do which is exactly what the West is doing with the curvier models,” she said. “They are embracing them on their covers. So just having one of us on board is not inclusivity. It’s plain tokenism.”

People who want to promote diversity and inclusivity in fashion, she said, should work to change the industry’s “sample size mindset.”

“People are demanding representation of all body types in high-end magazines, runways, billboards, and practically everywhere because they feel the need to see more ‘real’ women like them, and that is exactly why brands are now rethinking their outdated marketing modules and focusing on inclusivity and diversity in fashion,” said Thatavarthi.