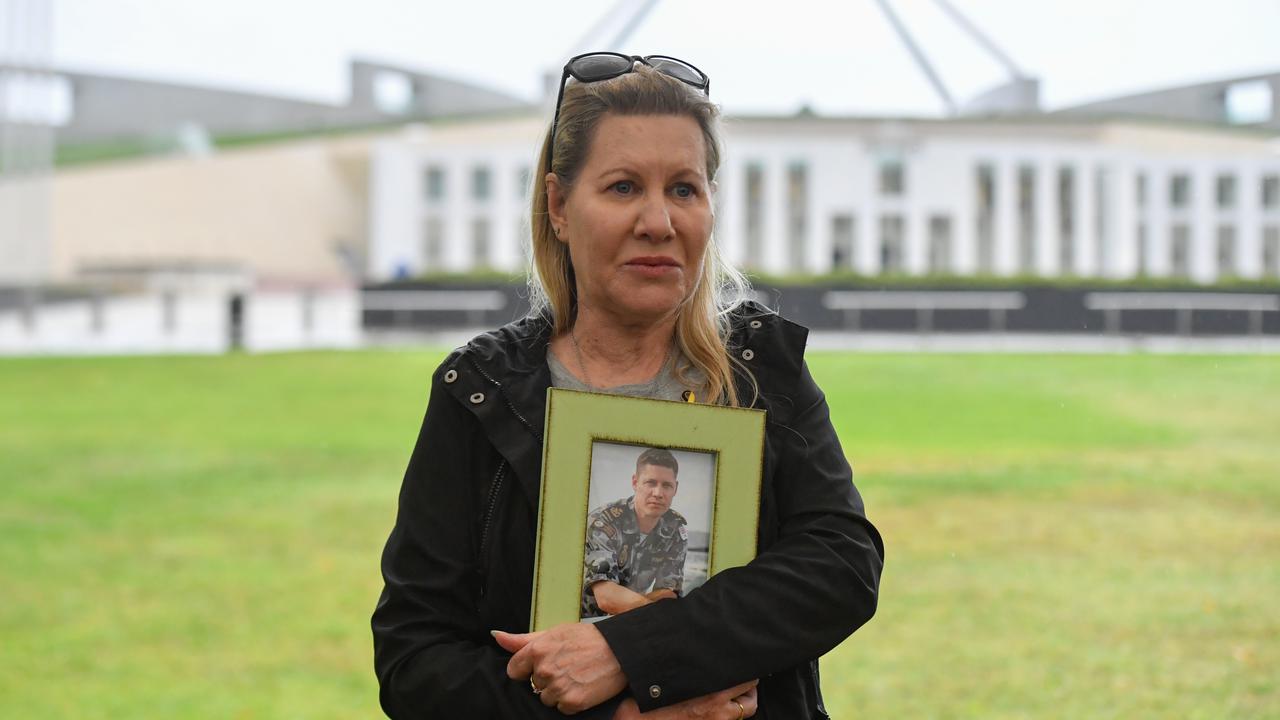 Julie-Ann Finney expects the inquiry to show what went wrong before her son David took his own life. (Mick Tsikas/AAP Image)

CANBERRA, Australia — Julie-Ann Finney has fought long and hard for a royal commission into veteran suicides and now that it’s real, she’s a little frightened. Finney expects the inquiry to show exactly what went wrong before her son, David, took his own life in 2019.

“I’m frightened of finding out why he died when he didn’t have to.”
Prime Minister Scott Morrison on July 8 revealed the scope and timing of the inquiry to be led by an ex-police officer, a former judge, and a psychiatrist.

They will look at all aspects of service, including what happens when people leave the armed forces. The availability and quality of health and support services will be examined, as well as other issues faced by Australian Defense Force members such as housing and employment.

The commission will also be able to look at any previous death by suicide, including suspected suicides.

“Many people thought they’d weasel out of this by rigging the terms of reference, and they appear not to have weaseled out of it, probably because of the public outrage that would cause,” he said.

James was also pleased the commission would investigate the role played by the defense and veterans’ affairs departments.

“There are too many laws, they are too complex and their administration is too bureaucratic,” he said. Finney said David would be proud “because this is what he wanted”.

“He wanted every veteran to feel safe to feel supported and that’s what we’ll keep fighting for,” she said.

The commission is due to deliver its interim report in August 2022 and a final report the following June.