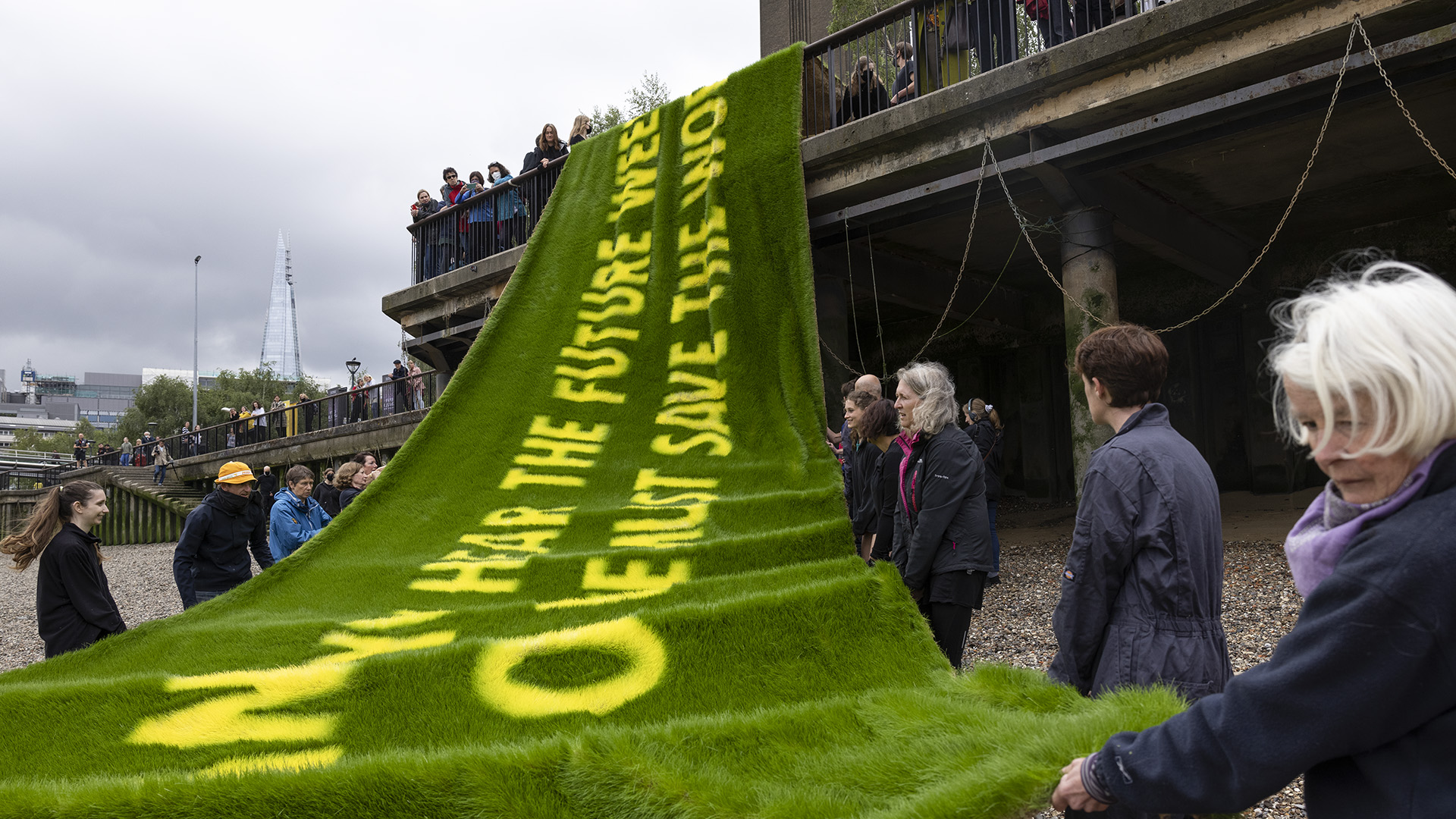 Extinction Rebellion activists process with a grass banner to the River Thames on June 25, 2021, in London, England. The Banner was floated on the Thames, with a messaged aimed at governments to Act Now in the lead-up to COP26, UN Climate Change Conference in Glasgow, Scotland, in November. (Dan Kitwood/Getty Images)

LONDON — World leaders are scheduled to descend on the western city of Scotland, Glasgow, in November for the COP26 Climate Change Conference.

“Beginning with the World Leaders Summit on Nov. 1 and 2, each day will focus on a different theme, from advancing progress on key priorities like clean energy, zero-emission transport and protecting nature, to ensuring the participation of women, girls and young people are at the center of climate action,” said the UK government in a release on July 7.

“Cross-cutting themes like science, innovation, and inclusivity will run throughout the program, as will the need to mitigate climate change, adapt to its impacts, and mobilize public and private finance.”

The United Kingdom’s Presidency Programme for COP26 has unveiled to drive forward climate ambition and action against key issues alongside two weeks of intensive climate negotiations in Glasgow. 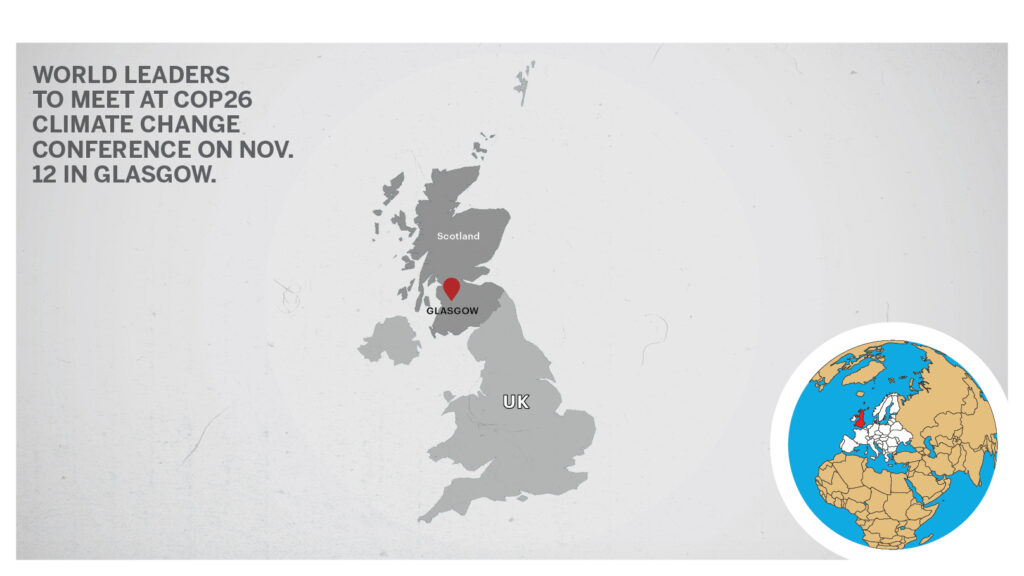 The presidency program will run alongside the formal negotiations at the heart of the UN summit and will focus on closing off the outstanding aspects of the Paris Agreement, said the release.

“The COP26 summit in Glasgow is our best hope of safeguarding the planet for everyone, building a brighter future, and keeping the 1.5 degrees Celsius [34.7 degrees Fahrenheit] target alive,” said Alok Sharma, president of COP26.

“I have been pleased to see progress and momentum on the four key goals I have been taking to governments across the world, and the presidency program will continue this throughout the two weeks of the summit. From finance to energy and gender to adaptation, these are vital issues that need to be addressed to make COP26 inclusive and successful.”

Countries who are part of the United Nations Framework Convention on Climate Change are entitled to attend a COP26 and decide what representation level will be done. It has 197 parties, including all United Nations member states.

There have been observable effects on the environment due to global climate change. The Intergovernmental Panel on Climate Change, which includes more than 1,300 scientists from the United States and other countries, forecasted a temperature rise of 2.5 to 10 degrees Fahrenheit over the next century.

The extent of climate change effects on individual regions will vary over time and with the ability of different societal and environmental systems to mitigate or adapt to change, said the Intergovernmental Panel on Climate Change.

“Taken as a whole, the range of published evidence indicates that the net damage costs of climate change are likely to be significant and to increase over time.”

The global climate is expected to change over this century and beyond that. In the next few decades, climate change depends primarily on the amount of heat-trapping gases emitted globally.