Why Businesses Are Still On A Semiconductor Waiting List

It could take a year or more before the problems are resolved. 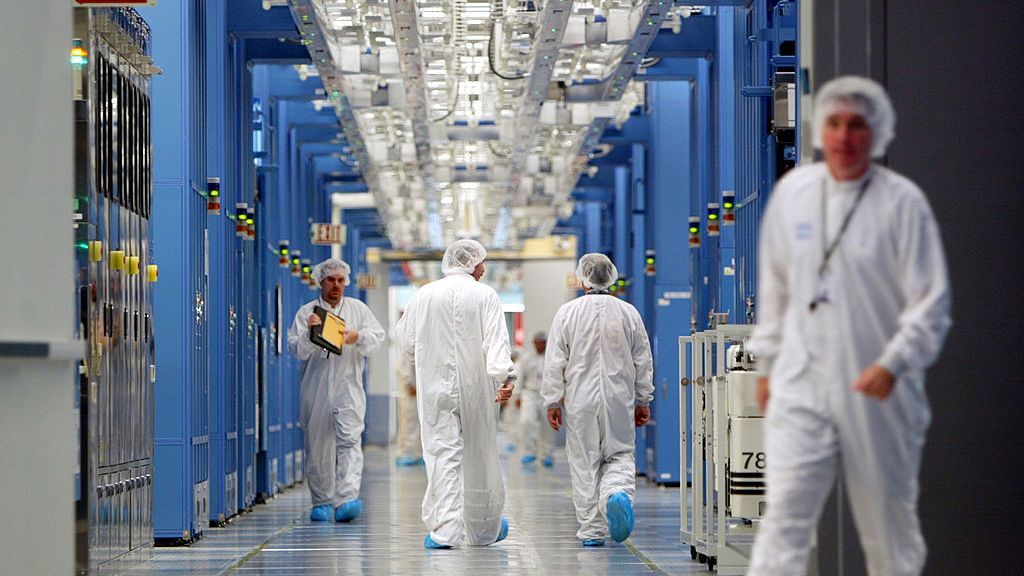 Everywhere you turn there are computer chips: in greeting cards and cars, farm tractors and shipping trailers, in kitchen appliances and the phones that run apps.

A lot of companies currently are hung up because production of the semiconductors that make them go is at a slowdown. As a result, some factory lines, like those at a few automobile manufacturers, can’t make all the products they usually do because there aren’t enough of the right chips available.

That may sound simple but isn’t. The dynamics more complicated, and will last much longer, than one might think.

The surge, on one hand, came naturally out of isolation. “Last year, we had the Zoom boom, everyone working from home, which meant laptops, computers, screens, and data centers,” Green says. “We add on the consumer electronics and what not and you get this sudden demand surge.”

Also coming out of isolation were some big miscalculations in ordering in various industries, notably auto manufacturing that “immediately gave up their space on the production line with the assumption that they’d be able to start again,” as Green says. That in an industry whose products, according to Green, will see half the cost of manufacturing from electronic components, mostly semiconductors.

But who would have expected as fast a potential exit with the development of multiple vaccines? By that time, those who stepped out of the purchase line were at the back of it.

And it’s not as though everything is smooth in chip land. “Even Samsung is saying they’re having difficulties in getting parts for some of their products,” Green says. “And they’re one of the largest semiconductor manufacturers in the world.”

“Let’s go back to Q1, 2019,” says Dr. Ian Cutress, senior editor of CPUs and motherboards at tech site AnandTech. “We were experiencing a downturn in chip production. The amount of chips needed was lower and the manufacturing slowed down. Everybody was stepping back. The foundries [that physically make the chips, separate from design companies] were scaling back some of their operations. Normally chip production is cyclical anyway and Q1 is slow because of Chinese New Year and Q3 and Q4 are usually quite busy.”

As the pandemic scaled up, the semiconductor industry scaled back. Auto and defense manufacturing both did too, as well as computer server manufacturers — with the assumption companies that would have upgraded and updated their machines would now wait.

“Of course, consumer demand rocketed,” Cutress says. By the end of 2020, some major chip designers were launching multiple new product lines. “You’ve got Sony Console, Microsoft console, a rise in desktop processors. They were ramping up for a rise in profession level systems, servers, and graphics cards.”

Giant chip manufacturers like TSMC and Samsung didn’t increase production because they only make the silicon wafers and produce the interiors of the chips. Those interiors sit on a substrate, are in an enclosure, and often have a heat sink on the top.

“The tightness in supply right now is this packaging,” Cutress says. “They’re not getting enough materials to package the processors. For the high-performance processors, they use this special film called ABF. There are only a few companies in the world that manufacture it.” One of them, in Japan, burnt down in March.

Then there is Taiwan, home to TSMC, a critical player in the semiconductor industry. The island has seen an upsurge and record highs in both new cases and deaths, according to Johns Hopkins data.

Finally, add in hoarding. “Many companies have been stockpiling chips,” says Dr. Guo Yu, lead analyst for Asia-Pacific at risk management firm Sibylline. The reason, he says, was Trump-imposed restrictions on access to semiconductors by some Chinese firms like Huawei.

“The Chinese companies have been buying by the boatload and exceeding their purchases in previous years,” Yu says. “It’s a perfect scenario for creating this vast imbalance between supply and demand. Currently, the tension between Washington and Beijing remains elevated. Washington retained most of those restrictions that Trump introduced. We think it’s unlikely that the geopolitical balance will change in the short time.”

Between disease, bad calls in supply chain management, a more rapid recovery than expected, and geopolitical conditions have led to significant chip shortages that are unlikely to let up soon.