But changes in usage of such energy sources likened to a game of ‘whack-a-mole.’
By Terry Alan Lane July 8, 2021
Facebook
Twitter
Linkedin
Email 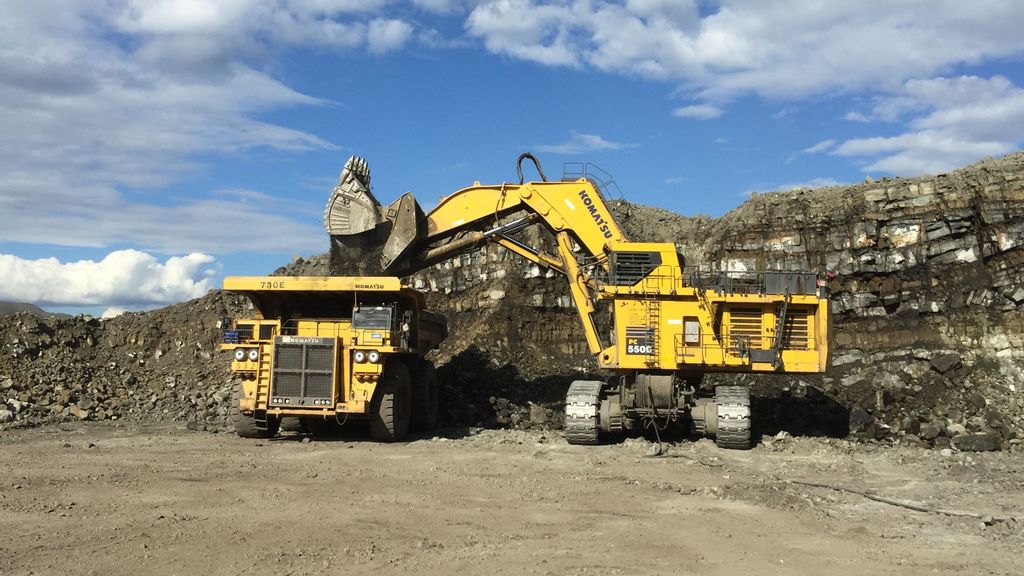 Coal mining itself is an energy-intensive business. (Vladimir Patkachakov/unsplash)

The last time the United States used this small amount of fossil fuels, baggy shorts were just coming into fashion, “Seinfeld” was the new hit TV sitcom and grunge-band Nirvana had its first chart hits. It was 1991, and it was the last time the U.S. consumed less than 73 quadrillion British thermal units of fossil-fuel energy. That is, until 2020.

Fueled by pandemic restrictions, fossil fuel use in the United States dropped 9 percent in 2020 to the lowest levels of consumption since 1991 according to data released Tuesday from the U.S. Energy Information Administration.

That group pointed to the pandemic as the primary cause for the drop, starting with a 15 percent decrease in energy consumption in the U.S. transportation sector, with travel restrictions, especially for airlines, having an impact. For example, U.S. jet fuel usage during Thanksgiving 2020 was about half what it was in 2019.  A relatively warm winter also helped lower energy usage in 2020, the report showed.

“Last year marked the largest annual decrease in U.S. fossil fuel consumption in both absolute and percentage terms since at least 1949, the earliest year in our annual data series,” the report said.

Unsurprisingly, the drop in fossil fuel usage also resulted in a 11 percent drop in carbon dioxide emissions in 2020, the administration found, though by 2022, emissions are expected to return to near-2019 levels.

While the 2020 drop in emissions may provide a good start for President Joe Biden’s climate goals for the U.S. economy, which aim for a 50 percent reduction in greenhouse gases by 2030 and economy-wide “net zero” emission by 2050, one analyst said the numbers show just how hard it will be to achieve these goals.

“Look at what was required to get a 9 percent cut in fossil fuel usage,” said Myron Ebell, director of the Center for Energy and Environment at the Competitive Enterprise Institute. “We would need incremental shutdowns of our economy practically every year.”

International agencies have tied fossil fuel usage with the ability to meet “net zero” targets, including a recent report from the International Energy Agency that found that no new fossil fuel infrastructure could be developed while still reaching that goal.

“Net zero means huge declines in the use of coal, oil and gas,” the report said. “This requires steps such as halting sales of new internal combustion engine passenger cars by 2035, and phasing out all unabated coal and oil power plants by 2040.”

While fossil fuel use dropped in 2020, it was still the dominant energy source in the United States, encompassing 79 percent of energy consumption in 2020.

The most common use of fossil fuel are petroleum products, mainly gasoline, diesel fuel and other fuels like propane and butane, which accounted for 44 percent of all fossil fuels used in the U.S. in 2020. However, with the precipitous drop in transportation in 2020, the overall use of petroleum dropped 13 percent, the energy administration reported.

The next-highest share of fossil fuel usage came from natural gas, which with its lower carbon footprint, has been touted as a way transition to using less coal. While other fossil fuel usage saw sharper declines, natural gas usage in 2020 was off just 2 percent from its 2019 levels, the report showed, accounting for 43 percent of total U.S. fossil fuel consumption.

Part of the transition away from coal can be seen in statistics from the electric power sector, which relied on natural gas for a record-high 38 percent of its power in 2020.

As burning natural gas produces about half of the carbon dioxide of coal, power plants are also driving down greenhouse gas emissions, according to an Energy Information Administration report released June 9. Between 2005 and 2019, the U.S. electrical power sector reduced emissions by 32 percent, as coal’s share of electrical production dropped from 50 percent to 23 percent, while natural gas jumped from 19 to 38 percent.

“Lower CO2 emissions have largely been a result of a shift from coal to natural gas in the electricity generation mix,” the report said.

Coal made up 13 percent of U.S. fossil fuel use in 2020, a drop of 19 percent from the prior year, as more power plants phased out its usage in efforts to lower carbon dioxide emissions. Electric utilities have repurposed 121 coal-fired power plants in the last decade, the federal energy agency reported last year, with more than 100 being converted to, or replaced by, natural gas.

The Competitive Enterprise Institute’s Ebell said the switch from coal to natural gas was just another case where one fossil fuel energy source is replaced for another. He cited California as an example, where restrictions on manufacturing and industry have moved some business to Ohio, only to have those manufactured goods shipped back into California.

“Cutting energy use from oil, coal and natural gas is like playing a game of whack-a-mole,” Ebell told Zenger. “It goes down somewhere, it pops up somewhere else.”

The remaining usage came from nonfuel use of fossil fuels, where about 8 percent was used for construction materials, chemical feedstocks, lubricants, solvents and waxes.

Though not widely used in all energy sectors, the British thermal unit, or Btu, allows analysts to evaluate energy sources which otherwise could not be compared through common units of heat, the energy information administration noted.

A warmer than normal winter of 2020, which helped press some decline in fossil fuel usage, also helped drop overall residential energy usage last year, despite the fact that more people were staying home due to the pandemic.

“Relatively warmer weather during the winter months in 2020 significantly reduced U.S. home energy consumption for space heating compared with 2019, which was enough to offset a 2 percent increase in residential electricity retail sales,” a May 2020 energy administration report said.