Foreign grants could total $150 million to save the state’s rainforests and reduce carbon emissions. 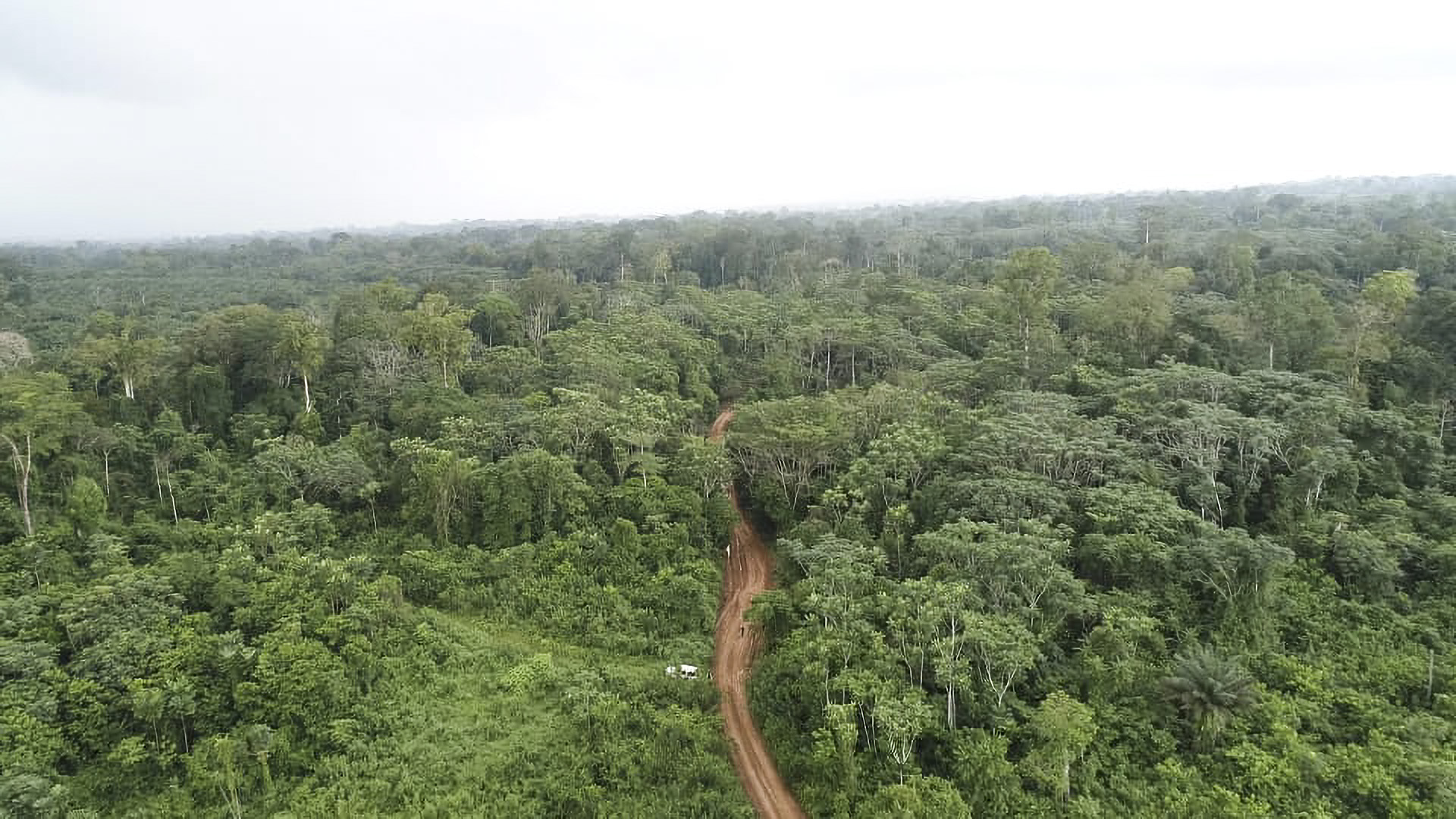 The Ebo forest in Cameroon, which is part of the Congo Basin rainforest, is an important carbon sink, containing an estimated 35 million tonnes of carbon. (Centre for Environment and Development Cameroon)

YAOUNDÉ, Cameroon — The central African nation of Gabon is the first country in Africa to receive a $17 million financial reward for successfully cutting carbon emissions.

The results-based payment is part of a $150 million, 10-year deal struck with the United Nations-backed Central African Forest Initiative in 2019 to reduce deforestation and forest degradation. 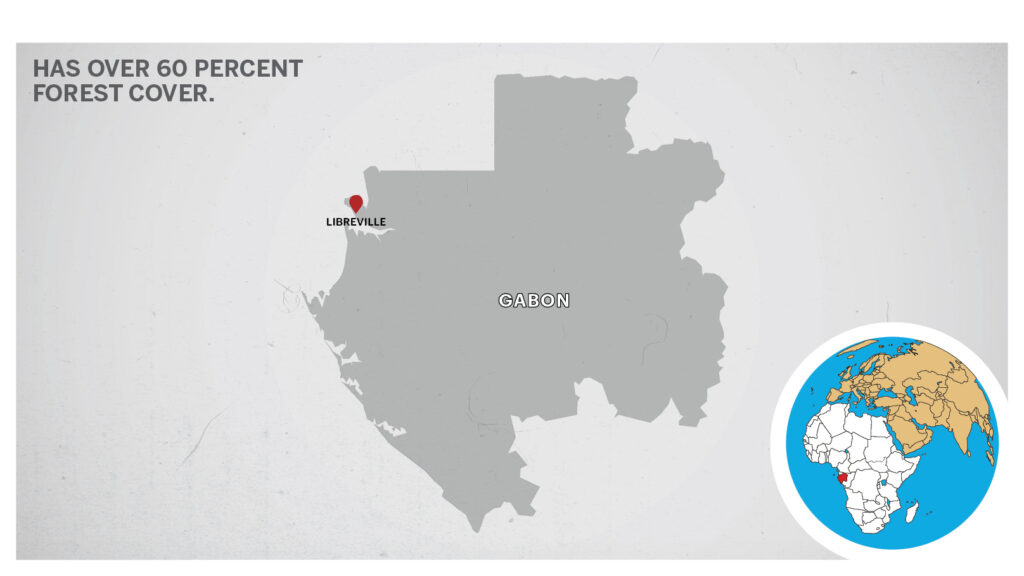 “Gabon must take this first step,” said Norway’s Minister of Climate and Environment, Sveinung Rotevatn, on behalf of the Central African Forest Initiative.

“The country has demonstrated that with a strong vision, dedication, and drive, emissions reductions can be achieved in the Congo Basin forest.”

The $17-million reward is based on an independent assessment of Gabon’s efforts to reduce carbon dioxide emissions in 2016 and 2017, compared to annual emission levels from 2006 to 2015.

These initial funds will be used in activities that further decrease carbon emissions, such as investing in community forestry, scientific research, protected areas system, government capacity, and income-generating activities for the Gabonese people.

“In a modern world where there are multiple pressures, we have to find modern solutions to preserving the forests,” Lee White, Gabon’s Minister of Water and Forests, the Seas, and the Environment, told Zenger News.

White is a British-born conservationist who is also tasked with Gabon’s climate change program and land use planning.

Over 88 percent of Gabon’s territory, or approximately 22 million hectares, are tropical rainforests.

Gabon’s forests represent about 18 percent of the Congo Basin’s tropical rainforests, the second largest in the world after the Amazon.

“Our forest is important for us, the people of the Congo Basin, but also for the whole world, as it contributes to the sequestration of carbon, and the reduction of climate change,” Samuel Nguiffo, secretary-general, Centre for Environment and Development in Cameroon, told Zenger News.

“Carbon is one of the greenhouse gases emitted in most energy production systems: combustion of fuel in engines [cars, planes, factories, etc.]. Plants absorb carbon through photosynthesis, and tropical forests are a major carbon sink. When carbon is released into the atmosphere, it forms an envelope around the Earth, keeping captive some of the sun’s rays after they have penetrated the atmosphere, and therefore progressively increasing the temperature on the Earth.”

The benefits of carbon emissions reduction could be immense, according to climate experts.

“It leads to reduced severity of dangerous smog and particulate pollution in many regions, decreased intensified precipitation events, hurricanes, and storm surges. These are catastrophic weather and climate events, which cause major economic damage to society.”

“And they are rewarded for that.”

“By being able to sequestrate carbon with the help of the Central African Forest Initiative, Gabon is preparing to be on the carbon market in the future, which is going to sustain the revenue from good forest management. It is an option that countries in the Congo Basin should explore.”

Gabon could receive the remaining sum if it meets its targets to cut carbon emissions by half by 2025, compared to a 2005 baseline.

“It is easy to achieve that target because the major part of the emission comes from forest clearance and not from the cars, factories, nor planes,” Nguiffo told Zenger News.

“So, if Gabon improves the control of illegal logging, they will very quickly reduce the emissions. But it wouldn’t have been possible to achieve that target in Europe or the United States.”

Much of Gabon’s rainforest has remained intact since the early 2000s. As a result, a record 140 million tons of carbon emissions are absorbed by the country’s forests yearly — equivalent to removing 30 million cars from the road globally.

“Carbon emissions reduction results in increased precipitation and runoff in the arid areas. This has implications for water resource availability for various sectors, including agriculture,” he told Zenger News.

“It can also lead to increased crop yields and livestock productivity, decrease in wildfires, insect, pests, and prevalence of diseases transmitted by food, water, and insects. It also decreases risks of illnesses and death due to extreme heat.”

Gabon has one of the lowest and most stable annual deforestation rates globally (0-0.5 percent between 2010 and 2015) — making it one of the few remaining High Forest, Low Deforestation countries on the planet.

“Gabon has a lot of forest cover, with a limited population,” Nguiffo said.

“The $150 million is for Gabon. Each of the countries has its agreements or process with Central Africa Forest Initiative. But the aim of the agreements is the same: development built on low-level of deforestation.”

The country has launched several conservation schemes in recent years, including a network of 13 protected parks covering 10 percent of the nation’s landmass.

In 2009, the Gabonese government banned timber exports while obliging log producers to process their products on site.

“We banned the export of logs 10 years ago, and we have been able to develop a forest economy that supports forest preservation,” White told Zenger News.

“That’s something that other countries in the Congo Basin are now looking to do over the next year. It gets more complicated when you look internationally. The forests of the Amazon seem to be much more susceptible to climate change. And so, if we can’t simply replicate what we are doing in Gabon, the world has to come together and sign an agreement.”

For many years, richer countries have sought to end deforestation in Africa and elsewhere by paying poorer nations to protect their trees.

“Compared to most African countries, industrial countries emit a lot of carbon, with their energy consumption,” Nguiffo said.