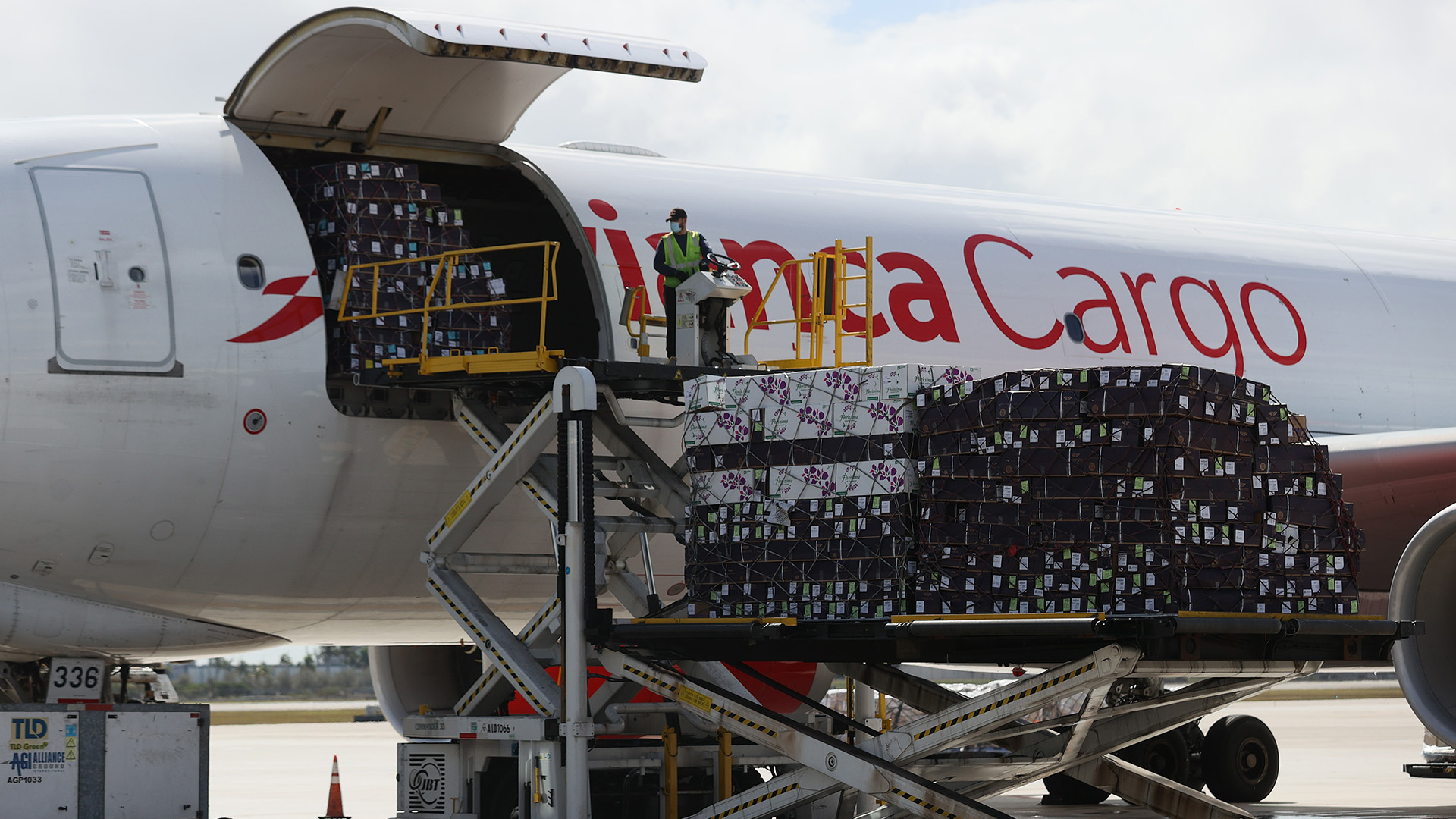 Global demand measured in cargo tonne-kilometers was up 9.4 percent in May 2021 compared to May 2019, the International Air Transport Association said on July 7. (Joe Raedle/Getty Images)

GENEVA — Global demand measured in cargo tonne-kilometers was up 9.4 percent in May 2021 compared to May 2019, the International Air Transport Association said on July 7.

Seasonally adjusted demand rose by 0.4 percent month-on-month in May 2021—the 13th consecutive month of improvement.

“As economies unlock, we can expect a shift in consumption from goods to services.”

“This could slow growth for cargo in general, but improved competitiveness compared to sea shipping should continue to make air cargo a bright spot for airlines while passenger demand struggles with continued border closures and travel restrictions.”

The pace of growth slowed slightly in May compared to April, which saw demand increase 11.3 percent against pre-Covid-19 levels (April 2019). Notwithstanding, air cargo outperformed global goods trade for the fifth consecutive month.

North American carriers contributed 4.6 percentage points to the 9.4 percent growth rate in May, said International Air Transport Association. Airlines in all other regions except for Latin America also supported the growth.

Capacity remains constrained at 9.7 percent below pre-Covid-19 levels (May 2019) due to the ongoing grounding of passenger aircraft. The seasonally adjusted total rose 0.8 percent month-on-month in May, the fourth consecutive month of improvement, indicating that the capacity crunch is slowly unwinding.

Asia Pacific airlines saw demand for international air cargo increase 5.3 percent in May compared to the same month in 2019. This was a decrease compared to the previous month (5.9 percent) due to a slight slowdown in growth in several large trade routes such as within Asia.

International capacity remained constrained in the region, down 16.9 percent versus May 2019. As was the case in April, the region’s airlines reported the highest global load factor at 75.2 percent.

International Air Transport Association also said domestic air travel improved globally in May, but recovery in international passenger travel continued to be stalled in the face of government-imposed travel restrictions.

International passenger demand in April was 87.3 percent below April 2019, little changed from the 87.8 percent decline recorded in March 2021 versus two years ago.

“The continuing strong recovery in domestic markets tells us that when people are given the freedom to fly, they take advantage of it,” said Walsh.

“Unfortunately, that freedom does not exist in most international markets. When it does, I am confident we will see a similar resurgence in demand. “