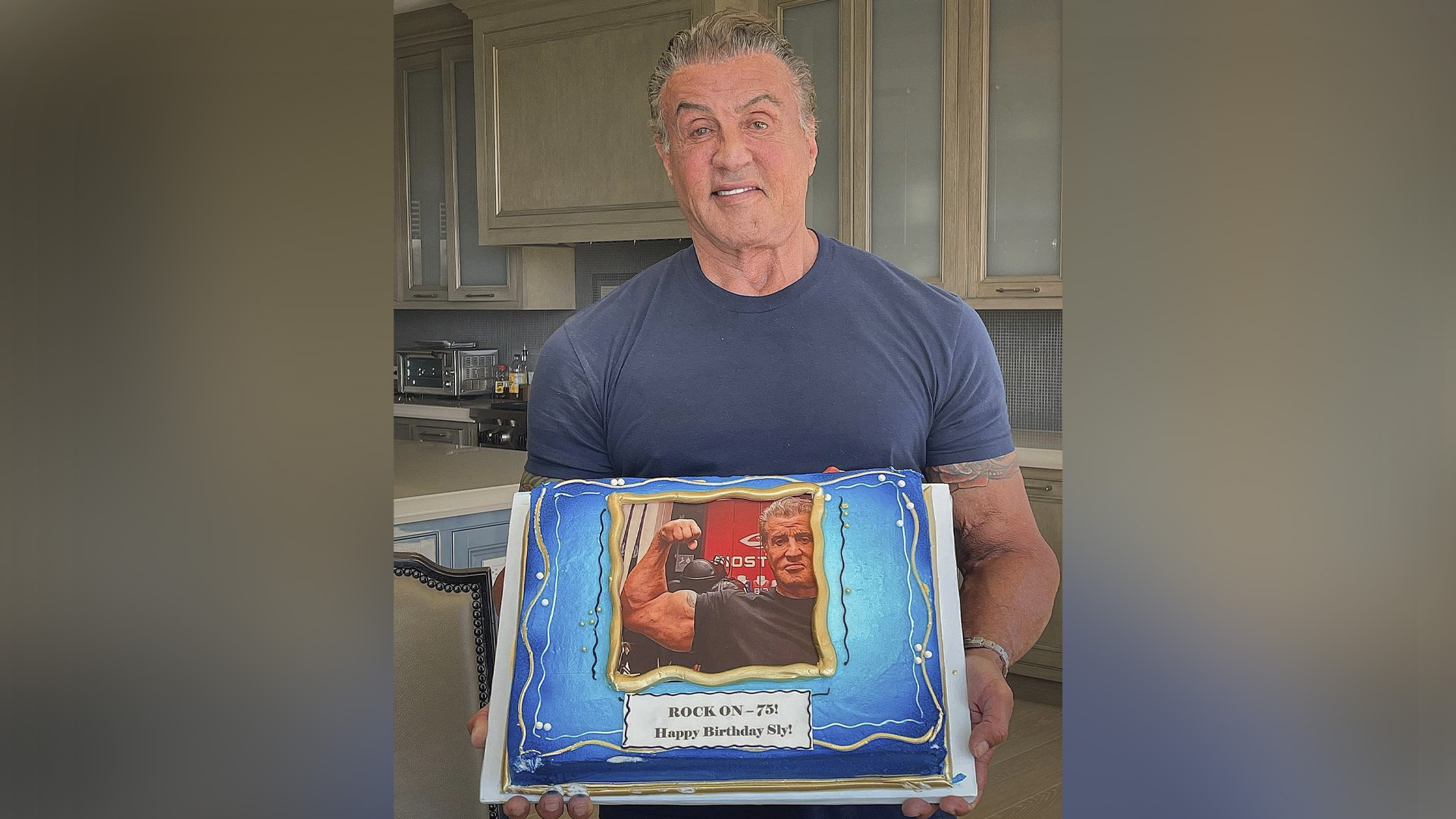 Khan took to his Instagram handle and shared a throwback photo of Stallone with this message: “Wishing u a v happy bday @officialslystallone .. good health, love, happiness n more power to u. Keep punching (sic).”

The endearing post garnered thousands of hearts within no time, with more than 200,000 people liking the birthday wish.

Stallone is someone whom the “Kick” actor has adored for a long time. In 2015, Khan had tweeted that if someone is looking to follow a foreign actor, they should follow Stallone.

“Agar kisi ko follow karna hai? Bahar ka… inko follow karo @TheSlyStallone Aapke Hero ka hero, Sylvester Stallone (sic),” he tweeted. (If someone is looking for a foreign actor to follow, it’s @TheSlyStallone they should follow. He is the hero of your hero.)

Khan further tweeted that the actor had always followed him in real life but unfortunately, not on social media.

“@TheSlyStallone Isse beheter body, director, writer, insaan koi nahi hai. I’ve always followed him in life, but my fault, not on social media (sic),” he wrote. (There is no one with a better physique or a better director, writer, or person than Stallone.)

Obviously, Khan’s tweets didn’t go unnoticed, and Stallone responded with equal enthusiasm. He appreciated Khan’s compliments and suggested that they should work together.

“Would like to thank the super talented Indian superstar SALMAN KHAN the Compliment he Tweeted! We should do an ACTION FILM together (sic),” he tweeted.

“The Specialist” actor took to his Instagram and shared a beautiful family picture.

“And my wonderful family is the best birthday present I could ever receive!!!” he wrote.

Stallone is best known for writing and starring in the sports drama film “Rocky.” The series has seven sequels and is centered around the theme of boxing. Apart from “Rocky,” Stallone has acted in films like “Demolition,” “First Blood,” “Grudge Match,” and “Cliffhanger.”

As for the Bollywood actor, Khan has worked in various action films like the “Dabangg” series, “Ek Tha Tiger,” “Jai Ho,” “Veer,” and “Tiger Zinda Hai.”

The “Hum Aapke Hain Koun” actor last appeared in crime-thriller “Radhe: Your Most Wanted Bhai,” which was released on May 13, 2021, on streaming platform Zee5.

In the film, Khan has played the role of a specialist cop who is the last ray of hope for peace in his city.

As for his future projects, Khan will be seen next in “Kick 2” along with Jacqueline Fernandez. He also has “Tiger 3” with Katrina Kaif and a special appearance in the Shah Rukh Khan-starrer “Pathan.” He will also act in “Antim,” which co-stars his brother-in-law, Aayush Sharma.