His star on the Walk of Fame is near that of Gregory Peck, his co-star and mentor.
By Cesar Arredondo July 8, 2021
Facebook
Twitter
Linkedin
Email 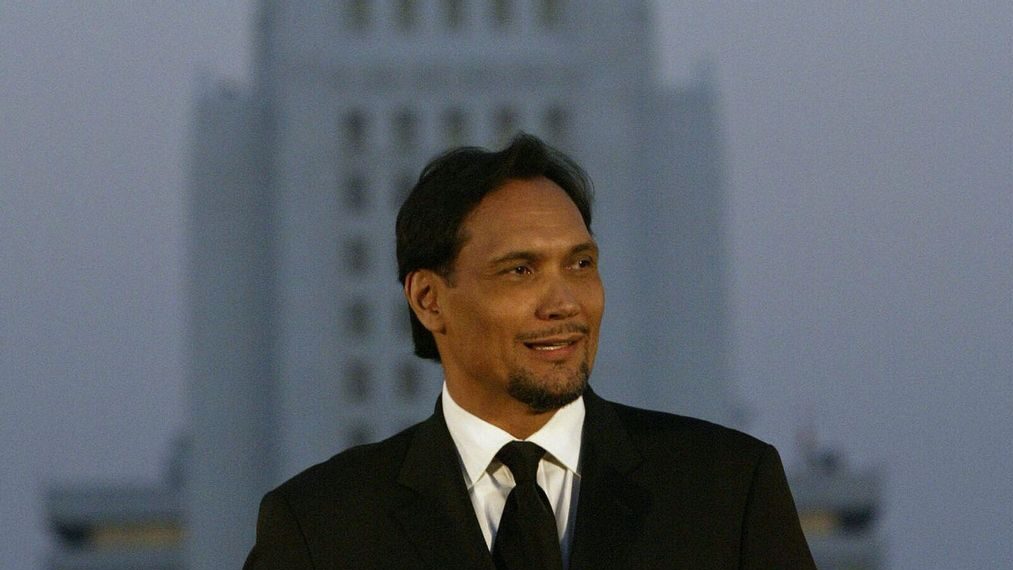 “In the Heights” star Jimmy Smits may have been on cloud nine last month. The seasoned actor co-stars in the musical film based on a Broadway hit and recently got a star on the Hollywood Walk of Fame.

The unveiling of Smits’ award on the world-famous landmark came last month, just days before the world premiere of “In the Heights,” playing theaters nationwide. With a career spanning over three decades, the Latino actor is an accomplished film, T.V. and theater performer.

The Golden Globe and Primetime Emmy-winning actor has appeared in over 20 feature films and an estimated 30 television projects. He is also a consummate stage performer whose credits include the Broadway production of the Pulitzer Prize-winning play “Anna in the Tropics” and some Shakespeare.

In “In the Heights,” Smits plays Kevin Rosario, the overprotective father of Nina, a struggling Stanford University student. The son of farm workers, Rosario owns a taxi company.

Directed by Lin-Manuel Miranda of “Hamilton” and Jon M. Chu of “Crazy Rich Asians,” the film, like the musical, has music and lyrics by Miranda and a book by Quiara Alegría Hudes. The story takes place in New York’s predominantly Dominican neighborhood of Washington Heights, in upper Manhattan.

Neither a professional dancer nor a singer, Brooklyn-born Smits had to get extra training for his film role. In an interview on ABC’s “Live with Kelly and Ryan,” with Kelly Ripa and Ryan Seacrest, Smits revealed he had “four vocal coaches for seven lines” in a musical number.

Smits’ star is near that of Gregory Peck, an Oscar-winning legend the Latino actor co-starred with in the 1989 film “Old Gringo.” He considers Peck a “kind of mentor” who helped him stay on the right path in his career. “That means a lot [to me],” he said in the same T.V. interview with Ripa and Crest.

Those granting him the coveted star did not miss the actors’ connection.

“The Hollywood Chamber of Commerce is thrilled to be honoring one of the hardest-working actors in show business,” said Ana Martinez, the producer of the Hollywood Walk of Fame. “The fact that we placed his star near the star of his favorite actor and co-star Gregory Peck makes this ceremony even sweeter. We are proud to add Jimmy Smits to our Walk of Fame family.”

In a long, prolific career, Smits has earned more than 40 award nominations and critical acclaim and worked with renowned directors and Hollywood stars. His early filmography includes Peter Hyams’ “Running Scared” with Gregory Hines and Billy Crystal, John Schlesinger’s “The Believers” and Blake Edwards’ comedy “Switch.” He also played a role in the acclaimed “My Family/Mi Familia,” directed by Gregory Nava, for which he received an Independent Spirit Award nomination.

Smits’s later works include Carlos Ávila’s “Price of Glory,” George Lucas’s “Star Wars: Episode II — Attack of the Clones,” “Star Wars: Episode III — Revenge of the Sith” and “Star Wars: Rogue One,” and Robin Swicord’s “The Jane Austen Book Club.” Other credits include “El Traspatio” (Backyard) by director Carlos Carrera and “Who We Are Now,” written and directed by Matthew Newton.

In addition, he received an ALMA Award and an Imagen Award for Best Actor in “The West Wing.” In 2006 Smits completed his role in the show as President Matthew Santos.

Smits has four Golden Globe nominations and 11 SAG Award nominations, receiving the honor in 1995 for “NYPD Blue.” His departure from the police drama also won the Humanitas Award.

Smits last starred in the NBC-TV series “Bluff City Law” as a civil-rights lawyer in Memphis and appeared in a season-long guest arc opposite Viola Davis on “How To Get Away With Murder.” Before that, he co-starred in “24: Legacy,” opposite Corey Hawkins and Miranda Otto, as a powerful and ambitious U.S. Senator.

He also co-starred in Baz Luhrmann’s music-driven drama for Netflix “The Get Down,” a mythic saga of how New York at the brink of bankruptcy gave birth to hip-hop, punk and disco. He also portrayed Neron “Nero” Padilla in the final three seasons of the lauded F.X. show “Sons of Anarchy” and takes a comedic turn in NBC’s “Brooklyn Nine-Nine.”

In 2009, he finished a guest-starring stint in season three of Showtime’s hit series “Dexter,” which earned him his 12th Emmy nomination.

Smits’s El Sendero Productions company co-executive produced the CBS series “Cane” in 2008, in which he also starred. The show was acclaimed by critics for its cutting edge and dramatic reflection of the family dynamic within a modern-day Cuban-American family.

Smits has involved himself in various charitable organizations over the years, such as Stand Up 2 Cancer, the Saban Community Clinic, Homeboys, St. Jude’s Hospital for Children, among others.

He has been a strong advocate for education and co-founded the National Hispanic Foundation for the Arts (NHFA) in 1997 with actors Esai Morales and Sonia Braga and Washington attorney Felix Sanchez. The NHFA’s mission is to promote Hispanic talent in the performing arts.

The organization offers graduate scholarships and cash grants at prominent colleges and universities to expand career opportunities and increase access for Hispanic artists and professionals.