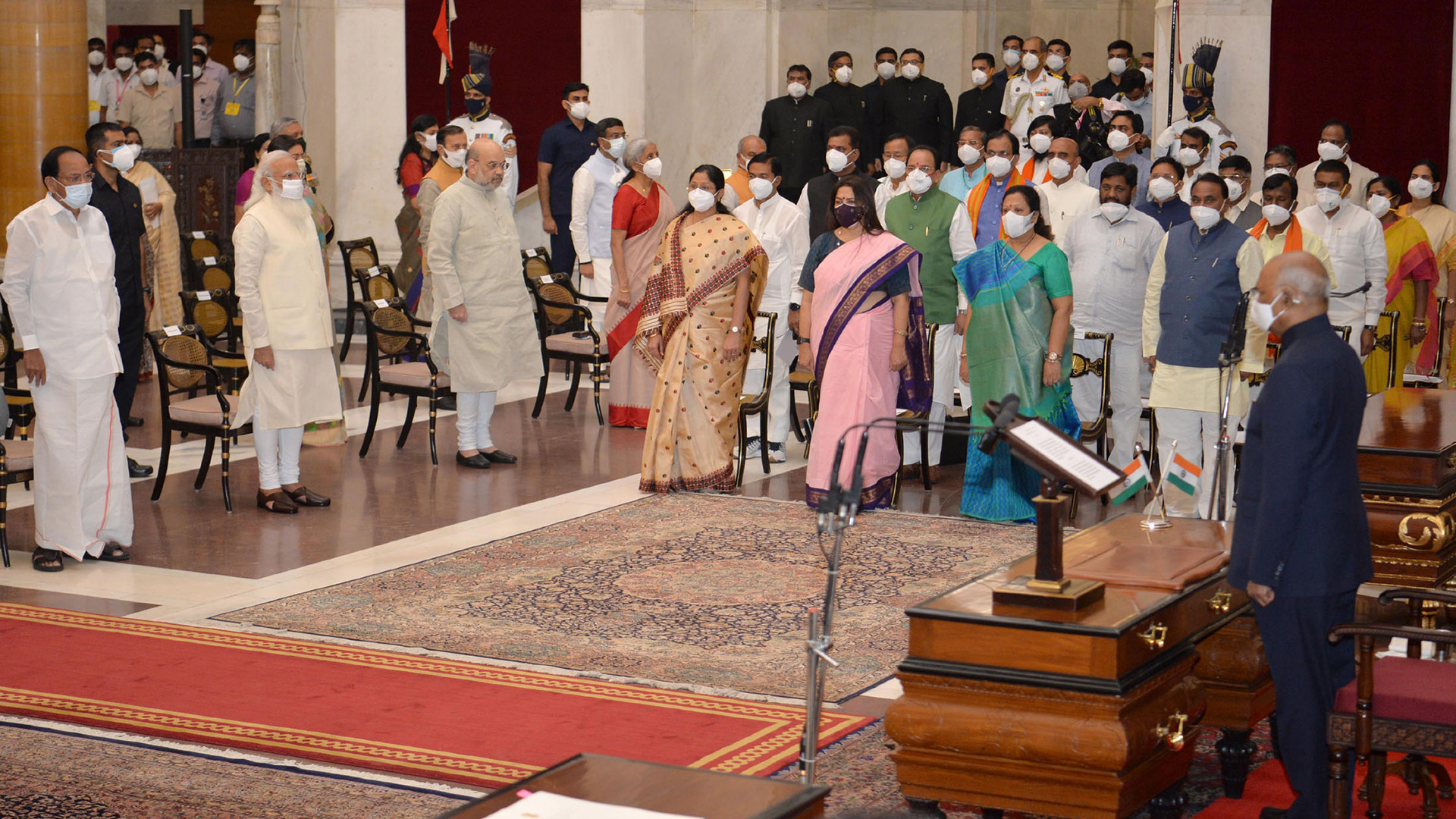 The expansion saw more representation to states which will go to the polls next year, including the northern state of Uttar Pradesh and the western state of Gujarat. (pib.gov.in)

Thirty-six new faces were added to Modi’s Union cabinet, and seven existing ministers were promoted. However, 12 top ministers were dropped from the cabinet. Seven ministers of state were elevated to cabinet rank.

“I congratulate all the colleagues who have taken an oath and wish them the very best for their ministerial tenure,” tweeted Modi. “We will continue working to fulfill aspirations of the people and build a strong and prosperous India.”

Home Minister Amit Shah is now also the minister of the newly-created Ministry of Cooperation.

“Congratulations to all the comrades who took oath as the minister,” Shah tweeted. “I believe that @narendramodi, the entire cabinet under his leadership, will make its best contribution in taking the welfare policies of the government to the people with full devotion and dedication and in realizing the resolve of self-reliant India.”

The Ministry of Micro, Small, and Medium Enterprises, which was earlier with Road Transport and Highways Minister Nitin Gadkari, has been allocated to former Maharashtra Chief Minister Narayan Rane.

Ashwini Vaishnaw, a former Indian Administrative Service officer, has been appointed Minister of Railways, Minister of Communications, and Minister of Electronics and Information Technology.

The expansion saw more representation to states which will go to the polls next year, including the northern state of Uttar Pradesh and the western state of Gujarat, and are apparently aimed at infusing more young talent in the government.

Smirti Irani stayed on as Women and Child Development Minister while the textiles portfolio that was with her was given to Piyush Goyal, who continues as Minister of Commerce and Industry and Minister of Consumer Affairs. He also held the Railways portfolio earlier.

While the representation of Other Backward Classes, Scheduled Castes, and youth has gone up, the average age of cabinet has come down. The changes were made days ahead of the monsoon session of parliament.

Forty-three ministers, including seven who were elevated as cabinet ministers, took the oath of office at a function at Rashtrapati Bhavan in the capital city of Delhi.

The government had faced some criticism over its handling of the second wave of the Covid-19 pandemic. Harsh Vardhan had steered the Health Ministry’s response to the pandemic.

“My best wishes to spirited new #TeamIndia having representation from all sections of society for furthering the vision of ‘Sabka Saath, Sabka Vikas, Sabka Vishwas’ (together with all, development for all, the trust of all).”