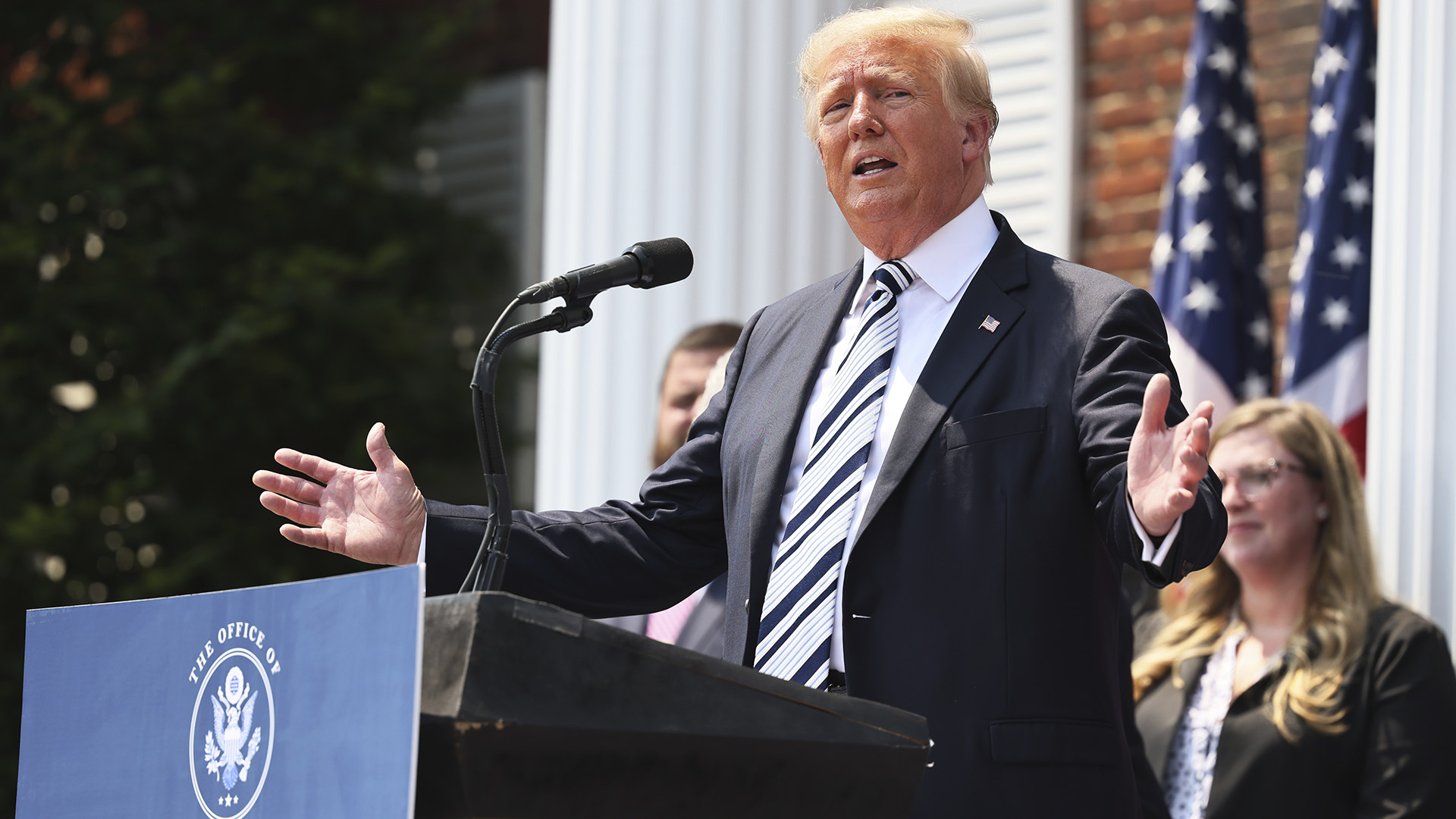 Former President Donald Trump held a press conference with executives from the America First Policy Institute to announce a class action lawsuit against Facebook, Twitter, Google, and their CEOs, claiming that he was wrongfully censored. (Michael M. Santiago/Getty Images)

“In conjunction with the America First Policy Institute, I am filing as the lead class action representative, a major class-action lawsuit against the big tech giants including Facebook, Google, and Twitter, as well as their Chief Executive Officers,” Trump said at a news conference in New Jersey.

“There is no better evidence that big tech is out of control than the fact that they banned the sitting President of the United States earlier this year.”

Trump is banned from Twitter and is barred from Facebook for the next two years following the Capitol riots on Jan. 6, 2021, in which the social media firms said that Trump contributed to the violence.

In January, several supporters of Trump stormed the U.S. Capitol to protest lawmakers accepting the electoral college votes and claimed that Trump was robbed of an election victory.

“Trump’s de-platforming lawsuit turns on the idea that Twitter and others took down content under pressure from Dem [democratic] politicians, thus becoming state actors who can be sued under the First Amendment,” tweeted Daphne Keller, Platform Regulation Director at the Stanford Cyber Policy Center.

“After close review of recent Tweets from the Donald Trump account and the context around them — specifically how they are being received and interpreted on and off Twitter — we have permanently suspended the account due to the risk of further incitement of violence,” Twitter said in a blog post on Jan. 8, 2021, announcing his ban.

Meanwhile, Trump has maintained that these companies are unfairly censoring conservatives.

The lawsuit will be filed in the Southern District of Florida, seeking “injunctive relief” against “shameful censorship of the American people”.

“If I were on the receiving end of this obviously bogus lawsuit, I’d yawn. Then yawn again,” tweeted American author Laurence Tribe.

The Facebook Oversight board in June upheld the two-year ban on Donald Trump and said that the ban could be upheld only after certain conditions are met.

“Given the gravity of the circumstances that led to Mr. Trump’s suspension, we believe his actions constituted a severe violation of our rules which merit the highest penalty available under the new enforcement protocols,” Facebook had said.

“We are suspending his accounts for two years, effective from the date of the initial suspension on January 7 this year.”