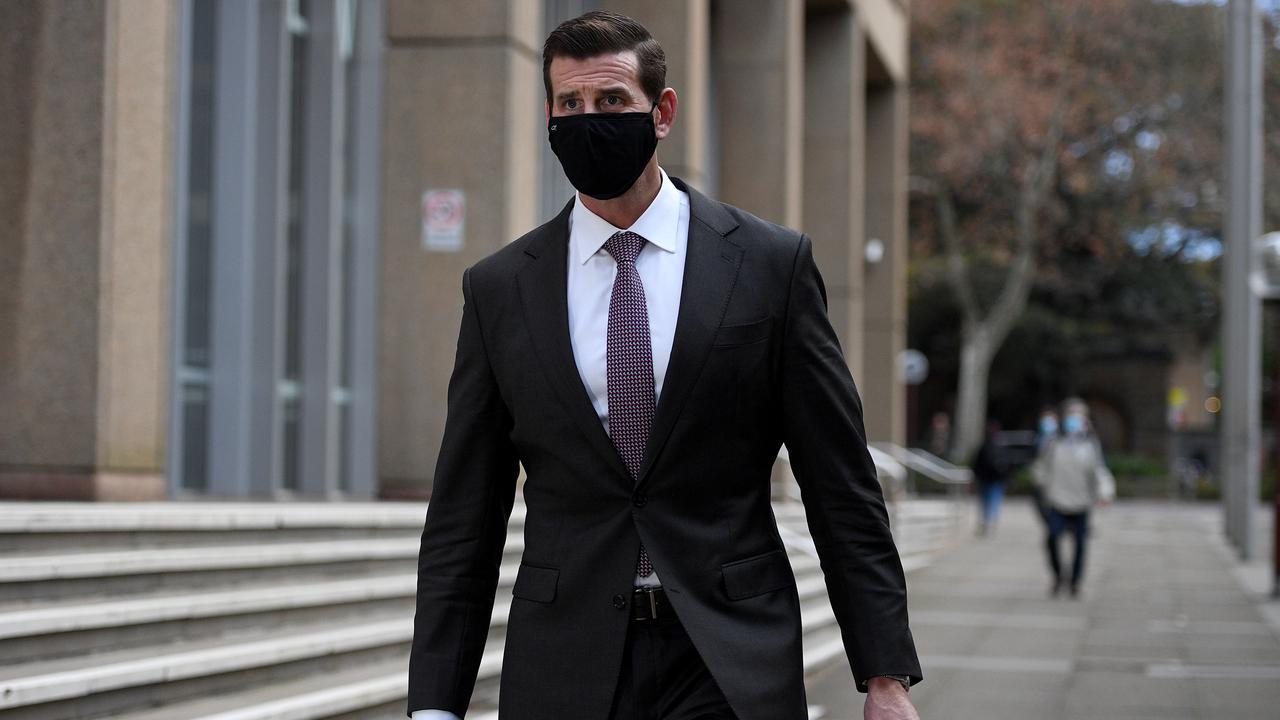 CANBERRA, Australia — After 12 grueling days in the witness box at his defamation trial, Ben Roberts-Smith now faces an anxious wait to hear from those accusing him of war crimes in Afghanistan.

Roberts-Smith, 42, is suing three newspapers in the Federal Court in Sydney over claims in 2018 media reports he says paint him as a criminal who broke the moral and legal rules of engagement during his military deployments.

Australia’s most decorated soldier is also pursuing the outlets over an allegation he assaulted a woman at a Canberra hotel.

The war hero, who completed six tours of Afghanistan between 2006 and 2012, denies all claims. His accusers maintain they are true.

On July 6, the landmark trial was adjourned in its fourth week for at least a month after Sydney’s Covid-19 outbreak prevented the Sydney Morning Herald, The Age and The Canberra Times from opening their defense.

It nonetheless gives Roberts-Smith time to gather his forces after a lengthy stint in the witness box laying out his case against the papers.

Bruce McClintock SC opened by painting the Victoria Cross winner as a courageous, highly organized and disciplined leader who risked his life in battle under the Special Air Service Regiment motto “Who Dares Wins”.

In what is expected to be the veteran barrister’s final trial, McClintock described the 2010 Battle of Tizak, where Roberts-Smith earned his Victoria Cross, as a “high water mark” for the Special Air Service Regiment and his client’s devotion to duty and self-sacrifice.

He also alleged the defamatory articles were the result of a lying campaign against Roberts-Smith by soldiers jealous of his stellar career and achievements.

McClintock submitted his client lost hundreds of thousands of dollars after his reputation was smashed by the media reports and his speaking business “evaporated”.

When he took the stand himself as first witness, Roberts-Smith told the court the Victoria Cross made him a tall poppy within the Special Air Services and served to broaden attacks on him from envious associates out of “pure spite”.

“It put a target on my back,” he told the court.

He also stridently defended his actions at several key engagements in Afghanistan that are the subject of the serious misconduct claims against him.

Roberts-Smith told the trial of an April 2009 Special Air Service mission in Uruzgan where he says two insurgents were killed near a compound known as Whiskey 108. The respondents allege what in fact occurred was that two unarmed Afghans — one a man with a prosthetic leg — were brought out of a tunnel and taken prisoner.

The outlets claim a Special Air Service soldier, codenamed Person Four, shot the older Afghan in the head with a silenced firearm on the orders of another SAS operator, codenamed Person Five. They allege Roberts-Smith carried the Afghan with the fake leg out of the compound and shot him with an extended burst of machine gunfire. Roberts-Smith vehemently denied the claim.

“There were no men in the tunnel,” he said under oath.

Another engagement where versions are diametrically opposed centers on a SAS mission in the village of Darwan, also in Uruzgan province, on Sept 11, 2012.

On Roberts-Smith’s version, he moved up an embankment with another soldier, person 11, and engaged an insurgent “spotter” in a cornfield.

Roberts-Smith maintains he fired at the insurgent who was moving around in the field and later found a radio, known as an ICOM, near the fighter’s body.

But that scenario was queried by the respondents’ barrister, Nicholas Owens SC, who suggested in cross-examination the man was handcuffed, kicked off a cliff, dragged across a creek bed into the cornfield and shot.

“That is completely false,” Roberts-Smith said to the court.

The trial has also been told of alleged assaults on Afghans, accusations Roberts-Smith bullied another trooper and the practice of soldiers at the Special Air Services’ pub in Afghanistan known as the “Fat Lady’s Arms” drinking from the prosthetic leg of the man killed at Whiskey 108.

Roberts-Smith denies ever drinking from the leg but concedes possessing two engraved glass replicas of the leg given to members of his squadron.

Australia’s most acclaimed living soldier has also denied, after his exit from the force, writing threatening letters to another army veteran, burying USBs with secret material in his backyard or dousing his laptop with petrol and burning it out of panic.

“When I’m getting rid of a laptop that’s what I do”, he told the court. On the domestic violence allegation, Roberts-Smith gave some of his most impassioned testimony.

Asked if he punched the woman, Person 17, in the temple causing her to stagger and fall onto a bed in a Canberra hotel room in March 2018, Roberts-Smith said: “I’ve never struck any woman and I certainly didn’t strike Person 17”.

“This a complete fabrication,” he said. He also denied photographing Person 17 while naked and asleep and later showing her the photos with the intention of having a “hold over her”.

On Roberts-Smith’s version, the woman, with whom he had an extra-marital affair, was injured when she fell down stairs drunk at an event at Parliament House.

Once the trial resumes, it is expected to hear evidence from 21 current and former members, and several Afghan villagers.

It has already heard from former Liberal MP Brendan Nelson — a reputation witness for the applicant — who described Roberts-Smith as the most respected, admired and revered soldier Australian soldier in half a century, since Vietnam veteran Keith Payne VC.

The matter is next listed for mention on July 19 before Justice Anthony Besanko.