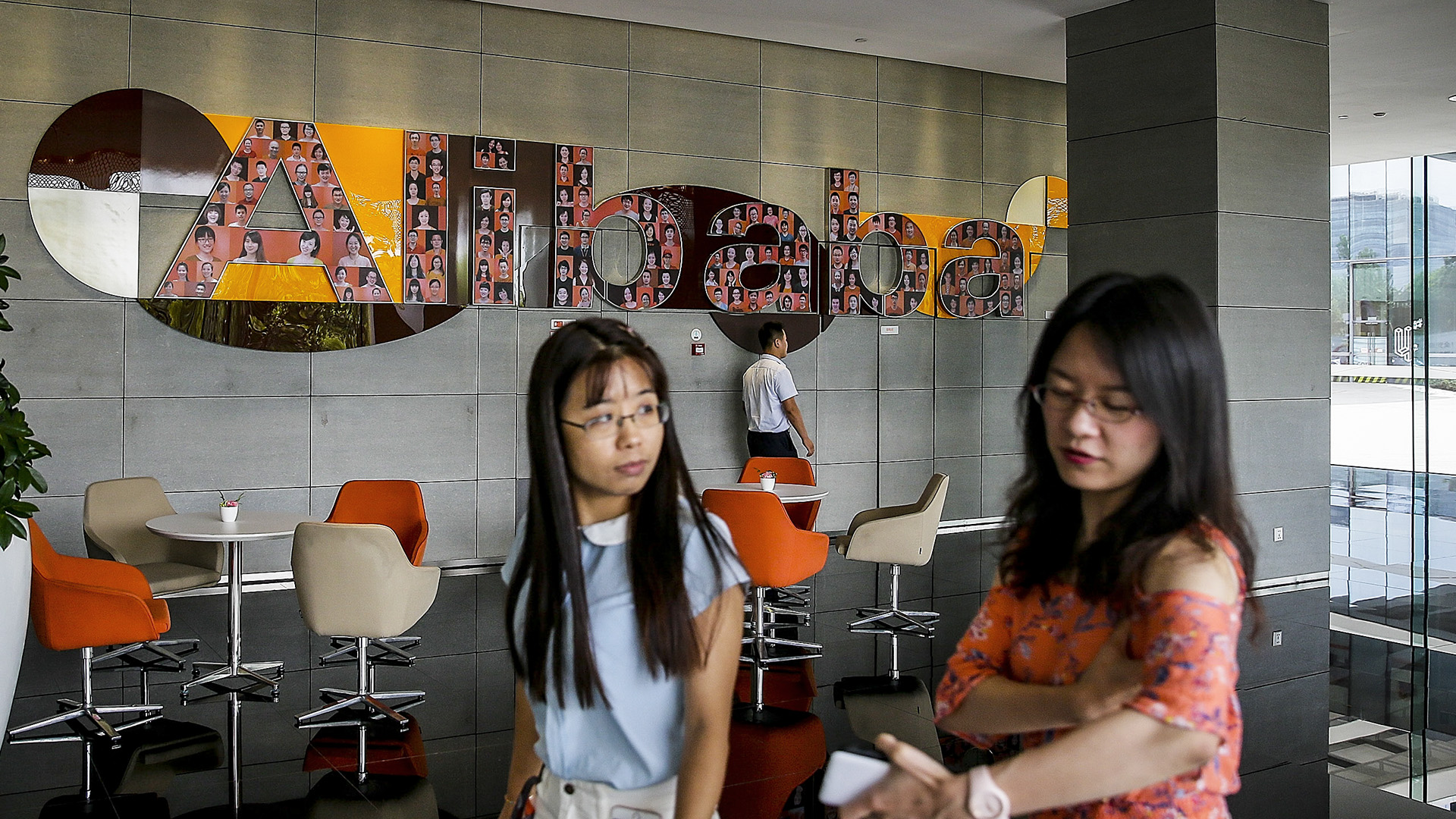 Employees at the lobby of the Office Building at Alibaba Xixi Park in Hangzhou, Zhejiang province of China. (Wang He/Getty Images)

BEIJING — China has fined the country’s internet giants, including Tencent, Alibaba, and ride-hailing firm Didi Chuxing for violations of the country’s anti-monopoly law.

China’s State Administration for Market Regulation (SMAR) took the decision after probing 22 cases of illegal operations in the internet sector.

The market regulator on July 7 said that all the cases are violations of the country’s anti-monopoly law, and the companies involved have been fined about $77,206 for each case, a media report said.

The investigation into the 22 cases started in March and April of this year.

The probe is across sectors like new retail, e-commerce, logistics, fintech, ride-hailing, and charging piles in the new-energy vehicle industry.

The Chinese Cyberspace Administration ordered online mobile app stores to remove Didi Chuxing due to “serious violations of law and regulation” in the collection and use of personal information.

The Chinese watchdog said the app severely violated relevant laws and regulations while collecting and abusing user data. The regulator told the ride-hailing company to take concrete measures to fix the loopholes in accordance with the law and national standards.

A notice by the Chinese regulator also said that cybersecurity reviews will be conducted against Boss Zhipin and truck-booking platforms Yunmanman and Huochebang under Full Truck Alliance, to address national data security risks, maintain national security, and protect public interests.

Both Boss Zhipin and Full Truck Alliance are now listed on the U.S. stock exchanges after their recent Initial Public Offering (IPO).

“These companies are now listed in the U.S. In this process, some important data and personal information held by the companies may be leaked due to U.S. regulation,” Zuo Xiaodong, vice-president of the China Information Security Research Institute, said on July 5.

“In other words, the listing in the U.S. could lead to data’s outbound security risks.”

Liu Dingding, a Beijing-based independent tech analyst said, that given the current situation, more Chinese firms that intend to list in the United States would have a second thought amid the country’s tightening security on data protection.

Other experts believe that the review is another example of Beijing’s crackdown on influential I.T. giants. Earlier in April, the Chinese government imposed a huge fine on Chinese e-commerce giant Alibaba Group.