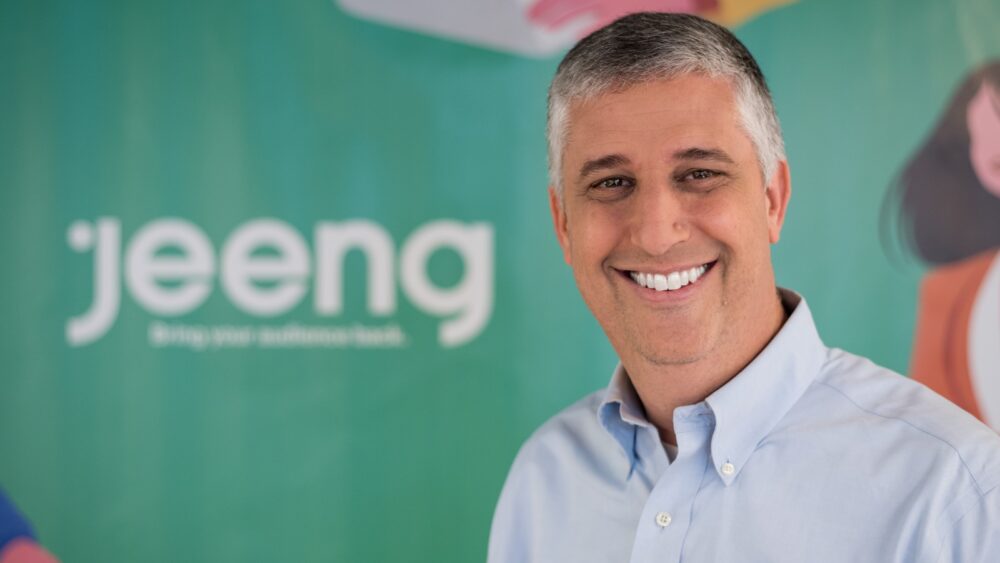 A “cookie” is a little piece of code that helps a website track your behavior and preferences for a better user experience. You may have noticed that many websites now ask permission to use first-party cookies.

A third-party (or cross-site) cookie sits on your browser tracking your behavior across all websites you visit. It’s an identifier enabling digital publishers to target the advertising that pops up on your screen.

Lately, third-party cookies are falling out of favor because consumers’ data is being harvested and used without their knowledge or permission in ways they don’t understand, constituting a violation of privacy.

This poses the biggest technical challenge the digital ad industry has ever faced.

Without cookies as the default mechanism for targeting ads, how can publishers get hundreds of millions of users to consent to receive advertising?

Industry experts like Jeff Kupietzky believe the identity currency of the privacy age is the good ol’ email address — and he’s pairing it with cutting-edge artificial intelligence to drive personalization, engagement and revenue.

Kupietzky is CEO of Jeeng, an American-Israeli company whose artificial intelligence platform, Jeengage, enables digital publishers to leverage first-party data using email as the core identifier instead of third-party cookies. Subscribers opt in knowingly and can opt out at any time.

“Our company helps publishers who don’t have access to data science and artificial intelligence to use email addresses to build a profile of their users, accurately curate content and ads those users would most appreciate, and deliver the content directly to subscribers at the right time on the right channel,” Kupietzky said.

Used by more than 700 publishers

Jeeng reaches 120 million unique users per month on behalf of more than 700 publishers, including The Atlantic, Crain’s, HarperCollins, Vice Media and Vox Media.

“Jeeng pays publishers for the traffic we monetize,” said Kupietzky, “versus the traditional model where they’d pay us to use the technology.”

This unusual business model “accelerates the adoption of the product by publishers and allows us to scale faster, getting more traffic to monetize, which has been our core business the last several years.”

Jeeng’s AI gets smarter about user personalization the more publishers are on the network. “I don’t know who you are specifically,” said Kupietzky, “but I track your interests across different publishers to deepen our understanding of what content is most interesting to you.”

“With email, we have good control on distribution, timing, the message and monetization. Plus, subscribers are generally more trusting of content delivered via email because they’ve opted in, which means they’re more likely to click through,” said Schwertley.

Ezra Menaged, CEO of Jerusalem-based Hometalk, said, “The Jeeng team are addressing and solving for a true publisher pain point, in creating a great personalization solution. Providing omnichannel distribution alongside content personalization, they are solving a problem that few publishers have the resources to solve.”

But aren’t people moving away from email, especially younger users?

“We did surveys revealing that what people use more for person-to-person communication is social media channels. But when it comes to their relationship with a brand or a company, we do not see a drop-off in email usage,” Kupietzky said. “As young people get credit cards and bank accounts, they are more likely to have an email address.”

Jeeng also did research to discover how likely people are to subscribe to personalized content. “We found the adoption curve for email is pretty similar for Gen X, Gen Y, Gen Z and Baby Boomers,” Kupietzky said.

Email, he said, is a more stable identifier than cookies because the user has control over the opt-in and opt-out process, and usually keeps the same email address permanently. It’s more practical, too.

“No matter whether you’re opening email on a desktop, mobile device or tablet, you’re being seen as the same individual. Sites that use your email address therefore offer a more consistent experience for the user.”

Kupietzky sees this aspect of uniformity across devices as critical to the future of online advertising.

“Cookies were really bad if you started an article on your tablet and then continued on your desktop and finished reading through an email on your mobile device,” he said.

“You were seen as three distinct users with three distinct profiles. There was no way to connect those experiences unless you were registered or logged in because they didn’t know it was the same person.”

Kupietzky earned an MBA from Harvard Business School in 1998. He started out in high-tech in Silicon Valley and has focused on marketing and advertising for the past 20 years.

He formed the precursor to Jeeng, PowerInbox, around the time he moved to Israel in 2011. Through a series of acquisitions, PowerInbox became Jeeng.

While the typical Israeli startup entrepreneur begins in Tel Aviv and expands to New York at the commercialization stage, Kupietzky did the opposite and now has 75 employees between the two locations.

“We saw there was no better place in the world to recruit a development team that can help us with artificial intelligence to do predictions and large-scale data processing,” said Kupietzky, “so we’re building our core R&D center here in Israel.”

With Google predicting that third-party cookies will be history by 2022, Kupietzky is optimistic about the shift to email as the identifier.

“For many publishers, traffic is primarily from Google or Facebook through search or social shares. But that traffic comes in anonymously. It can’t be retained and has already been picked through by Google or Facebook,” he said.

“Jeeng helps publishers get back their audience by allowing them to get content according to what they are interested in.”

Ad-tech turns To email and AI as cookies fall out of favor appeared first on Israel21C.