Walking Among A Sea Of Butterflies 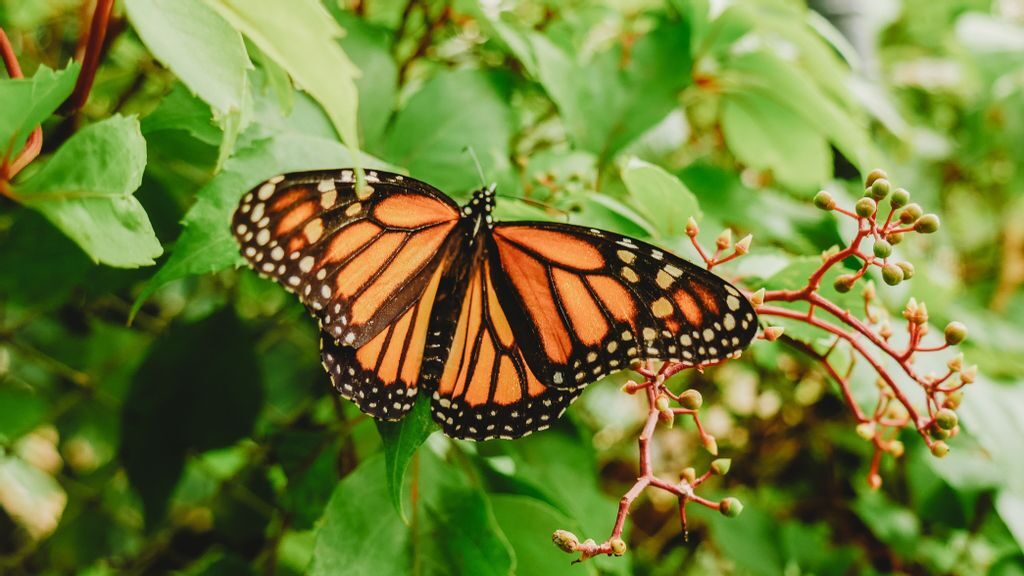 Michoacán’s sanctuaries fill up with life and color every year due to the migration of monarch butterflies. (Roberto Carlos Roman/Unsplash)

Every year, millions of monarch butterflies travel nearly 5,000 miles (8,000 kilometers) from the United States and southern Canada to Michoacán, Mexico.

This Lepidoptera covers up cedar, fir, and pine trees throughout the state of Michoacán while they hibernate. The Mariposa Monarca Biosphere Reserve, considered a World Heritage Site by UNESCO, is in charge of guaranteeing this beautiful annual event.

Between November and March, Michoacán’s towns await the arrival of millions of fluttering wings.

The reserve was created to protect the natural environment and habitat of the monarch butterfly, which covers more than 141,000 acres (57,259 hectares). In Michoacán, six of the sanctuaries that can be visited offer all services, such as toilets and food, as well as rest areas for those unable to climb the mountains.

El Rosario and Sierra Chincua are two of the most famous sanctuaries. In order to get to either of these sanctuaries, it is recommended that visitors take the road to Angangueo, a region that borders the State of Mexico.

El Rosario has become the state’s largest sanctuary. People can ascend the Campanario hill — just over a mile (2 km) — either on horseback or on foot.

A local guide can help people traverse the many forests that cover the trail to the sanctuary. These guides can also direct people to restaurants and gift shops. The sanctuary is open every day during butterfly season from 8 a.m. to 7 p.m.

The Sierra Chincua, also known as ‘El Llano de las Papas’ (the potatoes’ plain), is a sanctuary with a cool mountain climate. Guides recommend visitors wear heavy clothing and take pictures only in the three viewing areas the refuge offers. It is also possible to walk through a trail full of trees where the butterflies hibernate. Reaching the top of the mountain requires ascending for nearly 1.5 miles (2.5 km).

The sanctuary is about 6 miles (10 km) from the Magical Town of Angangueo, Michoacan, which has numerous lodging options.

The most impressive thing about the reserve is the number of species and the microclimates that coexist. When the butterflies begin to migrate here, the whole forest turns an orange color.

Since a monarch butterfly’s lifespan is between two and six weeks, the butterflies that leave Michoacán are not the same ones that will return. Many butterflies die while in transit. It is believed that the butterflies know the way by instinct or other natural mechanism.

A curious fact is that Michoacan is one of the Mexican states with the lowest number of young men, since many migrate to the U.S. and Canada in search of better life opportunities, ironically mimicking the butterflies’ migration patterns. Just like the butterflies, these young men know that where they migrate is not their home, and no matter where they are, they know in their hearts the way back home.