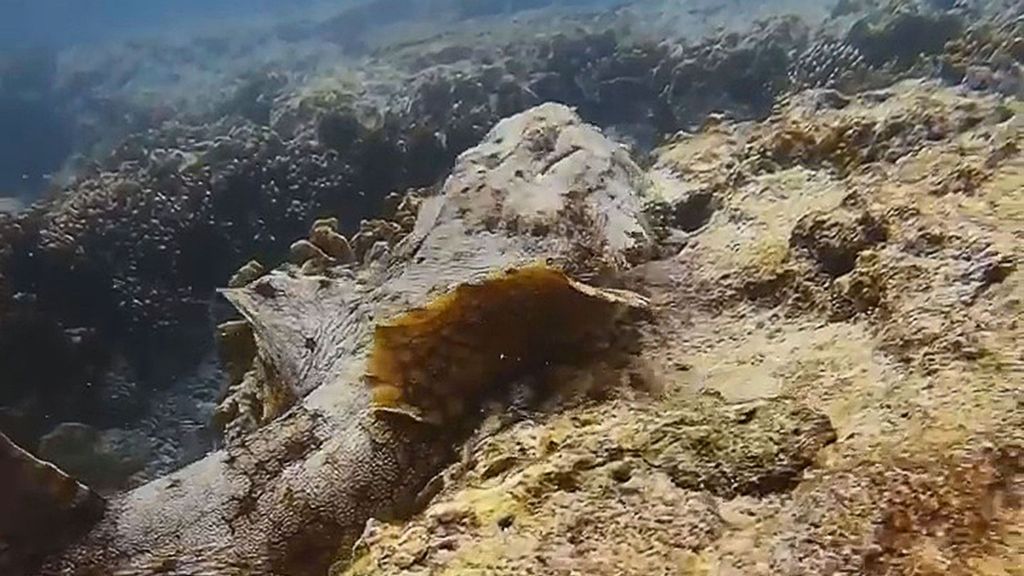 The creature, with a huge head, looks more like a spotty carpet than a streamlined shark. It’s also wider than it is long.

Claudia Argemi Danti visited Australia in March 2020, but the global pandemic halted her plans to return to Spain, and she ended up turning the experience into an ongoing adventure she shares online for her followers.

“I moved in March 2020, just before [the outbreak of] COVID-19. The day after I arrived, they started to ask people to self-quarantine if they were coming from overseas. So yes, I just had a week of normality and after that, we all know what happened,” she said.

The Spanish woman said when things started to lockdown, she bought a car with a guy she hardly knew in order to escape the city, and set off with the last of her savings to try and find somewhere to wait out the pandemic.

“Now it is obvious we took the best decision we could ever make, but at the time, no one knew what was going to happen and that was probably the riskiest decision[of my life],“ Danti said.

As a place to be stranded, the young woman, known as Clotchi to her friends, is not complaining about living on Lady Elliot Island, which is in the ‘Green Zone’ of the Great Barrier Reef Marine Park.

It is regarded as one of the best places to set off to study the amazing underwater landscape.

The Great Barrier Reef is the biggest coral reef system in the world, stretching 1,400 miles off the eastern coast of the island of Queensland in Australia, where Claudia lives and works as a barista (coffeehouse employee) for tourists.

Argemi Danti, trained as a primary school teacher, is originally from Bigues i Riells in the Spanish province of Barcelona and when not working devotes her time to capturing images of the amazing places she visits.

“In my family, traveling is a big thing, we used to do a family trip every year. When I finished university, I just felt that I had so much to see, so I decided to start traveling,” she said.

Since moving to the island, Claudia has dedicated a lot of time to exploring and capturing some of its stunning natural landscape.

One video, which she posted in June, shows a beautiful Wobbegong shark, which can grow up to 10.5 feet (3.2 meters) in length, swimming along the seabed.

“They are very good at camouflaging,” she said.

Argemi Danti said the shark “wasn’t dangerous,” however some Wobbegong sharks have been known to attack people.

Some warn all wobbegong sharks can look ridiculously docile, but do not try to pick them up or pull their tail.

“One of the most important things that I’ve learned on this island is that most of the sharks are not dangerous by themselves.”

The Spanish diver can also be seen swimming with some of the most mesmerizing sea creatures in the world, such as sea turtles, rare species of eagle ray, whitetip reef sharks and exotic fishes found in the waters of the Great Barrier Reef.