VIDEO: Pair Jailed For $20,000 Perfume Heist After Thief Leaves Her Purse Behind 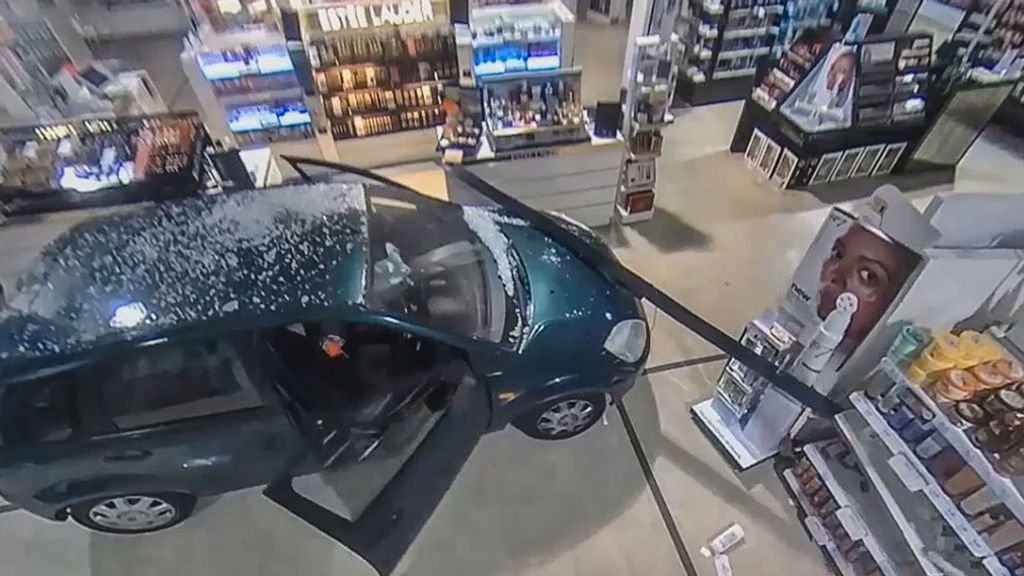 A couple drove this van through the front door of a Boots store in Trowbridge, England, in order to rob it. (@wiltshirepolice/Zenger News)

A couple who stole $20,000 worth of perfume after ramming a van into a pharmacy’s entrance two years ago are now serving jail sentences, thanks to a clue the woman left behind — her purse.

Smashing the vehicle into the store caused about $18,000 in damage, according to Wiltshire Police in the U.K.

Michael Denyer, 33, and Christina Colton, 44, both of Bristol, were sentenced on July 6 at Swindon Crown Court for causing material damage and stealing property from a Boots store in Trowbridge, some 90 miles west of London, on June 23, 2019. Boots in the UK is similar to CVS and Rite Aid in the U.S.

The early morning heist was captured by the store’s security cameras, which showed a van driven into the front of the store, and Denyer and Colton both getting out of the vehicle wearing bandanas to conceal their identities, the police statement says.

“They broke into cabinets to steal a total of £15,221 ($20,990) worth of perfume and aftershave before returning to the car and fleeing the scene.”

The Boots store closed temporarily due to the damage, but police recovered a purse at the scene that contained Colton’s identification.

Denyer was arrested the following evening in Bristol.

Police said they found evidence on his phone and the store’s surveillance camera on the day of the incident where he is seen conducting reconnaissance ahead of the burglary that proved the crime was pre-planned.

“Colton has repeatedly tried to evade justice for this crime and there have been warrants out for her arrest since she previously failed to appear for court hearings,” said a statement from Detective Constable James Gatherum of the Central Criminal Investigation Department.

Denyer had remained in prison for an unrelated crime since he was charged in the burglary case.

“Today’s sentencing marks the end of a very long journey since the incident happened, but after a great deal of evidence gathering and delays caused by Colton, I am happy to see both defendants receive lengthy prison sentences,” Gatherum’s statement said.

Wiltshire, where the crime occurred, is among the top 10 safest counties in England, Wales and Northern Ireland, according to government statistics. The most common crimes there are not burglary and theft. They’re violence and sexual offenses, which affect roughly every 23 out of 1,000 residents. according to Wiltshire Police in the U.K.