VIDEO: Fled In A Ditch: Ambulance Thief Crashes Out During Police Chase

Henry McCall plowed through a crash barrier and rolled onto the roadside.
By Joseph Golder July 7, 2021
Facebook
Twitter
Linkedin
Email 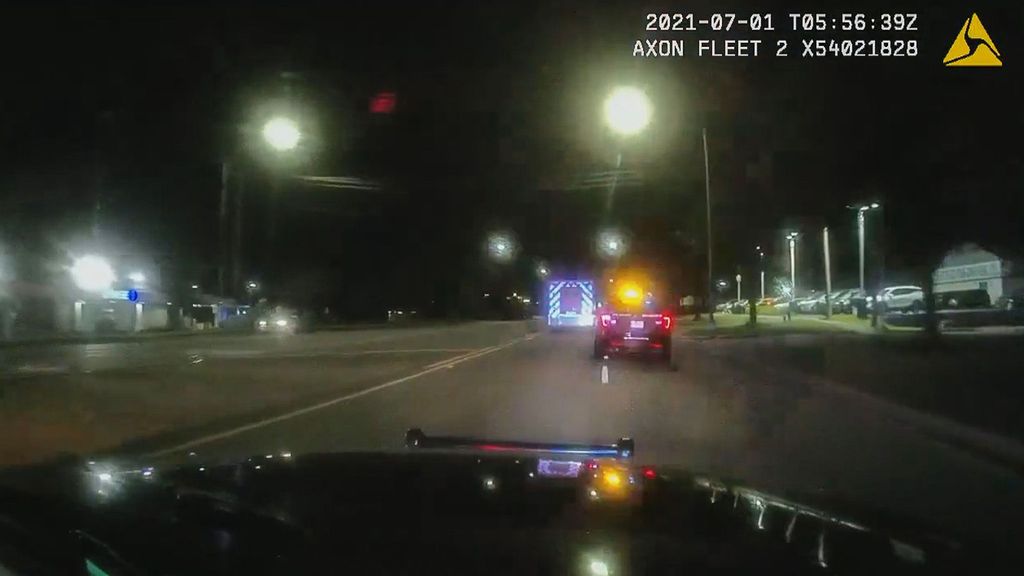 Police give chase to an ambulance stolen from a hospital in Joliet, Ill. (Joliet Police Department/Zenger)

A police chase involving a man who stole an ambulance ended with the emergency vehicle crashed in a ditch. The pursuit took place in the early morning of July 1 in Joliet, Illinois.

The events leading up to the chase and crash began at around 12:45 a.m., when police were called to the Amita St. Joseph Medical Center on the report of a man stealing a Wilmington Fire Department ambulance from the parking bay.

En route, the police located and began chasing the stolen ambulance driven by the suspect, subsequently identified as Henry McCall.

However, McCall refused to stop and the chase continued until he lost control and crashed into a car. The stolen ambulance then rolled over a road barrier and landed into a ditch.

McCall fled the ambulance on foot, but was quickly arrested without further incident.

But first, he was taken to the same hospital he stole the ambulance from to be treated for minor injuries. After that, McCall was transported to the Will County Adult Detention Center.

McCall faces the following charges: possession of a stolen motor vehicle, aggravated fleeing and eluding, obstructing a peace officer, and driving with a suspended licensed.” It was not immediately clear why McCall was at the hospital and why he decided to steal the ambulance.

Such thefts are relatively commonplace.

So far this year, nearly 40 such incidents have been reported by media outlets across the U.S., according to the EMS1 website. To help stop it, the site offers these five tips to ambulance crews:

1. Lock the doors: Always lock the doors to the driver, patient and equipment compartments.

2. Lock the ignition: If you are worried about not being able to restart the engine, utilize an ignition interlock system that allows the motor to idle, but not put in gear without a key.

3. Stay behind: If there are multiple units responding — like an ambulance and a first-response fire truck — assign one person to stay with and monitor the vehicles.

4. Stay inside: Minimize time out of and away from the vehicle, whether you are at an incident, at the grocery store, or parked at the hospital.

5. Stay in sight: Park in a location where the ambulance is easily visible from the scene and bystanders.

«Previous Post
Snakes And Shudders: Man Bitten On Penis By Escaped Snake In His Toilet »Next Post
Lighter Brand Zippo Makes Way For Expansion In India