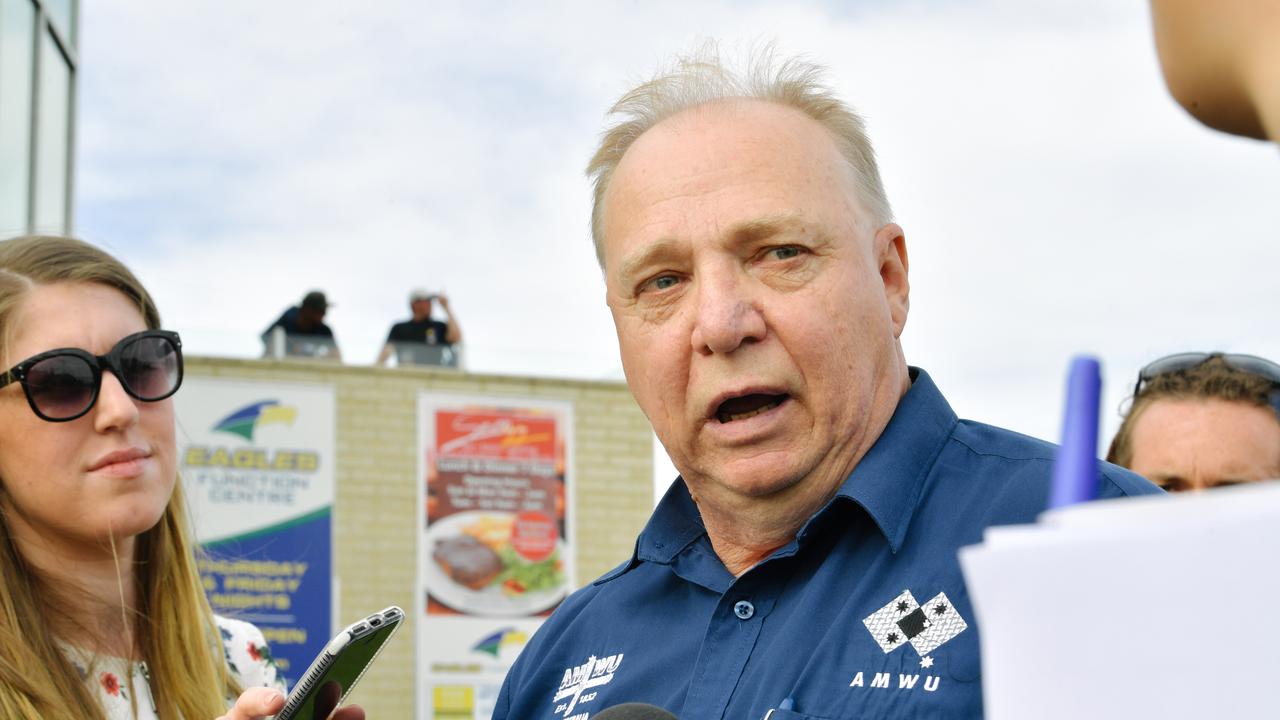 The Support Aussie Made campaign urges governments to tweak industry regulation to better support growth in manufacturing, describing disruptions to local production during the coronavirus pandemic as the “wake-up call” Australia needed.

It backs increasing demand through procurement and infrastructure projects, affordable credit, loans, equity and grants, and the creation of a manufacturing investment fund which the union says will grow manufacturing in Australia for generations to come.

It is not a government body and does not receive government funding for its core operations, which are licensing companies to use the logo and promoting Australian products both in Australia and overseas.

The union delegates from across a range of industries in South Australia, including the print, metals, and food processing sectors, will gather on July 13 as part of a plan to take the campaign into workplaces across the state.

“Supporting Aussie made is urgent and the Covid-19 pandemic has shown us that,” Union’s State Secretary Peter Bauer said.

“We need to maximize our investment in making things locally and by employing more Australian workers and apprentices.

“The Covid-19 pandemic was the wake-up call we all needed. It highlighted the weaknesses in our supply chains in the most dramatic way.”

“When air freight ground to a halt Electrolux closed its factory for four weeks because it couldn’t import the parts needed to manufacture cookers,” he said.

“Workers acted quickly alongside the company to start making the steel parts in-house.”

Electrolux AB, commonly referred to as simply Electrolux is a Swedish multinational home appliance manufacturer, headquartered in Stockholm. It is consistently ranked the world’s second-largest appliance maker by units sold, after Whirlpool.

However, the union said it had concerns with the AU$2 billion ($1.50 billion) electricity interconnector project between South Australia and New South Wales with no guarantee local steel from Whyalla would be used in the transmitters.

Whyalla was founded as “Hummocks Hill”, and was known by that name until 1916. It is the fourth most populous city in the Australian state of South Australia after Adelaide, Mount Gambier and Gawler.