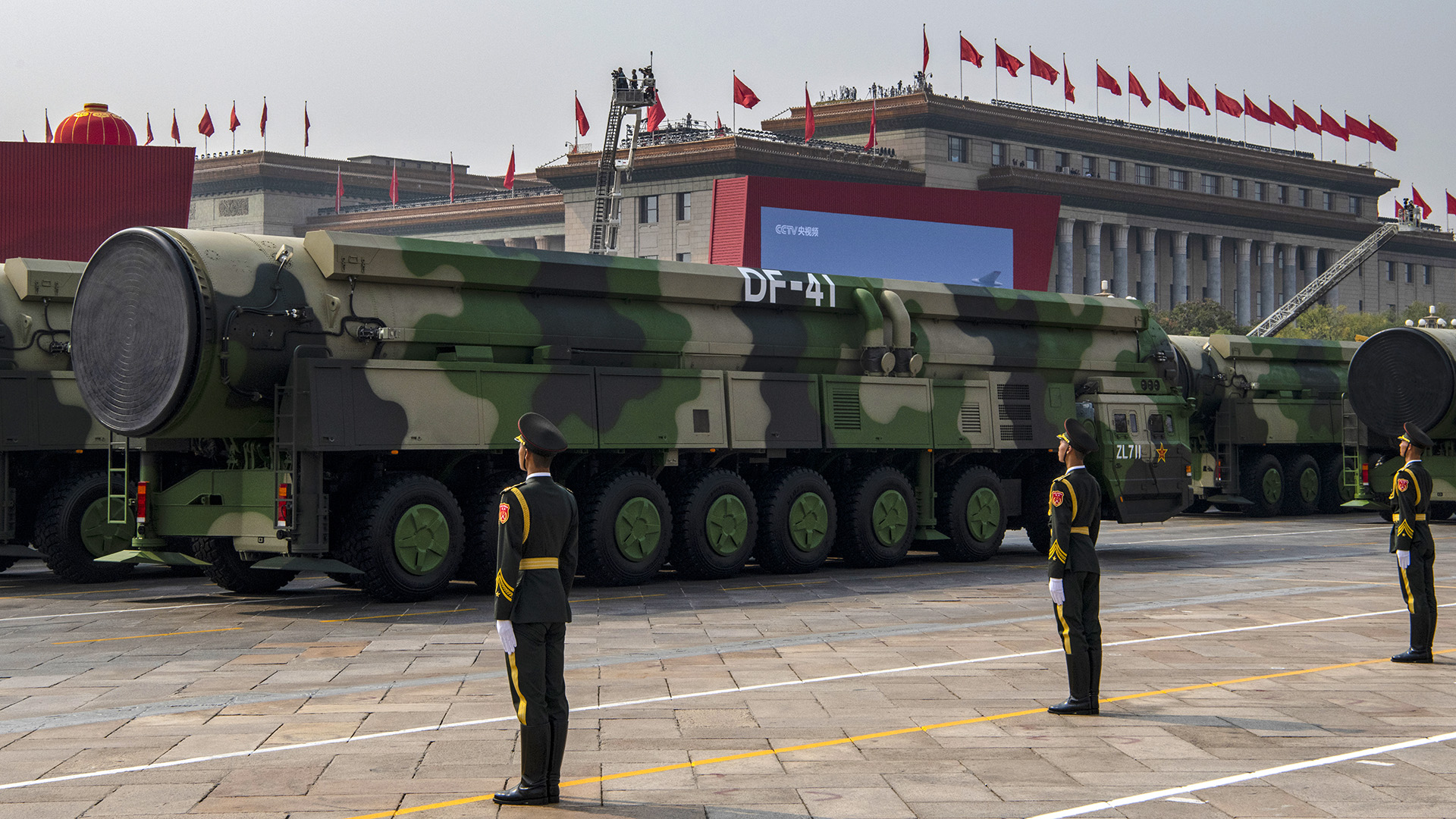 The discovery of 120 under-construction underground silos, presumably for DF-41 I intercontinental ballistic missiles in landlocked northwest Gansu Province, was made by Decker Eveleth, an amateur satellite intelligence analyst.

He used commercially available satellite imagery from Planet to pinpoint massive amounts of military construction and his findings on behalf of the James Martin Center for Non-Proliferation Studies in Monterey, California.

The site of interest covers hundreds of square miles of desert to the west and southwest of Yumen town in northwest China.

The missile launch facilities echo those already known to belong to the People’s Liberation Army Rocket Force. The site is still under construction, and its scope was described by analysts as “incredible”. 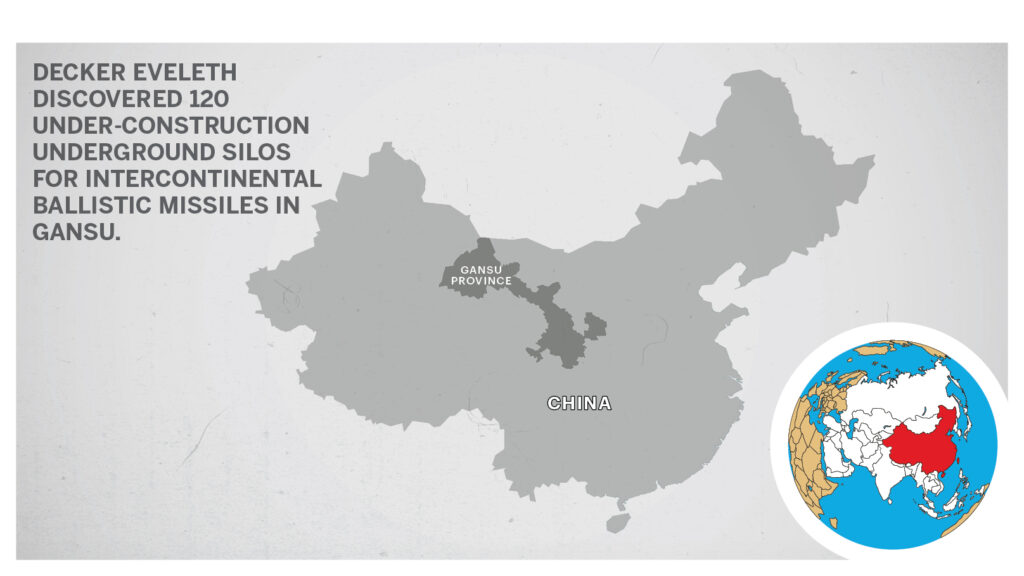 With significant construction kicking off earlier this year, many of the sites are hidden under 70 meter-wide dome-shaped inflatable covers, typical of Chinese missile sites under construction as they conceal activities and construction details from prying satellite eyes. For those sites without such a cover, workers can be seen excavating circular-shaped pits.

The sites are located in two giant swathes. Each area is separated from the other by an average of 3 kilometers. Having them near centralized command-and-control facilities and access to maintenance will greatly reduce personnel and maintenance costs. Such silo clusters are different from anything previously seen in China.

The Pentagon estimates that the Peoples Liberation Army’s nuclear stockpile is in the low-200s, of which 100 warheads are on land-based intercontinental ballistic missiles.

Last year’s Pentagon report predicted that these intercontinental ballistic missiles warheads would reach 200 by 2025. If each new silo near Yumen eventually hosts a missile, this would obviously represent an enormous and historic change in China’s nuclear posture.

However, there is debate over whether each silo would host a missile since some could be decoys. Alternatively, they could represent a “shell game”, the conman’s trick of shuffling hidden objects to fool an observer.

Thus, China could randomly rotate a smaller number of intercontinental ballistic missiles’ around these silos to keep an opponent guessing.

If the shell game hypothesis is correct, it is still impossible to predict the exact ratio of how many silos would receive missiles; various guesses include one missile per eight silos, or even 1:16.

The USA planned such a shell game during the Cold War to deceive the USSR, but it does come with attendant problems such as how to move and sustain large missiles without being detected. The Carter administration planned to build a staggering 4,600 silos to protect around 200 MX/Peacekeeper ICBMs.

“There was a very good chance that China is planning a shell game,” said the James Martin Center for Non-Proliferation Studies.

“I am conflicted about the possibility of shell game,” said Eveleth.

“There are two big pieces of evidence that I think lends credibility to the theory, but my bottom line is that we should wait and see.”

The People’s Liberation Army Rocket Force is known to be building at least 16 DF-41 missile silos in Jilantai in Inner Mongolia, likely to be a training area. Another 18 silos for the DF-5 ICBM exist, with eight more possibly under construction.

Adding them all together would give just over 160, a far cry from the 18 that had existed for so many years.

“I think what is fair to say is that these reports and other developments suggest that China’s nuclear arsenal will grow more quickly, and to a higher level than perhaps previously anticipated,” said US State Department Spokesperson Ned Price.

“This build-up is concerning. It raises questions about China’s intent. And for us, it reinforces the importance of pursuing practical measures to reduce nuclear risks. This rapid build-up has become more difficult to hide. It highlights how China appears again to be deviating from decades of nuclear strategy based around minimum deterrence.”

In December 2011, the National Energy Administration said that China would make nuclear energy the foundation of its power-generation system in the next “10 to 20 years”, adding as much as 300 GWe of nuclear capacity over that period.