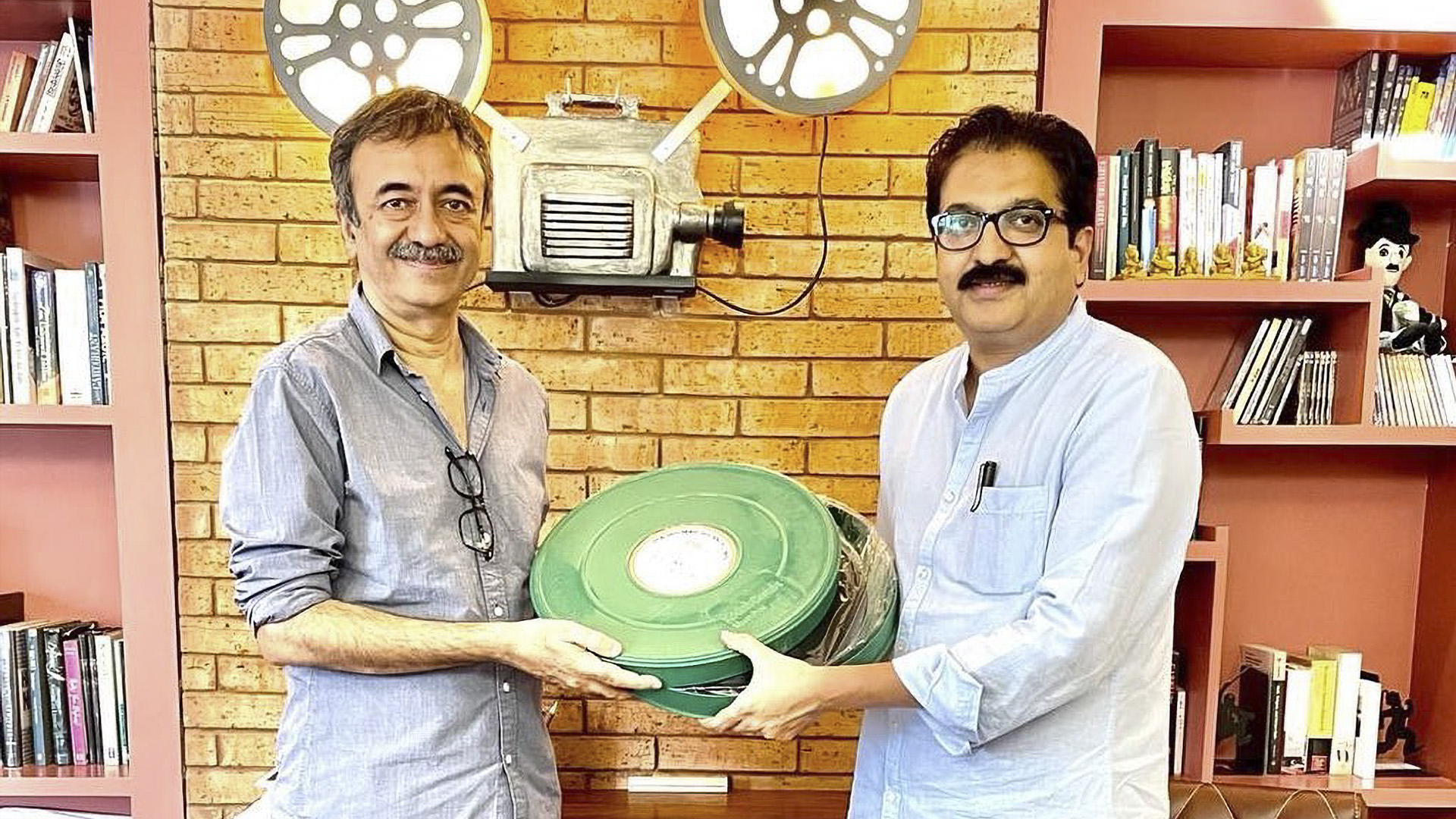 NEW DELHI — The National Film Archive of India, on July 6, announced a significant addition of the original camera negative of Rajkumar Hirani’s 2014 film “PK” in its collection.

The filmmaker handed the negatives over to National Film Archive of India Director Prakash Magdum in Mumbai.

Hirani, who is one of the significant contemporary Indian filmmakers, has carved a niche for himself through his distinct filmography over the years.

“It was important to preserve the negative, and I am thrilled that it would be preserved in National Film Archive of India at Pune,” Hirani said on occasion.

“It is the duty of a filmmaker to ensure that the films are preserved, and I appeal to all filmmakers to support National Film Archive of India in this important cause.”

Speaking about this new addition, Magdum said, “We are happy to continue our association with Hirani as his earlier acclaimed films are also being preserved at National Film Archive of India.”

“It is wonderful to add ‘PK’ in our collection, especially because it was shot on celluloid.”

“The transition from celluloid to digital in terms of producing films in India happened during 2013-14. Therefore, it is all the more important to have this film for preservation,” Magdum said.

Apart from the original camera negative, about 300 cans consisting of rushes of “PK” and outtakes of “3 Idiots” film were also handed over for preservation.

A vast paper material consisting of posters, lobby cards, and photographs of films directed by Hirani would also be handed over to the National Film Archive of India.

The National Film Archive of India tweeted about the event on its Twitter handle, along with a picture, where Hirani can be seen handing over the film’s negatives to Magdum.

“We are happy to announce an addition of #PK in our collection. @RajkumarHirani handed over the original camera negative of his film to Prakash Magdum, Director National Film Archive of India. PK (2014), a satirical drama, happens to be one of the last few films to be shot on #celluloid in India,” the tweet read.

Hirani, an alumnus of the Film and Television Institute of India (FTII), is known for his light-hearted take on tackling social issues through his films and providing a new perspective on contemporary issues.

The original Negatives of Rajkumar Hirani’s earlier films like “Munnabhai MBBS” (2003), “Lage Raho Munnabhai” (2006), and “3 Idiots” (2009) are already being preserved at National Film Archive of India.

Written, edited, and directed by Hirani, ‘PK’ is a beautiful political satire on Indian society. Co-produced along with Vidhu Vinod Chopra, the movie also happens to be one of the last few films to be shot on celluloid in India.

The movie is a social commentary on superstition, with the quirky titular character of PK, an alien who tries to make sense of the world around, in a strange but endearing way.