Microsoft To Revamp Its App Store For Windows 11

Apps like OBS Studio, Zoom, and Canva can already be found on the Microsoft Store. 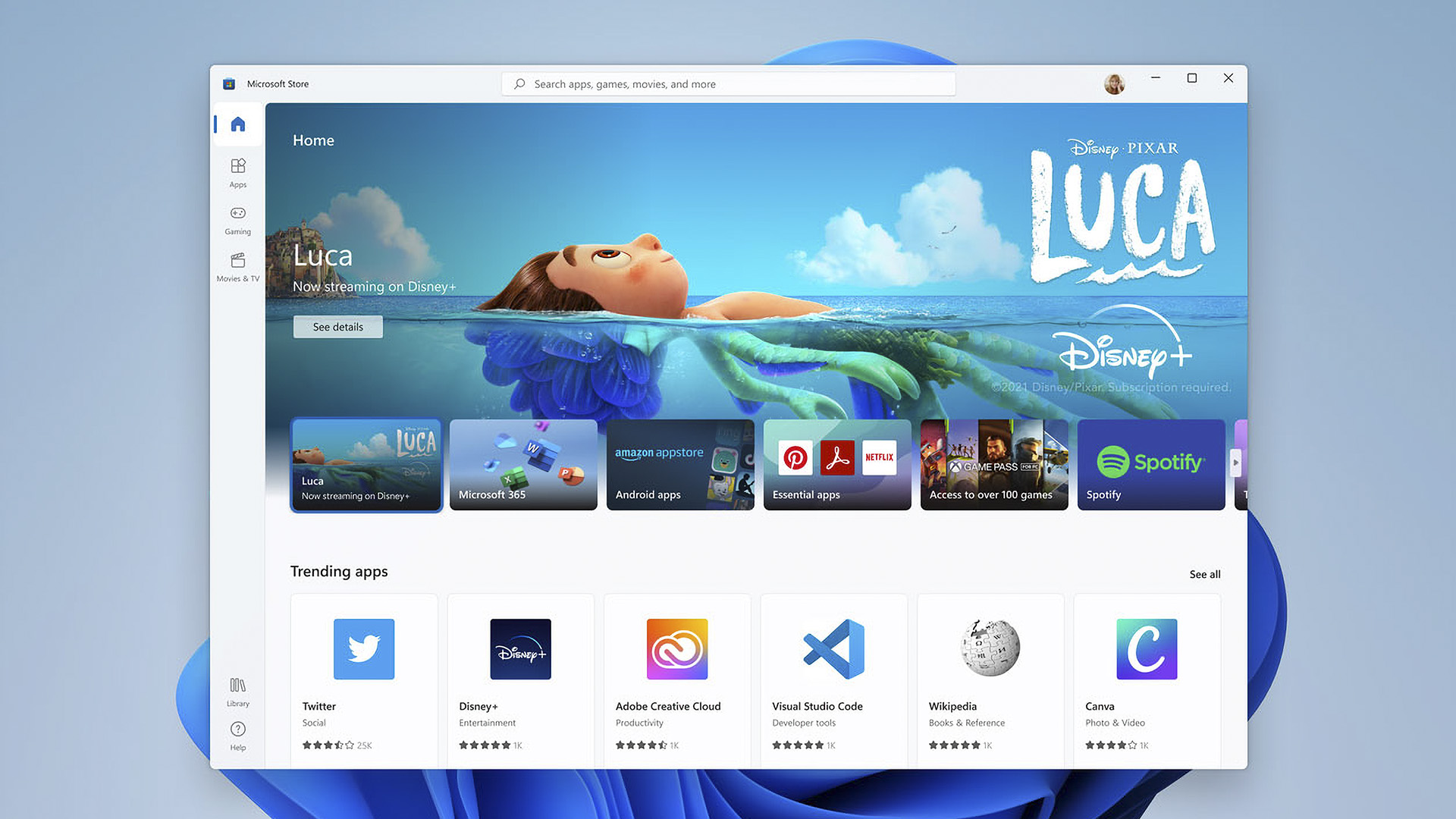 Microsoft is updating the Microsoft App store to provide accessibility of the popular apps to its users in Windows 11. (Microsoft)

WASHINGTON — American tech firm Microsoft is updating its Microsoft App store to give users access to popular apps on Windows 11.

According to a media report, Microsoft’s app store for Windows, the Microsoft Store, is improving under Windows 11. While there have been some changes like a User Interface overhaul and speed improvements, the big overhaul is allowing more apps into the store.

The company launched the new edition of the app store in June.

“We redesigned the Microsoft Store from the ground up, making space for more content, keeping the user experience simple and responsive,” Microsoft said in a blog post.

Microsoft said that Adobe Creative Cloud, Disney+, TikTok, Zoom, and in-house apps like Microsoft Teams, Visual Studio, and even Notepad and Paint would soon be available for users.

Popular apps like OBS Studio, Zoom, Canva, WinZip, and Adobe Acrobat Reader have all started to appear on the Microsoft Store in the past week, alongside Microsoft Edge browser extensions.

This change has come as an early addition to the beta version of Windows 11. On a related note, the company previously restricted developers to its Universal Windows Apps, before allowing some desktop apps that were packaged to use its store for updates. Now, any app can be part of the store.

The company had said that new developments were in the making for developers in Windows 11. Microsoft also said that it is working on tools to improve Web and native Windows app development in the coming editions.

Microsoft’s Windows Package Manager earlier offered apps like Zoom and WinRAR that were missing from the main store, but the package now includes many popular apps like Discord, Google Chrome, and Firefox.

According to a media report, the Microsoft Store is essentially now a frontend for the Windows Package Manager and the Winget command that’s used to install apps from Microsoft’s repository. That should mean that users will see more apps appear in the store in the coming weeks. Mozilla, for example, has hinted that Firefox will be available soon.

Microsoft’s Chief Product Officer Panos Panay earlier said that the company is open to having Steam or the Epic Games Store in the Microsoft Store soon, and it would likely work as a way to link out to apps and games available elsewhere.