Even with gas prices at the highest level in 6 years, demand is outpacing supplies. 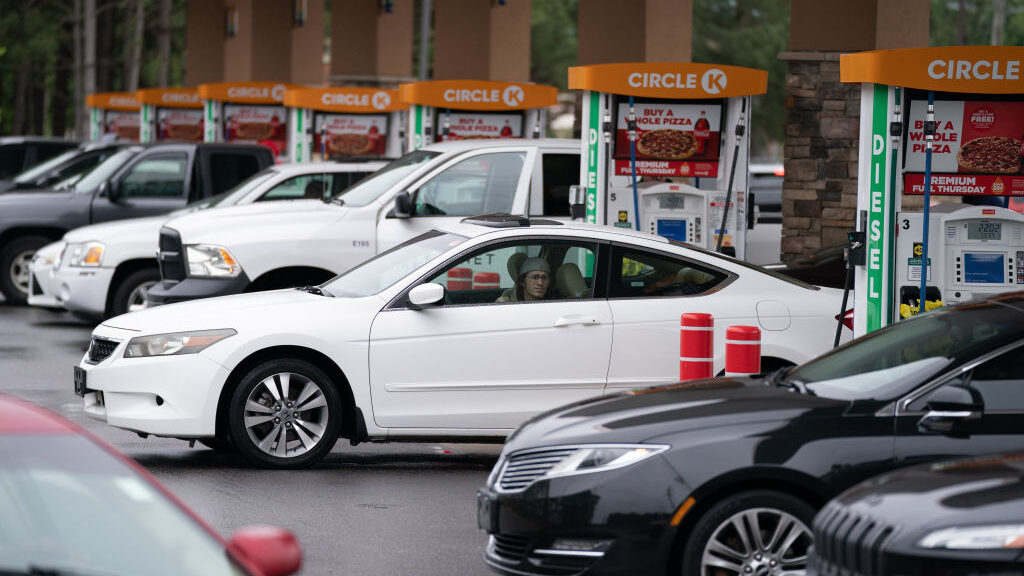 Gasoline prices are now the highest they have been in 6 years, with demand staying strong. (Sean Rayford/Getty Images)

The long July 4 holiday weekend led to big spikes in demand as U.S. travelers sought to make up for the strict social restrictions in place during the height of the pandemic last year. That strong appetite spilled over into the shortened work week too, with GasBuddy reporting that demand levels July 6 were higher than the same day in 2019, before the pandemic.

Travel club AAA reported a national average retail price for a gallon of regular unleaded gasoline at $3.14, a slight increase from last week and nearly 3 percent higher than one month ago.

“There is no sign at all that demand is slowing down,” DeHaan said from Chicago.

The last time retail gasoline prices were this high was the second week of October 2014, according to federal data. On top of mounting inflation, gasoline prices are starting to rattle nerves in the U.S. economy. Before the holiday weekend, the White House said it was monitoring the situation.

Matthew Kohlman, an associate editorial director for clean products analysis at S&P Global Platts, said from Houston that refineries are working hard to keep up with the demand, as prices have done little to dampen consumer appetites despite mounting inflation.

“Refiners are running as hard right now as they usually do for any non-pandemic year,” he said.

Those refiners, however, have been forced to turn to the market to buy up extra supplies to meet their supply obligations, he added, suggesting that supply-side problems in the U.S. market are not letting up.

In the domestic market, supplies are indeed tight, but it’s not as bad as early this year when a ransomware attack shut down the Colonial pipeline, which meets about half of the East Coast demand for fuels.

Kohlman added that it wasn’t just a U.S. issue, however, as decisions from Organization of the Petroleum Exporting Countries and its allies, in a group known as OPEC+, have upended the market.

A recent meeting ended without conclusion as Saudi Arabia, the de facto leader of OPEC, sparred with the United Arab Emirates over production allotments, causing wide intra-day swings in the price of oil.

The price for crude oil accounts for the bulk of the price at the pump. While down on the day Wednesday, the price for Brent crude oil, the global benchmark, was around $73 per barrel, the highest since well over a year ago.

Key data points on supplies will be published by the federal government on Thursday, a day later than usual because of the July 4 holiday.

Some of the supply-side shortage could be made up by foreign imports.

On Wednesday, the U.S. Energy Information Administration, part of the Energy Department, said it expected the national average price at the pump to cool down during the second half of the year.

The federal agency estimates an average retail price of $2.92 per gallon during the second half of this year and $2.74 per gallon for 2022.