The usually social animals recuperate on their own when they feel unwell.
By Naama Barak July 7, 2021
Facebook
Twitter
Linkedin
Email 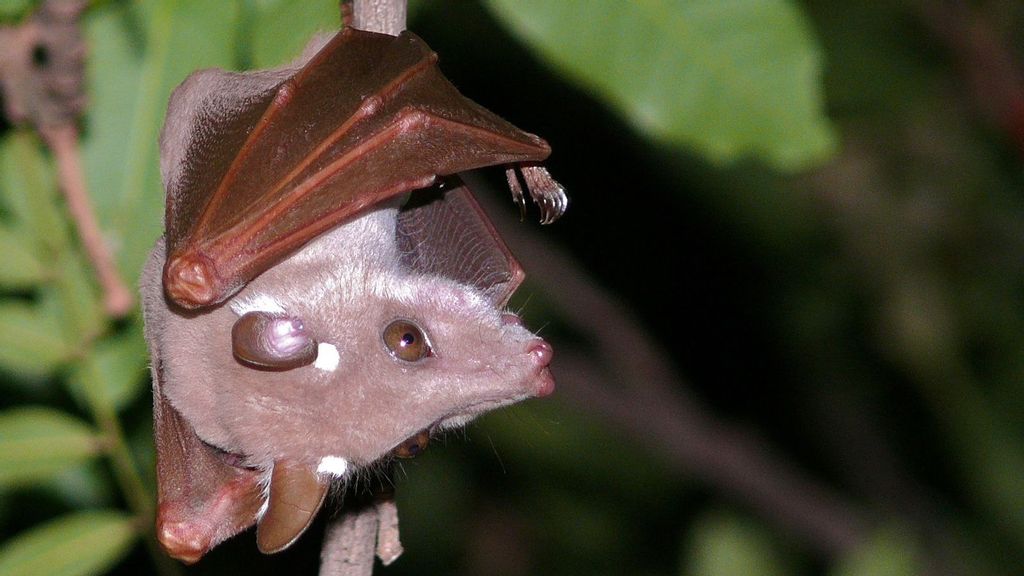 Bats practice social distancing when they are ill, preventing the spread of pathogens to others. (Wikimedia Commons)

When bats feel unwell, they maintain social distancing and stay away from their communities — a move that is probably a means of recovery but also of preventing the spread of disease, recent research from Tel Aviv University shows.

The study, recently published in the Annals of the New York Academy of Science, monitored two colonies of Egyptian bat fruits, one living in an enclosure and the other in its natural environment.

Researchers injected some bats from each group with a bacteria-like protein that stimulated their immune response and caused symptoms such as high fever, fatigue and weight loss, but which did not pose any real danger.

Using GPS to track the bats, researchers found that the sick bats in both groups chose to keep their distance from their colony. The bats living in nature also stayed inside, not going out in search of food for two successive nights.

The social distancing may be explained by their need to conserve energy and not waste it in social interactions, but it can also protect the group and prevent the pathogen from spreading.

“The bats’ choice to stay away from the group is highly unusual for these animals. Normally these bats are extremely social creatures, living in caves in very crowded conditions,” said research student Maya Weinberg.

“In fact, the ‘sick’ bats’ behavior is very reminiscent of our own during recovery from an illness. Just as we prefer to stay home quietly under the blanket when we are ill, sick bats, living in very crowded caves, also seek solitude and peace as they recuperate,” she said.

The study also suggests that the likelihood of bats passing pathogens to humans under regular conditions is very low, because sick bats tend to isolate themselves and stay in the cave.

“We observed that during illness bats choose to stay away from the colony and don’t leave the cave, and thus avoid mixing with other bats,” said Tel Aviv University professor Yossi Yovel.

“This suggests that in order to encounter a sick bat, people must actually invade the bats’ natural environment or eliminate their habitats. In other words, if we protect them, they will also protect us.”

«Previous Post
Walking Among A Sea Of Butterflies»Next Post
Why Were Dinosaur-Era Shark Teeth Found At Jerusalem Dig?