Victoria's next step towards restrictions is set to be announced, with business groups lobbying for an end of masks in offices.
By Callum Godde July 7, 2021
Facebook
Twitter
Linkedin
Email 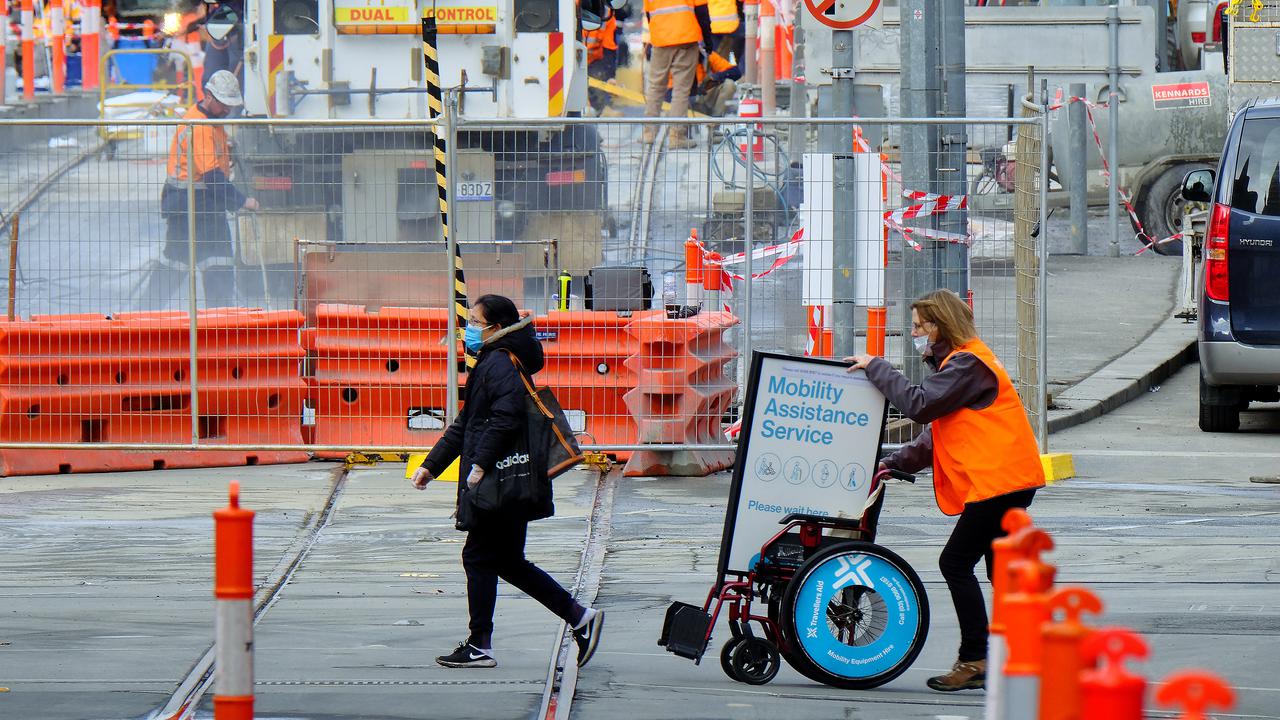 An announcement on Victoria's next step toward "Covid-normal" rules is expected on July 7. (AAP Image)

MELBOURNE, Australia — The Australian state of Victoria is aiming for its first full week of no Covid-19 community transmission since its fourth lockdown, as the state awaits a decision on eased restrictions.

An announcement on the state’s next step toward “Covid-19 normal” rules is expected on July 7.

Victorians have been living under the same set of restrictions for the past fortnight, including mandatory indoor masks and a 75 percent office workplace cap.

Business groups have been lobbying for both measures to be scraped, encouraging more Melbourne workers to return to the Central Business District.  The central business district (CBD) is Melbourne’s business and financial center. It encompasses the area from Flinders Street to Queen Victoria Market and from Spencer Street to Spring Street, plus the area between Victoria and Latrobe streets. 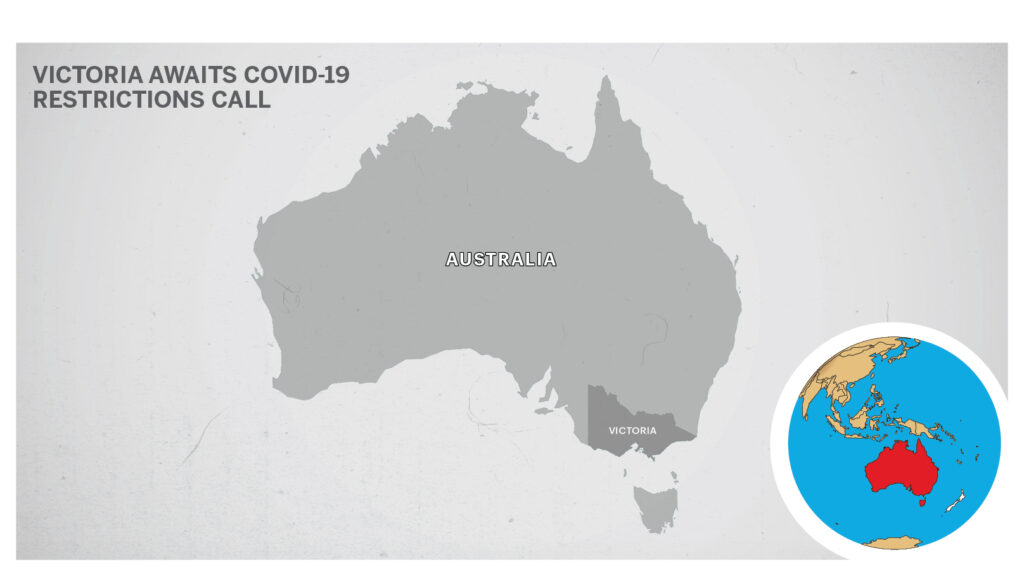 “The area is at a particularly low ebb, as office workers don’t want to spend the day with a mask on their face,” Australian Industry Group Victorian head Tim Piper said.

“Until changes are made, workers will be unwilling to return to work.”

Premier Daniel Andrews would not be drawn on whether face masks would still be required beyond 11.59pm on July 8.

“If masks across the board stop that one chain of transmission that gets away from us, then they’re worth wearing,” he said to the reporters on July 6.

Earlier this week, acting Chief Health Officer Dan O’Brien described masks as a “safety blanket” but said the public health team would review the mandate. Larger crowds at sports stadiums and theaters are also on the cards after planned capacity increases were delayed last week due to unfolding outbreaks across the country.

“That’s a decision that we’ll be making in the next 12 to 24 hours,” Sports Minister Martin Pakula said on the afternoon of July 6.

“I can’t pre-empt what that might be, but I make the point we’ve had six days of zero.”

Pakula added he hoped to see many thousands of Australian Football League fans in the clash between Carlton Football Club and Geelong Football Club on July 10.

It would be a welcome boost for Victoria’s struggling major events industry after the state government confirmed the cancellation of this year’s Australian Grand Prix and Grand Prix Motorcycle. Pakula said last week’s national cabinet decision to halve international returned travelers and lagging community vaccination rates made it unfeasible to host both events later this year.

He is confident those issues will be alleviated by 2022, allowing the Australian Open and Formula One race to go ahead in Melbourne.